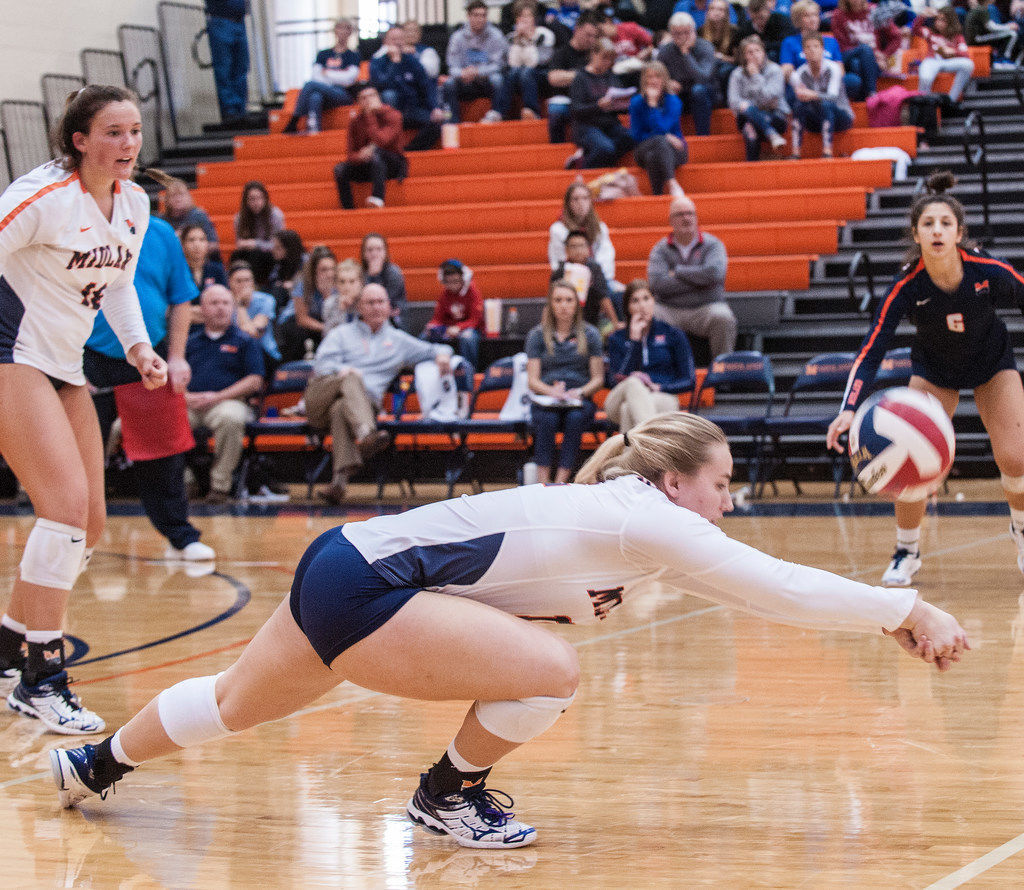 Bree Burtwistle of Midland University lays out for a dig during Saturday's Great Plains Athletic Conference Volleyball Tournament match against volleyball match Saturday against Dordt at the Wikert Event Center. The Warriors won in four sets. 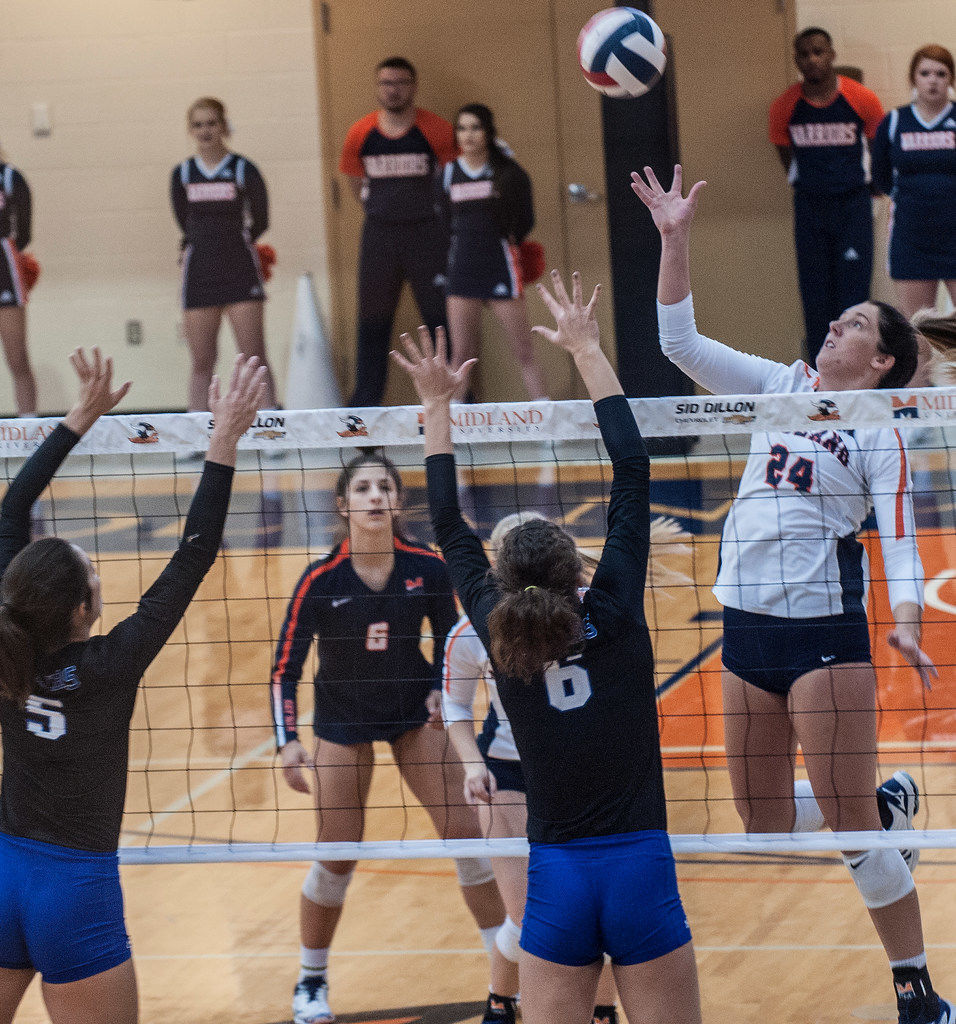 Midland's Maggie Hiatt  goes for a hit during a 2019 match against Dordt in the Great Plains Athletic Conference Volleyball Tournament.

The 22nd-ranked Dordt volleyball team is probably tired of facing No. 21 Midland University.

On Wednesday in Sioux Center, Iowa, the Warriors defeated the Defenders in five sets to wrap up the regular season. On Saturday night, fourth-seeded MU topped the fifth-seeded Defenders 25-23, 18-25, 25-21, 25-13 in the Great Plains Athletic Conference Tournament.

In the opening set, the Warriors hit .250 and recorded 17 kills. Midland led 17-13 on a Brooke Fredrickson kill, but the Defenders battled back. Karsyn Winterfeld’s kill tied it at 23.

Maddie Wieseler recorded a kill off a set from fellow freshman Hope Leimbach to give MU a one-point advantage. An attacking error by Megan Raszler helped MU close the set.

“I was really proud of the girls tonight,” Midland coach Paul Giesselmann said. “It was high-level volleyball in game one and for us to get that first game was a big key to the match tonight because we got the momentum going our way.”

Winterfeld’s kill helped Dordt tie the second set at 5, but kills by Fredrickson, Maggie Hiatt and Shelby Bretschneider, plus a Fredrickson ace gave MU a 9-5 advantage.

The Defenders got as close at 15-14 on a Jessi De Jager kill, but a 5-0 run by Midland protected the lead.

Dordt jumped to a 10-0 advantage in the third game behind three kills by Ally Krommendyk. Midland did cut the deficit to 20-18 on a Fredrickson ace, but a pair of MU hitting errors and kills by Winterfeld and Corrina Timmermans closed the set.

Midland never trailed in the fourth set. A 7-0 run that included a pair of kills by Sydney Morehouse put the Warriors up 15-5. Another Morehouse kill closed the match.

“We really played low-error volleyball,” Giesselmann said. “To be able to beat them twice in the same week I think shows how far our team has come since August. That’s really what we try to do. We’re constantly trying to improve the team. We make changes and stuff so that at the end of the season we’re playing our best volleyball.”

Fredrickson, a sophomore from North Bend, hit .400 and had a team-best 16 kills and three aces. Morehouse added 13 kills and hit .458. Hiatt, Taylor Petersen and Wieseler had seven kills each.

Giesselmann said the Warriors’ fans also played a role in the win.

“The crowd tonight was awesome,” he said. “We had a large group of parents and families and our student section was the best I’ve seen this year. Hopefully we can get a great crowd out again on Wednesday night for the semifinals.”

Midland, 19-9, gets to host Wednesday’s semifinal thanks to the College of Saint Mary upsetting top-seeded and No. 1-ranked Northwestern on Saturday. The Warriors and Flames will play at 7 Wednesday night in the Wikert Event Center.

Bree Burtwistle of Midland University lays out for a dig during Saturday's Great Plains Athletic Conference Volleyball Tournament match against volleyball match Saturday against Dordt at the Wikert Event Center. The Warriors won in four sets.

Midland's Maggie Hiatt  goes for a hit during a 2019 match against Dordt in the Great Plains Athletic Conference Volleyball Tournament.