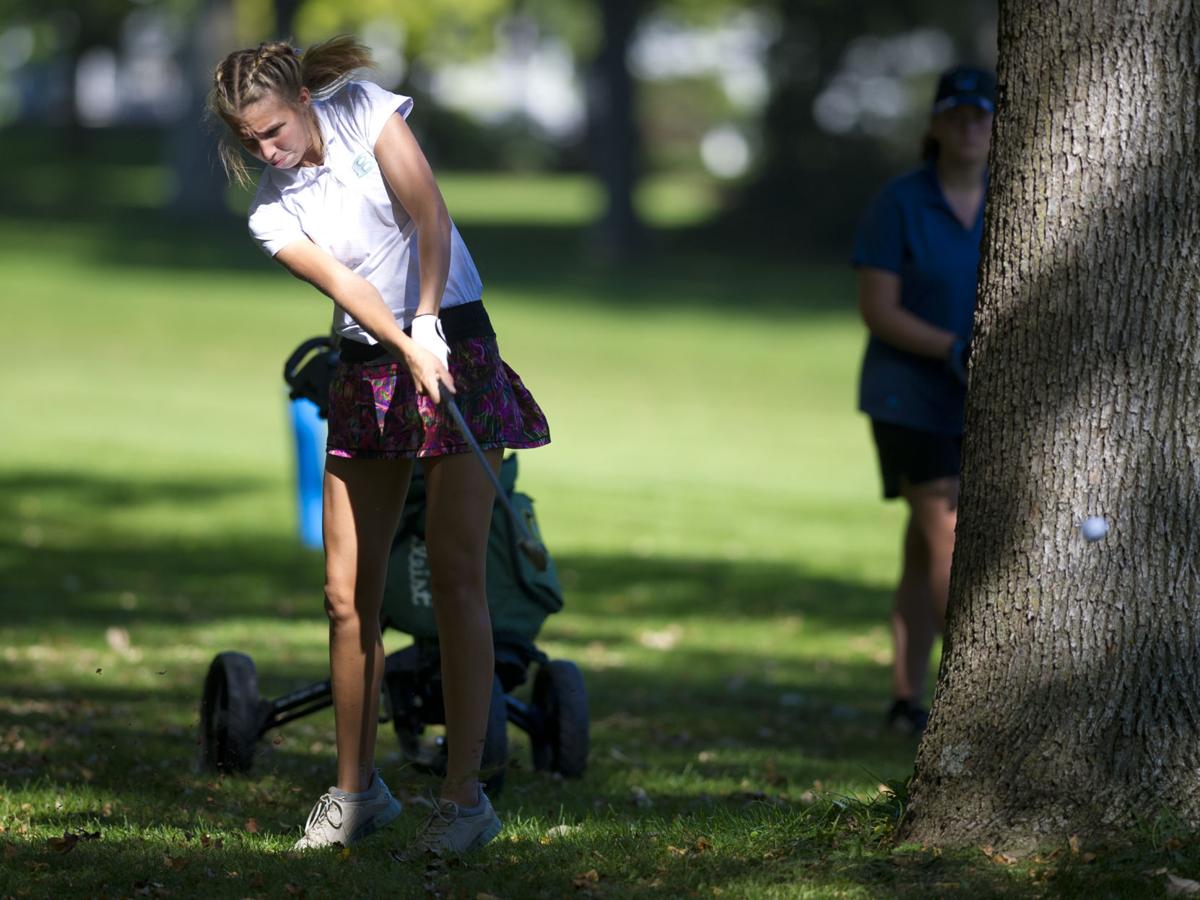 Bergan's Jocelyn Kumm hits around a tree on hole No. 14 at Elks Country Club Monday in the opening round of the Class C state tournament. 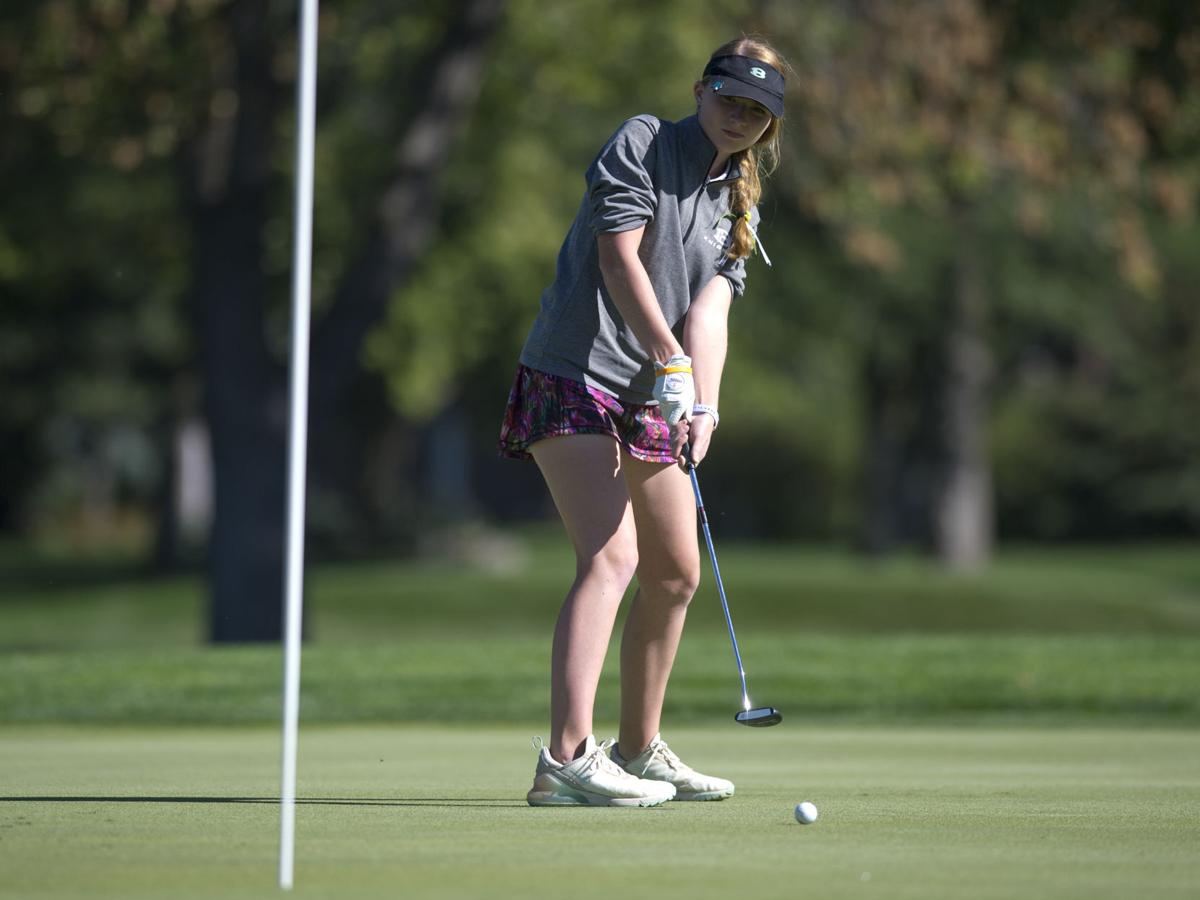 Bergan's Olivia Prauner watches her putt during the Class C state tournament Monday at the Elks Country Club in Columbus. 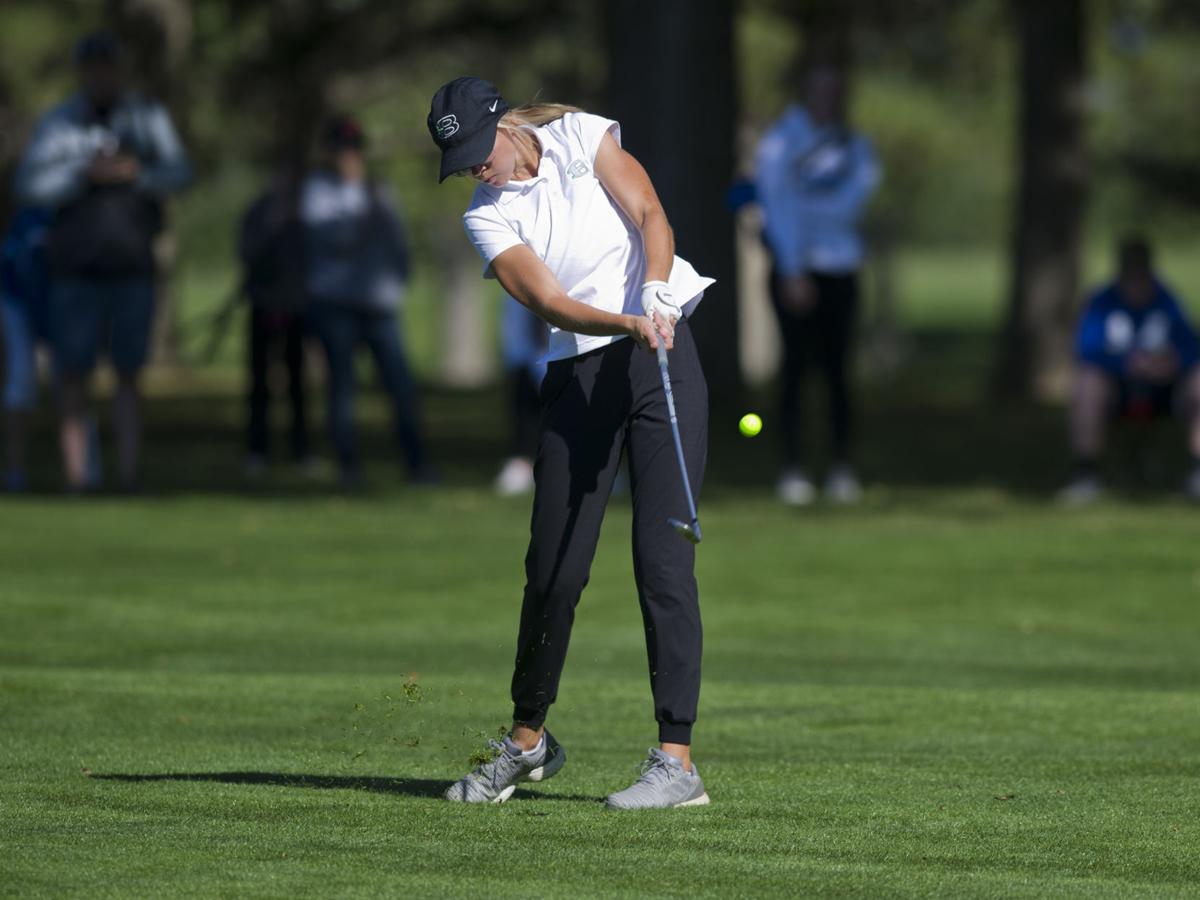 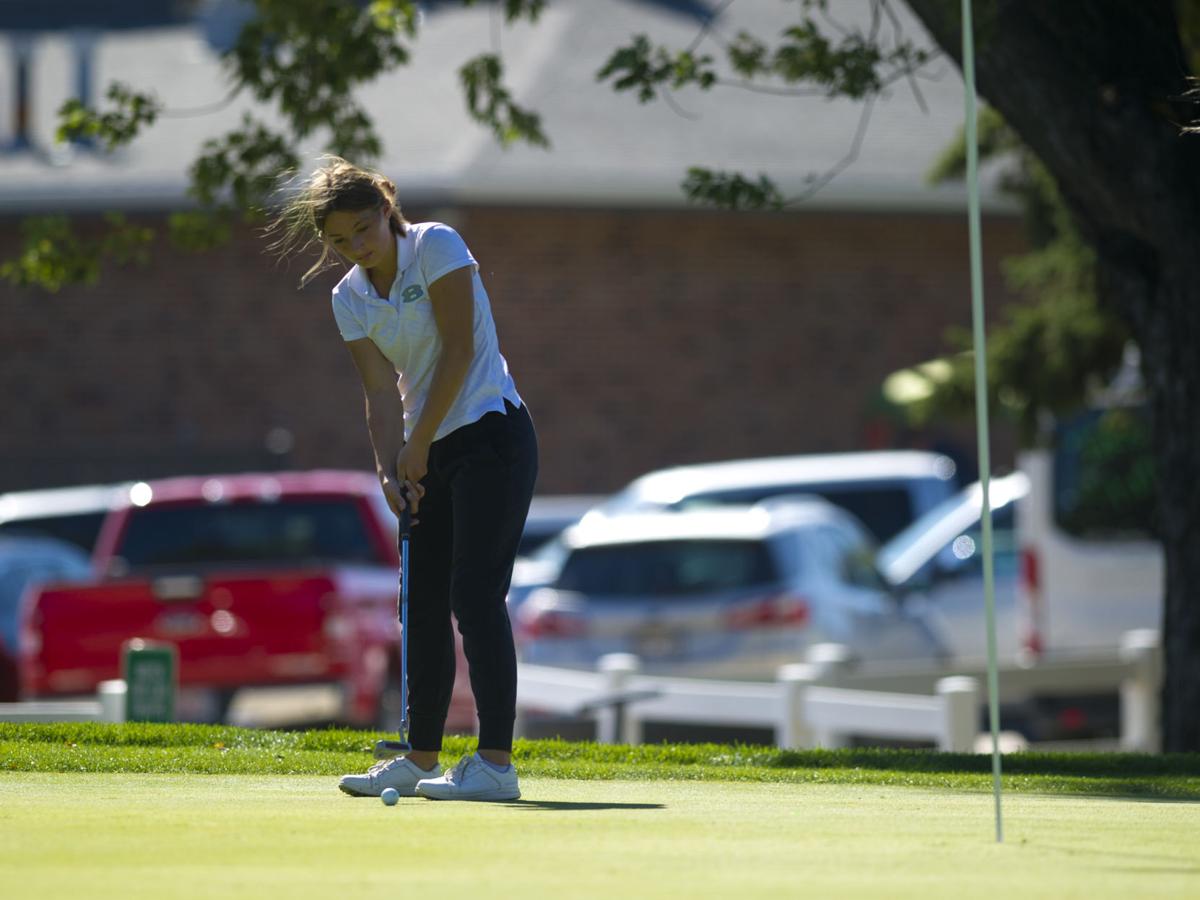 COLUMBUS—The Bergan girls golf team are enjoying their final rounds of the season, competing at the Class C state tournament at the Elks Country Club in Columbus Monday.

“The best part about state golf is that it’s state golf, it’s a great experience for the girls,” said Bergan coach Jeremy Murman. “The hard part is making it here and qualifying and now it’s just two bonus rounds of golf.”

The Knights sit in 14th at the end of the opening day of competition with a team score of 473.

“The girls had a lot of great holes, but also struggled a lot and found out this course has a lot of trees,” Murman said.

This is the first time Bergan has taken a team to the state tournament since 2018 and its the first state appearance for all four of the Knights’ golfers.

Jocelyn Kumm led Bergan with a +35, 107, carding the Knights’ low round on her birthday and is currently tied for 49th.

“Definitely could have been better,” Kumm said. “My long game was pretty good, my short game I need to work on.”

Kumm registered her lone par of the day on the par-four 12th hole.

Still, the junior is enjoying the experience of playing in the final tournament of the fall.

“It’s pretty cool especially since it’s my birthday and we weren’t really expecting it,” Kumm said. “Going as a team is so much more fun than just going by yourself.”

Olivia Prauner finished four strokes back of Kumm, shooting a +39, 111, and is tied for 56th. She carded a team-high two pars on the day.

Olivia Fedde wrapped up day one with a 116 and is tied for 71st.

Rounding out Bergan’s team score was freshman Ellie Sendgraff, who ended the day with a 139.

Columbus Scotus’s Cecilia Arndt is the individual leader after the first round, shooting a +6, 78, to lead Cozad’s Lynzi Becker by a stroke.

Scotus also holds the team lead at the end of day one with a team score of 369, leading Broken Bow by five strokes.

Giesselmann just off the pace in Norfolk

Competing in her first state tournament, Fremont freshman Ansley Giesselmann fired a +19, 89, and currently sits in a tie for 31st after the opening round of the Class A State tournament Monday at the Norfolk Country Club.

Giesselmann—one of four freshmen to reach the final tournament of the fall—had one birdie in her round on the par-four 16th.

Lincoln Pius X’s Nicole Kolbas sits atop the leaderboard after a -5, 67, breaking her own Class A state record for lowest round at the state tournament.

Lincoln Southwest holds a nine-stroke lead in the team standings over Lincoln East.

Mark Williams knows that returning Fremont basketball to its previous glory isn’t going to happen overnight, but he does know his Tigers squad…

March 12 is the date circled on every calendar in the Fremont locker room. It’s the end goal and the ultimate goal for the 2021-22 Tigers.

The Fremont swim team opened its season with a sweep of Columbus in dual action Thursday.

LINCOLN—The rematch of last season’s Class A championship needed two overtimes to decide, but the result remained the same.

The Fremont wrestling team opened its season at the Blair triangular Thursday, falling 69-12 to the host school and 54-30 to Papillion-La Vist…

Bergan's Jocelyn Kumm hits around a tree on hole No. 14 at Elks Country Club Monday in the opening round of the Class C state tournament.

Bergan's Olivia Prauner watches her putt during the Class C state tournament Monday at the Elks Country Club in Columbus.