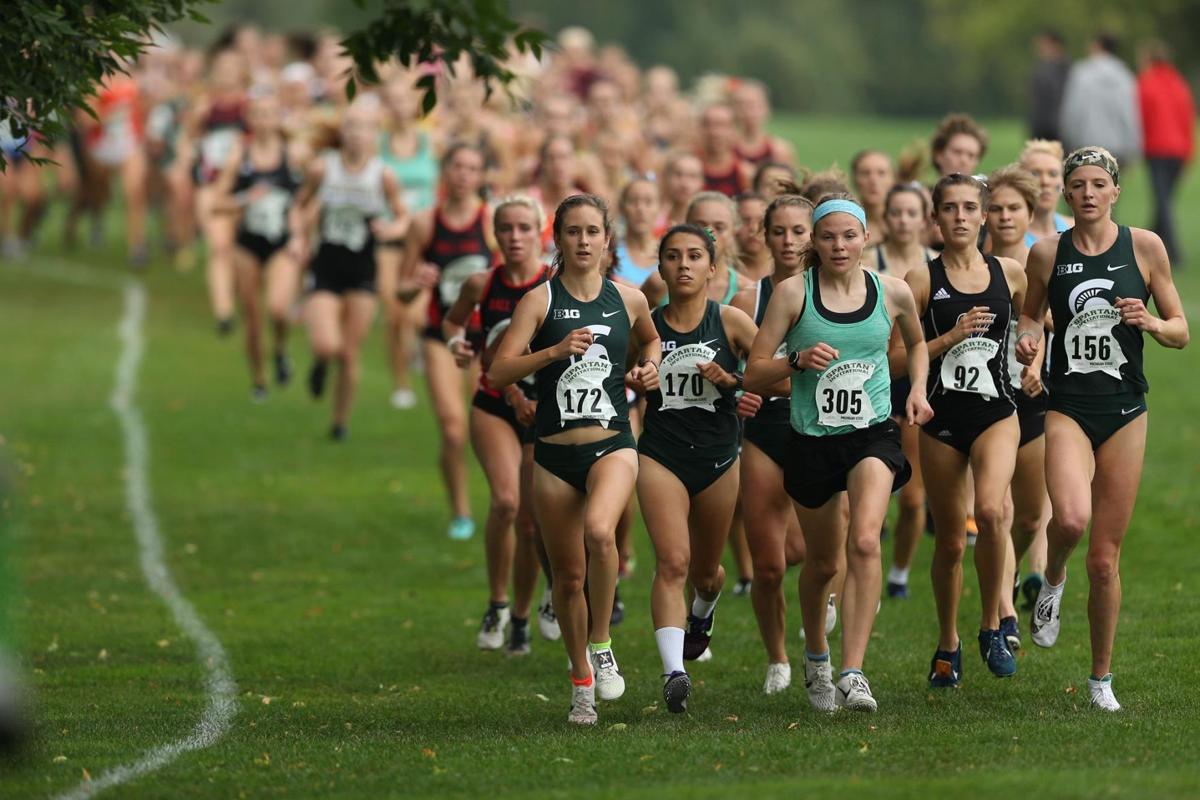 Jeralyn Poe (172) had her best cross country season as a senior at Michigan State, finishing eighth at Big Tens and 32nd at NCAAs. 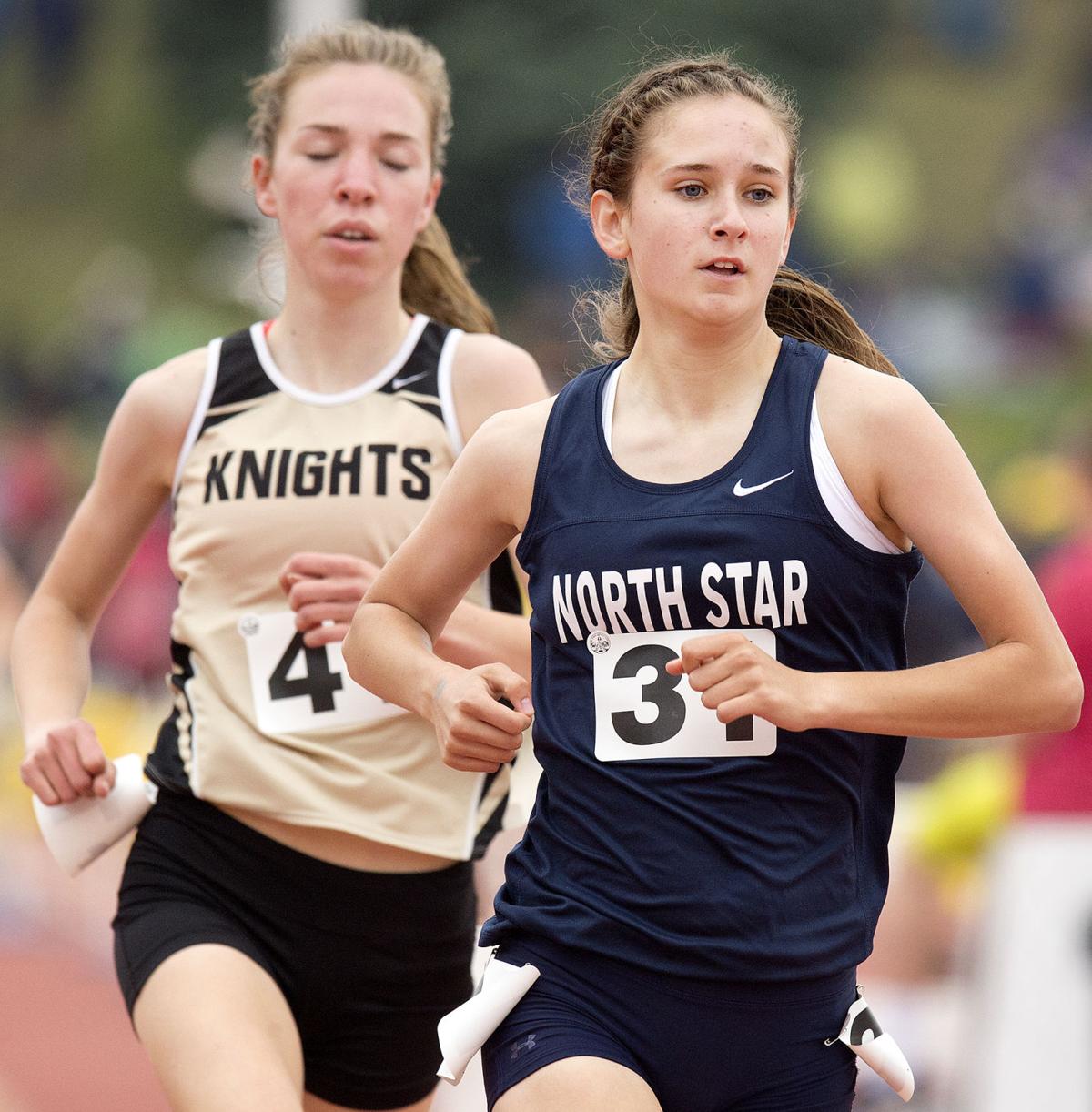 Jeralyn Poe's plan was to return to Lincoln in March.

The coronavirus pandemic was starting to take grip of the country and college students were heading home to finish semesters at kitchen tables.

So Poe started packing, and her parents were set to pick her up in East Lansing, Michigan.

But Poe wasn't ready to put Michigan State in her rear-view mirror.

"I was thinking, 'I can't do this. This is my home,'" the Spartan cross country runner and track athlete said. "It just didn't feel right to leave then, so I decided to stay for a few weeks."

Poe, a Lincoln North Star graduate, finished course work more than a week ago. She's officially a Michigan State graduate, though she admits the final chapter of her time at MSU was "pretty anti-climatic."

"I just hit submit (on the last final) and I was done," she said.

Though the finish at Michigan State closed under unconventional circumstances — most notably, losing a chance to compete in her final outdoor season — Poe said she is happy with her career as a Spartan.

Sure, Poe wanted to run this spring. After a strong indoor season — third place in the 3,000 meters and fourth in the 5,000 at the Big Ten indoor meet — she was looking forward to what could have been her best track season. Everything was starting to click, Poe says, and reaching nationals in the 10,000 meters wasn't a goal but an expectation.

Then spring sports were canceled.

"We were all very sad, but it didn't take long to realize; we just saw everything around the community getting worse, and it was obviously the right decision," said Poe, who became only the second Class A girls runner to win four state championships. "I would give up my track season if I could save people's lives."

The lost season didn't stop Poe from running. In fact, she continued to train this spring as if there was a season, running in the mornings.

College athletes learned in April that they could return in 2021 for another run at spring sports. The door was open for Poe, but the reality was she closed it in January when she put in place plans to attend graduate school at Northern Arizona.

"It wasn't even an option," said Poe, who ran at North Star from 2011-14. "I wish I could kind of remotely put on a Michigan State uniform in Arizona, but that's not an option. That would be nice though."

Despite one less season on her résumé, Poe enjoyed a standout career with the Spartans. She arrived at Michigan State with one goal: to be an All-American in cross country.

After qualifying for NCAAs as a freshman, sophomore and junior, Poe tied a bow on her cross country career with All-America honors as a senior, placing 32nd in a time of 20 minutes, 40.3 seconds last fall. Earlier in the season, she ran a career-best 20:29.6 at Big Tens and placed eighth.

Poe's athletic memories, however, went beyond the start and finish lines.

From a national title to a lost spring season in a matter days, Doane track and field standout Grint has no regrets

A runner at heart, Poe has logged a lot of miles over her high school and college careers. So her next long-distance jaunt shouldn't faze her.

Poe will pack up — for real this time — and drive to Lincoln before getting back on the road and driving to Flagstaff, Arizona, to begin graduate school. She'll be studying environmental geography at Northern Arizona with the hopes of working on the effects of climate change.

Poe technically has a season of eligibility remaining and could run outdoor track at Northern Arizona. She hasn't ruled it out, but noted the challenges.

"I imagined my whole time in college being in a Michigan State uniform," she said. "That would be kind of weird running for somebody else, but it is a possibility. It's just kind of how much time that I'll have with grad school. The classes are a lot more demanding, and I'll be doing research. I don't know how that will all fit in, but I would love the opportunity to race again."

Isaiah White’s path to Nebraska didn’t turn out to be a normal one, but it was a perfect match, nonetheless.

'Senior Day' series: After first deciding against being a thrower, Insingo became one of Nebraska's best

Kristina Insingo won four shot put titles during the indoor season and qualified for nationals before the season was shut down.

The Husker wrestler was among those disappointed due to a senior season cut short.

The Husker senior was in position to accomplish more in the small window of time that remained in her collegiate career. Then it was taken away.

With the uncertainty of the season offering one more game, Jason Munsch took advantage, firing an unforgettable no-hitter.

Kevin Cahoy doesn't have to look far for perspective in the wake of coronavirus concerns that canceled the spring season.

Jeralyn Poe (172) had her best cross country season as a senior at Michigan State, finishing eighth at Big Tens and 32nd at NCAAs.