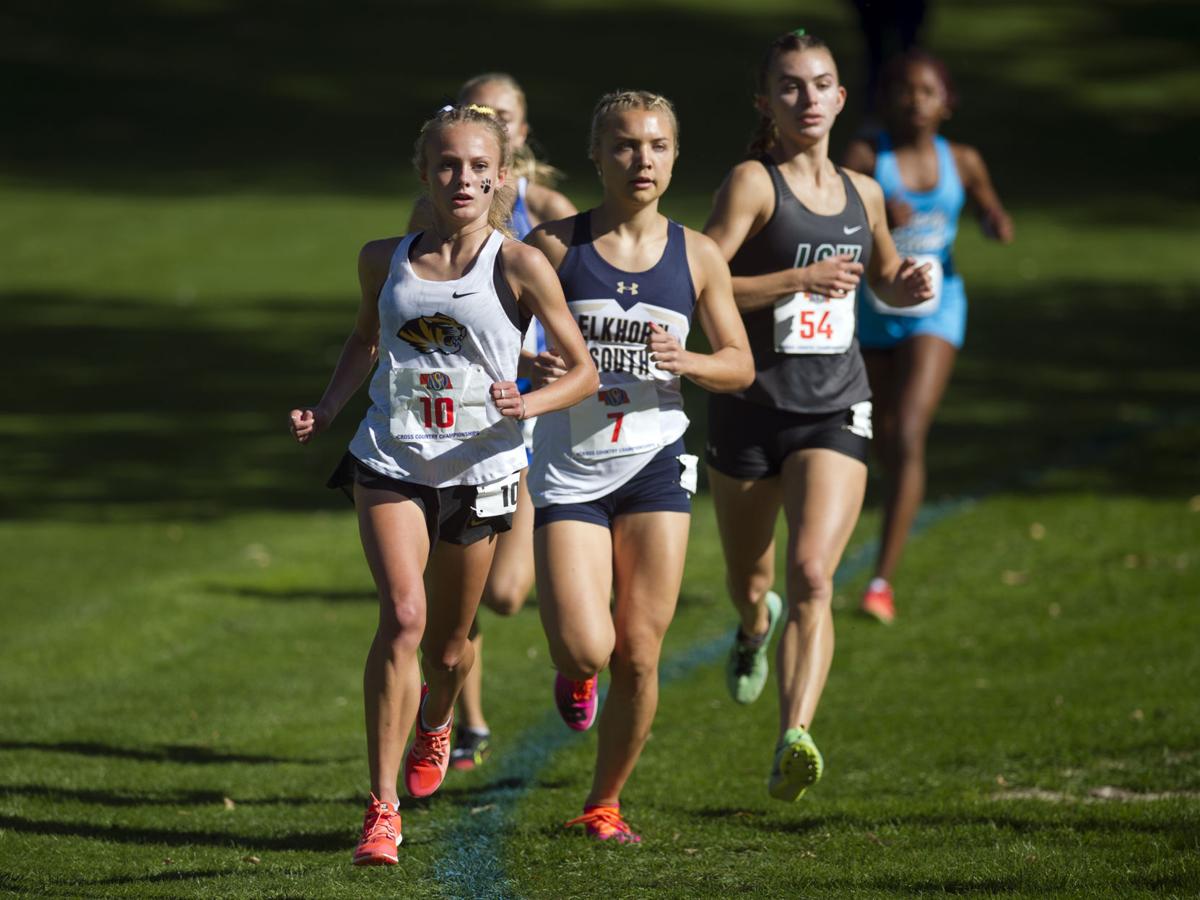 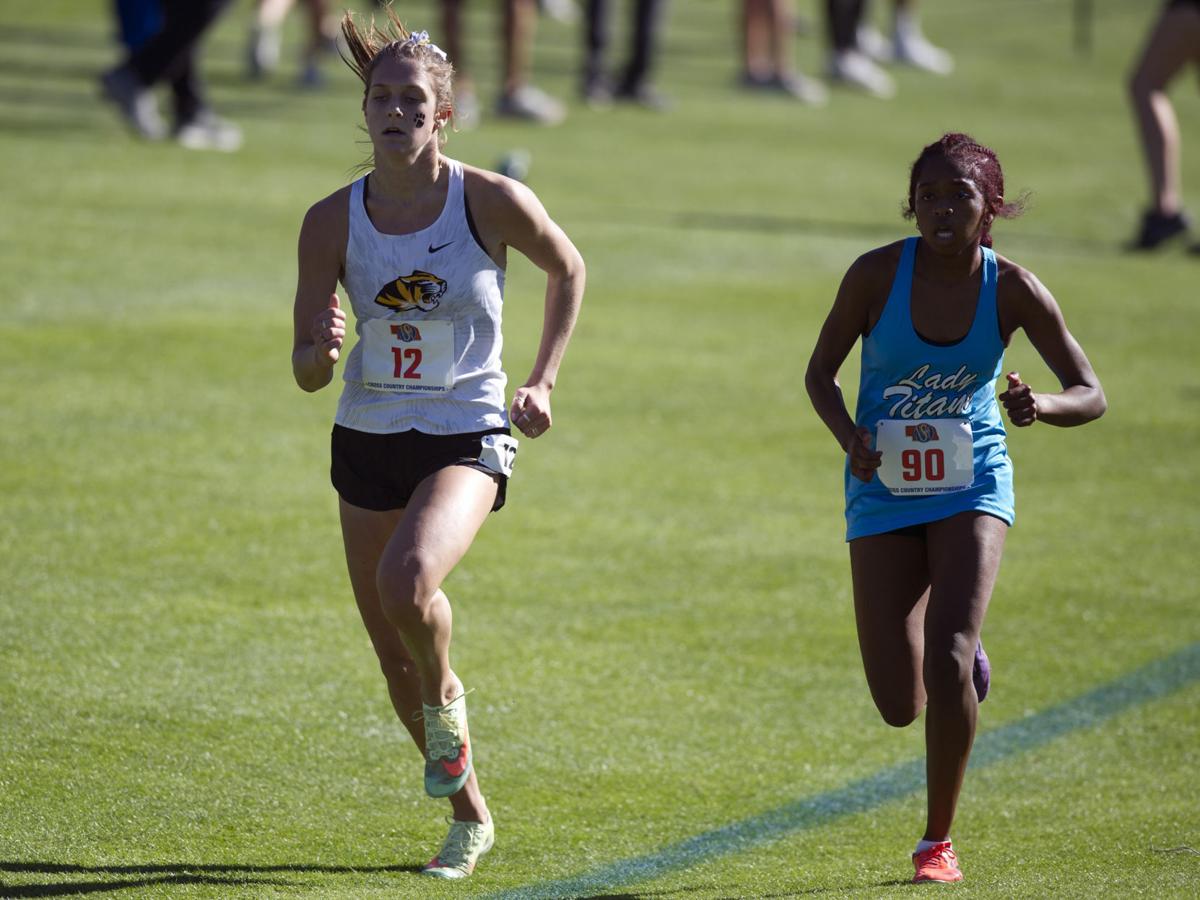 Fremont's Lucy Dillon pushes past a compeitior during the girls Class A state race Thursday in Kearney. 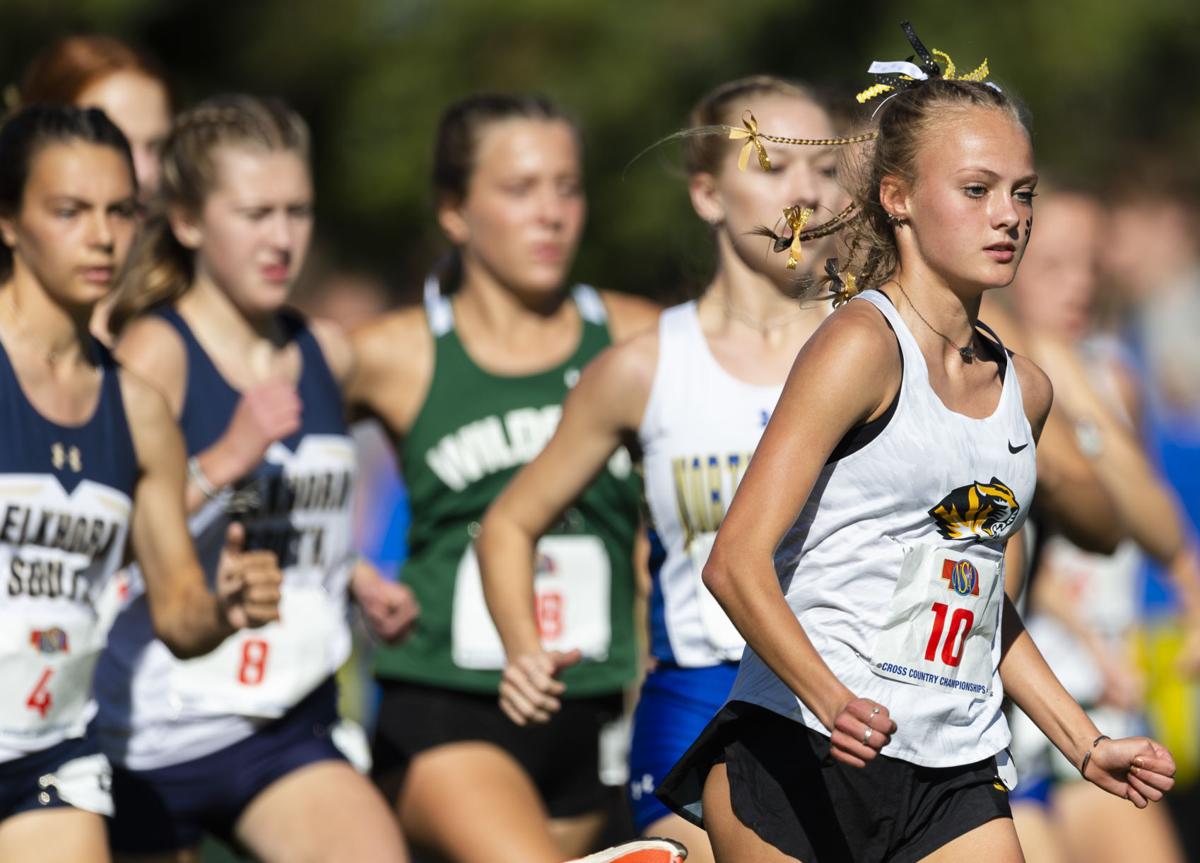 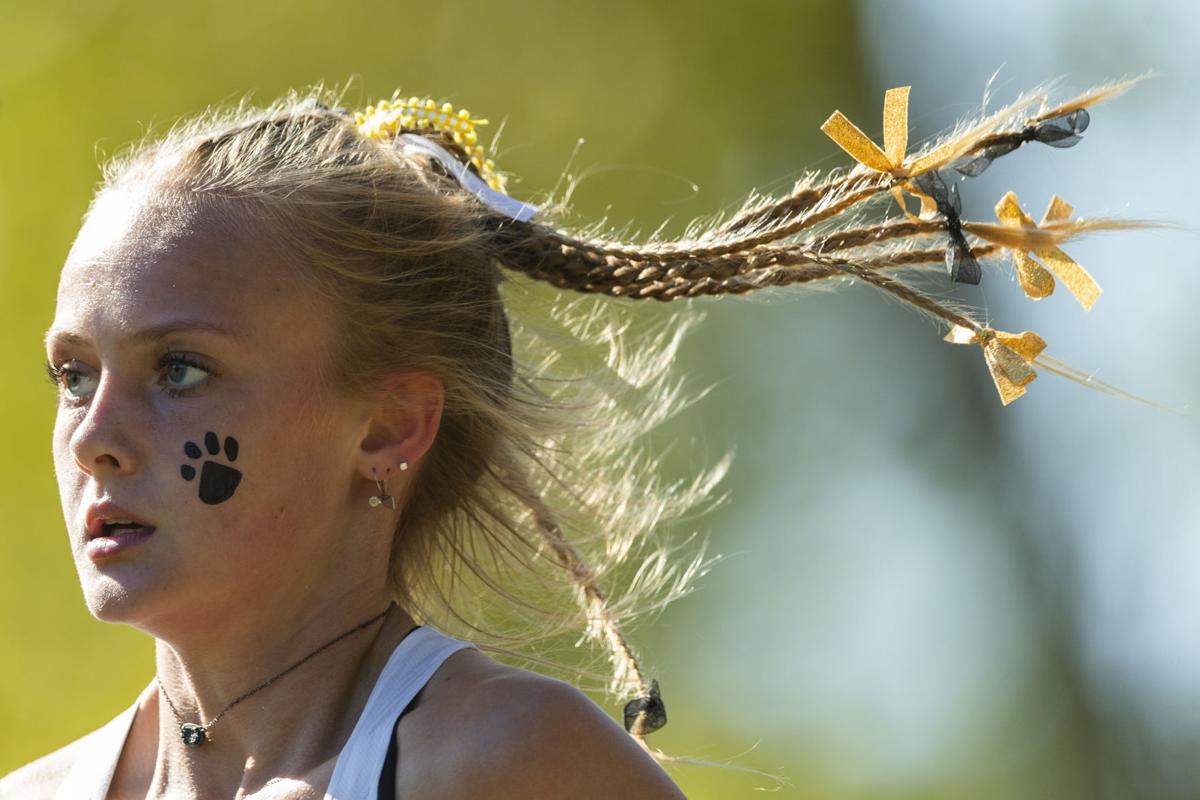 KEARNEY - Even Fremont’s Elli Dahl was a little shocked at how fast she was going at the girls Class A state meet.

“Looking at the clock at the mile, I was like holy crap am I supposed to be going this fast, but I trusted my workouts and everything I’ve done in my training up to this point, so I knew I had it in me,” Dahl said.

A blazing fast opening mile and a relentless pace throughout the final meet of her high school career left the Tigers senior alone in front, both in the race and the history books.

Dahl crossed the finish line in 17:58.93 to claim her second Class A girls individual title and shatter the previous Class A state race record of 18:11.

Dahl’s previous personal best of 18:04 was enough to own the school record, but Fremont coach Jake Smrcina knew if everything lined up, Dahl could go sub-18.

“On the right day, she was ready to take a big jump forward,” Smrcina said. “I’ve learned to say nothing is impossible for her.”

Breaking that record, and cementing herself as one of the all-time greats in the state of Nebraska was at the forefront of her agenda Friday.

Elkhorn South’s Jaci Seivers matched Dahl for the opening two miles of the race, but by the end of the 5k race, Fremont’s top runner had a 30 second lead on the rest of the field.

“I had a plan to surge at different points in the race because at some point not everyone can hang on to every surge that you make,” Dahl said.

Dahl finishes her seniors year unbeaten in a race against Nebraska competition and ends her career with state titles as a sophomore and a senior to go along with a third place finish as a freshman.

“Elli Dahl is at her best when it’s the most important,” Smrcina said. “That’s hard to coach, a kid has to have that internally.”

“With all the bumps and growing pains we had this year, there were a lot of moments of adversity where the ship could have gone another way and for this group to come together and get a state trophy for a fourth year says everything about who they are as seniors,” Smrcina said.

The Tigers ended the day with 87 team points, trailing only Lincoln East, who won with 54 team points.

“We put our best foot forward and made Lincoln East run their absolute best to beat us today and we took the race and made it ours,” Smrcina said.

Senior Lucy Dillon was the next Tiger to cross the finish line, pushing up to take 11th and earn a state medal with a time of 19:36.2.

“Lucy rallying at the end was exactly the Lucy Dillon we know,” Smrcina said.

Fellow senior Mia Wagner finished a spot outside of a state medal, crossing in 19:47.4 to take 16th.

Sophomore Maris Dahl ended her second year with the program in 26th, clocking in at 20:22.2.

Senior Avry LaFavor rounded out the Tigers team score with a 42nd place finish, crossing the final line a final time in 20:58.5.

Find your stocking cap and pack the hand warmers because the final Friday night of the high school football season is going to be a blustery, …

Fremont's Lucy Dillon pushes past a compeitior during the girls Class A state race Thursday in Kearney.