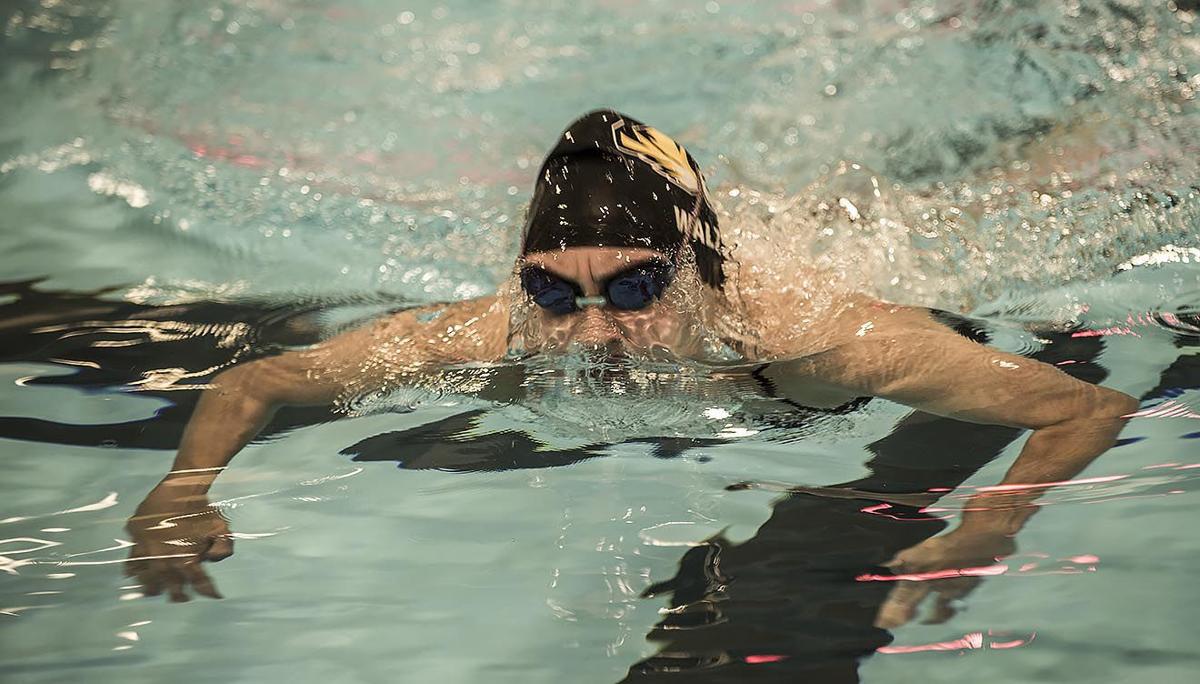 Emma Walz of Fremont swims the 200 IM during a dual meet last season against Columbus. The senior returns after finishing seventh in the Class A backstroke as a junior. 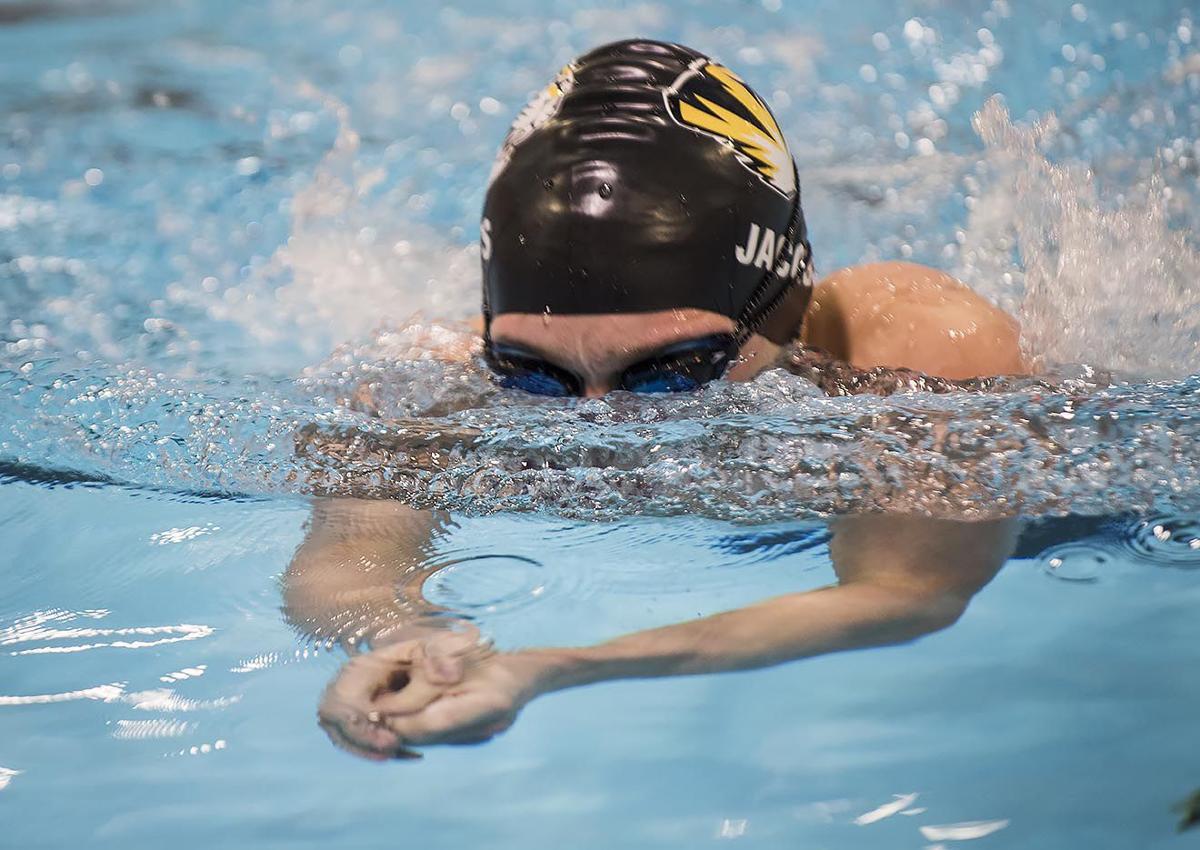 AJ Jacobus of Fremont High School competes in the 200 IM during a dual meet last season against Columbus High at the Dillon Family Aquatics Center. Jacobus is one of the returning lettermen for the Tigers.

That is because the veteran coach has a group of athletes that are focused on improving during each workout.

“They all have a great attitude toward the sport,” Granger said. “They are very dedicated to being at practice on time and getting to work.”

The Fremont roster, comprised of 20 boys and 17 girls, opens the season at 4:30 Thursday afternoon with a dual at the Columbus Aquatic Center against the Discoverers.

Senior Emma Walz returns after finishing seventh in the Class A 100 backstroke last season at the state meet.

“Emma is ready to work this season,” Granger said. “Her goal is to try and break every individual school record at FHS, as well as be a top competitor in the state again.”

Walz has the potential to help in several events, including relays.

“The 100 backstroke is her specialty as well as sprint freestyle,” Granger said. “It is a toss-up every year if it will be the 100 or the 50 free. The last two years we went 50 free, but her freshman year it was the 100. She has gotten so much stronger just in the last offseason that I think anything is possible with her.”

Walz is just one of the many athletes expected to lead the Tigers this season. That group also includes Lolly Barnes for the girls and AJ Jacobus, Mack Prince and Jack Norris for the boys.

“They are a great group of kids who are taking younger ones under their wings and leading by example,” Granger said.

Prince looks strong in the 100 freestyle and the 50 backstroke.

“He has his eyes on school records and state finals in both events,” Granger said.

Jacobus’ specialties are the 200 and 500 freestyles while Norris can help in relays and various individual events.

“We are still playing with what his main event focus will be,” Granger said.

“Coming in as a freshman, he can swim any event,” Granger said. “He is a great butterflyer.”

Connor Christ is expected to help in the breaststroke where he has swam a sub-1:10. Nathaniel McClellan also has the potential to help the Tigers.

“He joined us this year as a junior and he will be a great asset in relays as well as the butterfly,” the coach said.

Karsen Jesse is expected to help the girls in any of the freestyle events.

“She is so versatile that we are not sure where she will go this year,” Granger said. “She will also make a huge impact in the breaststroke for the medley.”

Granger is also excited about Addie and Ellie Schiemann. Both are expected to help in the relays.

“Addie will be the primary butterflyer and Ellie can swim any event,” she said. “Grace Blick and Lucy Dillon are new to the team so I’m not sure on events, but they will have impacts as well on the relays.”

The Tigers have already talked about goals they want to accomplish during the 2019-20 season.

“All are wanting to walk away with some dual wins, relay medals at the (Heartland Athletic Conference) meet and getting all three relays for both girls and boys back to state,” Granger said.

Granger said her swimmers are ready to start the season.

“I think Thursday is going to be solid,” she said. “We are hoping to get some state cuts out of the way.”

After the dual with Columbus, the Tigers will compete Tuesday at the Norfolk YMCA for a dual with the Panthers.

Fremont Bergan is 4-0 on the year and ranked fourth in the Lincoln Journal Star Class C-2 poll, but knows the toughest tests and a higher-leve…

Fremont knocks off No. 8 Grand Island for first win in rivalry series since 2009

There wasn’t any hesitation from Fremont coach Lee Jennings to go for two down 21-20 to No. 8 Grand Island in overtime.

Fremont’s run at the top of the Class A cross country rankings continued on Wednesday as both the Tigers and Lady Tigers kept their No. 1 rank…

Fremont lost its dual with Westside 8-1 with Alex Bigsby picking up the lone Tiger win at No. 1 singles.

Emma Walz of Fremont swims the 200 IM during a dual meet last season against Columbus. The senior returns after finishing seventh in the Class A backstroke as a junior.

AJ Jacobus of Fremont High School competes in the 200 IM during a dual meet last season against Columbus High at the Dillon Family Aquatics Center. Jacobus is one of the returning lettermen for the Tigers.