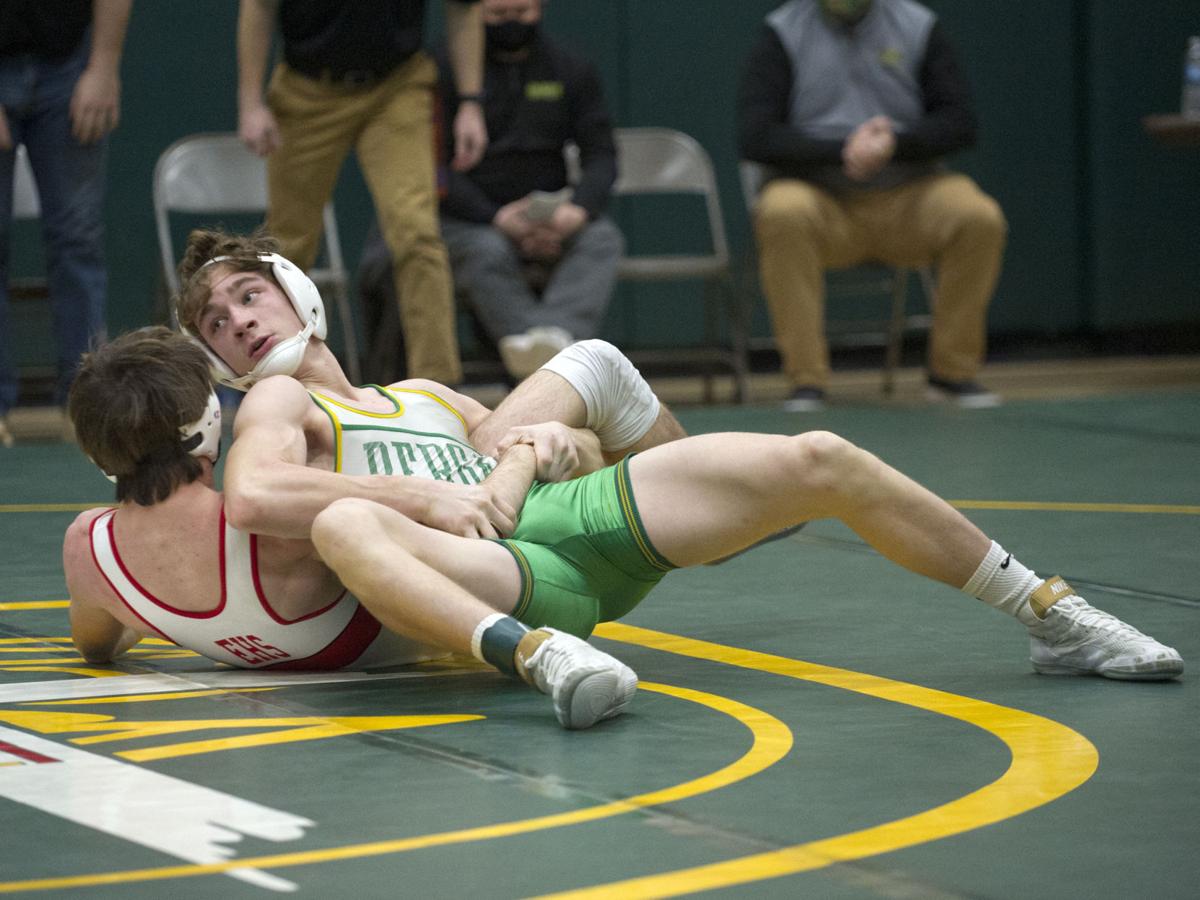 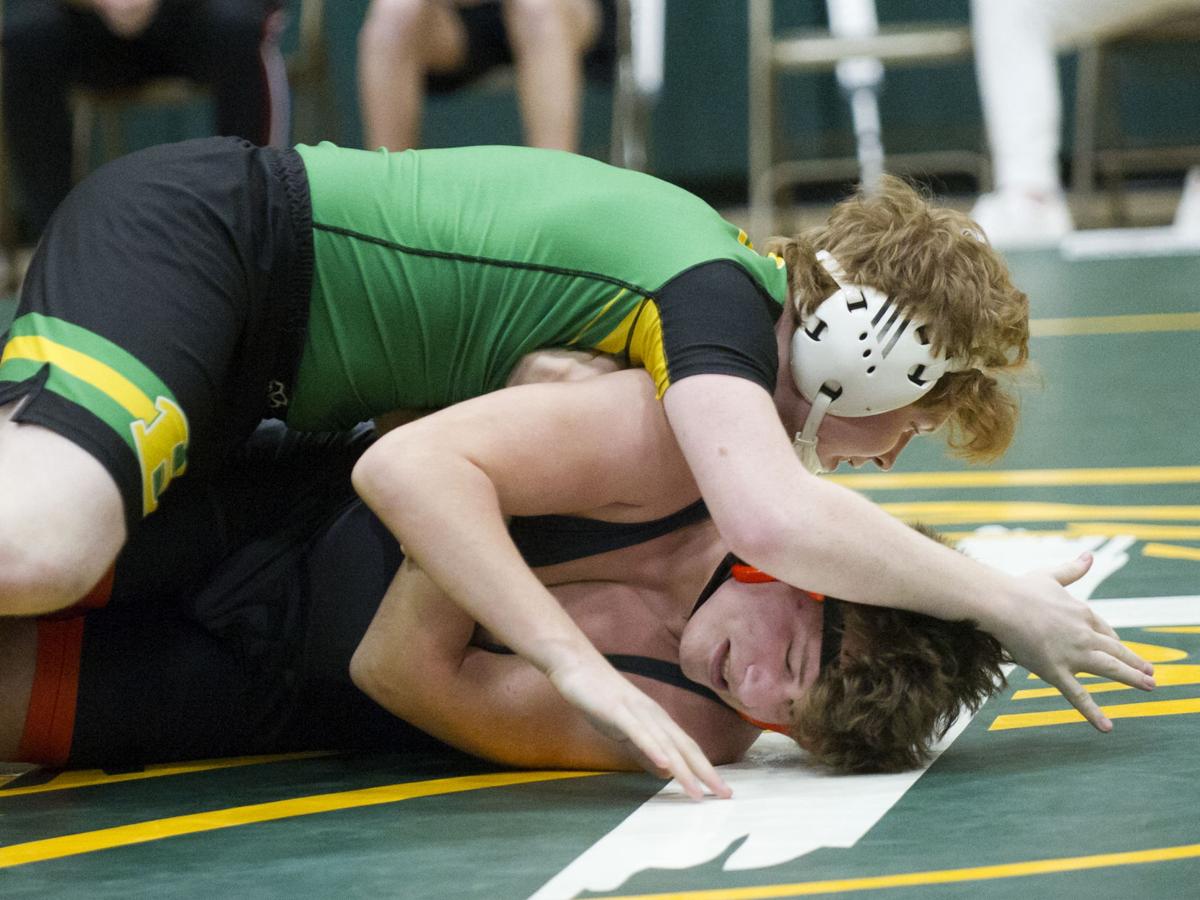 Fremont Bergan's Zelan Hurst (195) works to turn Fort Calhoun's Mason Touring during the Knights 51-24 loss to the Pioneers at the Bergan Duals Saturday.

Fremont Bergan went 0-4 at the Bergan Duals on Saturday, but still saw some standout performances at the individual level.

“Kind of like how our season has been, it was a little up and a little down,” Bergan coach Curtis Marolf said.

“I feel like we’ve been playing catch up the whole season, but I think we will get there,” Marolf said. “I trust the process and trust the kids to put in the effort to get to where they want to be at the end of the year, but that doesn’t mean we don’t get frustrated by results right now early on.

The Knights were open in eight weight classes.

“We still haven’t put our entire line-up out for different reasons,” Marolf said. “At some point we will put them all together and see how it goes for us.”

Cal Janke (145) produced a standout day for the Knights, as the only Bergan wrestler to go undefeated on the day.

“Cal wrestled really, really, really well today,” Marolf said. “He really has worked hard to clean up some stuff and get better in a few areas and that showed today.”

Marolf said he was pleased with how the junior strung together moves to secure the wins.

“Not just taking one attack and being done, but turning it into a constant flurry of attacks coming in and that is hard to defend,” Marolf said.

Hurst claimed a victory by pin over Fort Calhoun’s Mason Touring while Hedges toppled Elkhorn’s Brayton Lee with a first period pin while wrestling up at 285.

Next up for Bergan is a dual with Boys Town Thursday at Boys Town.

A career-high 37 points for junior Taylor McCabe helped No. 2 Fremont erase a double-digit first half lead and claim a 77-73 win over Glenwood…

The Fremont hockey team overcame a two-goal deficit in the third period to beat Omaha Metro 5-3 on Sunday at Sidner Ice Area.

Whatever Fremont coach Kelly Flynn told his team at halftime, he should keep in his back pocket.

The Fremont hockey team knocked off Westside 5-3 Wednesday at Baxter Arena behind a hattrick from Jax Sorensen.

The Bergan girls basketball team ran its win streak out to five games with a 47-27 win over Arlington Saturday.

Johnson goes for 26 in upset of No. 7 Omaha Concordia

Fremont Bergan's Zelan Hurst (195) works to turn Fort Calhoun's Mason Touring during the Knights 51-24 loss to the Pioneers at the Bergan Duals Saturday.