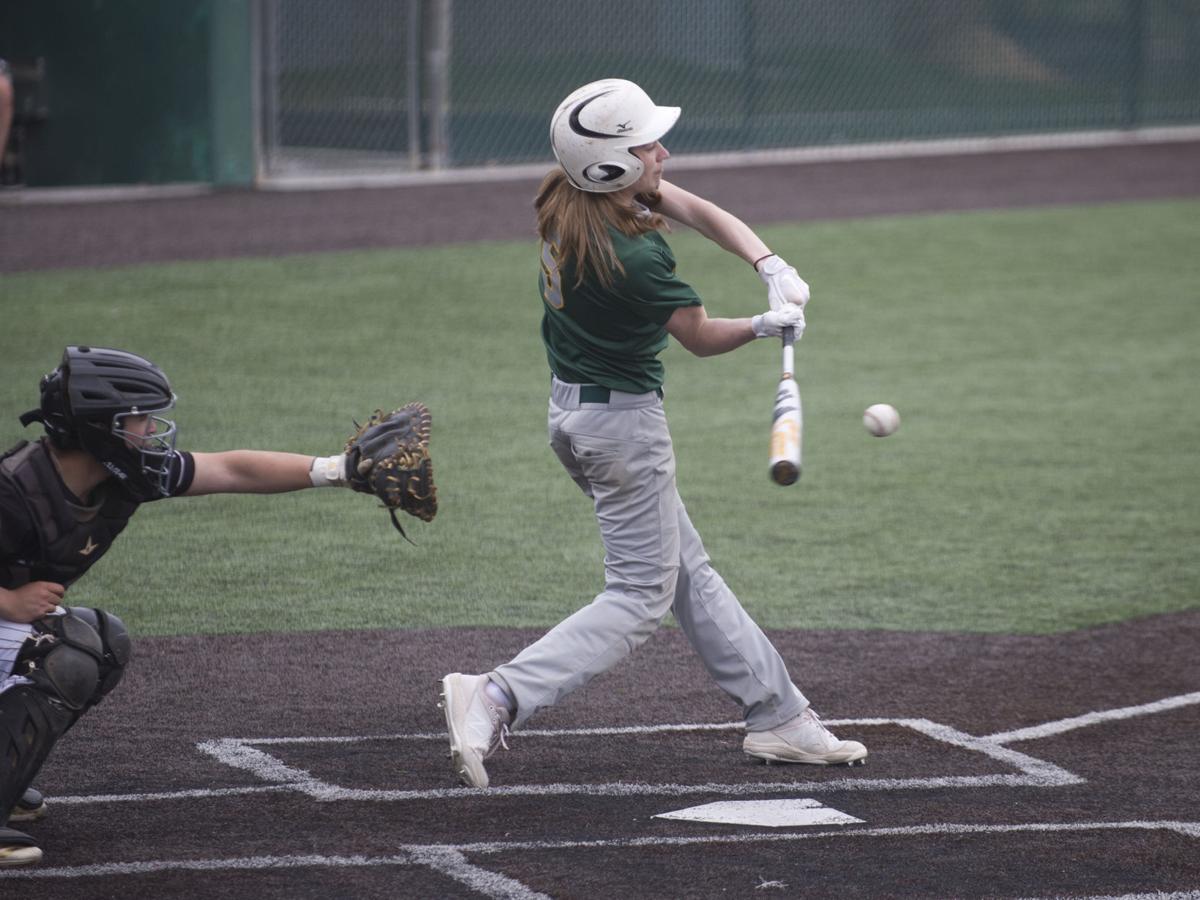 Bergan's Hunter Mueller hits a triple during the Knights 10-1 win over Lincoln Northeast Tuesday. Mueller went 2-for-4 with a triple, scoring a run and driving in two RBIs. 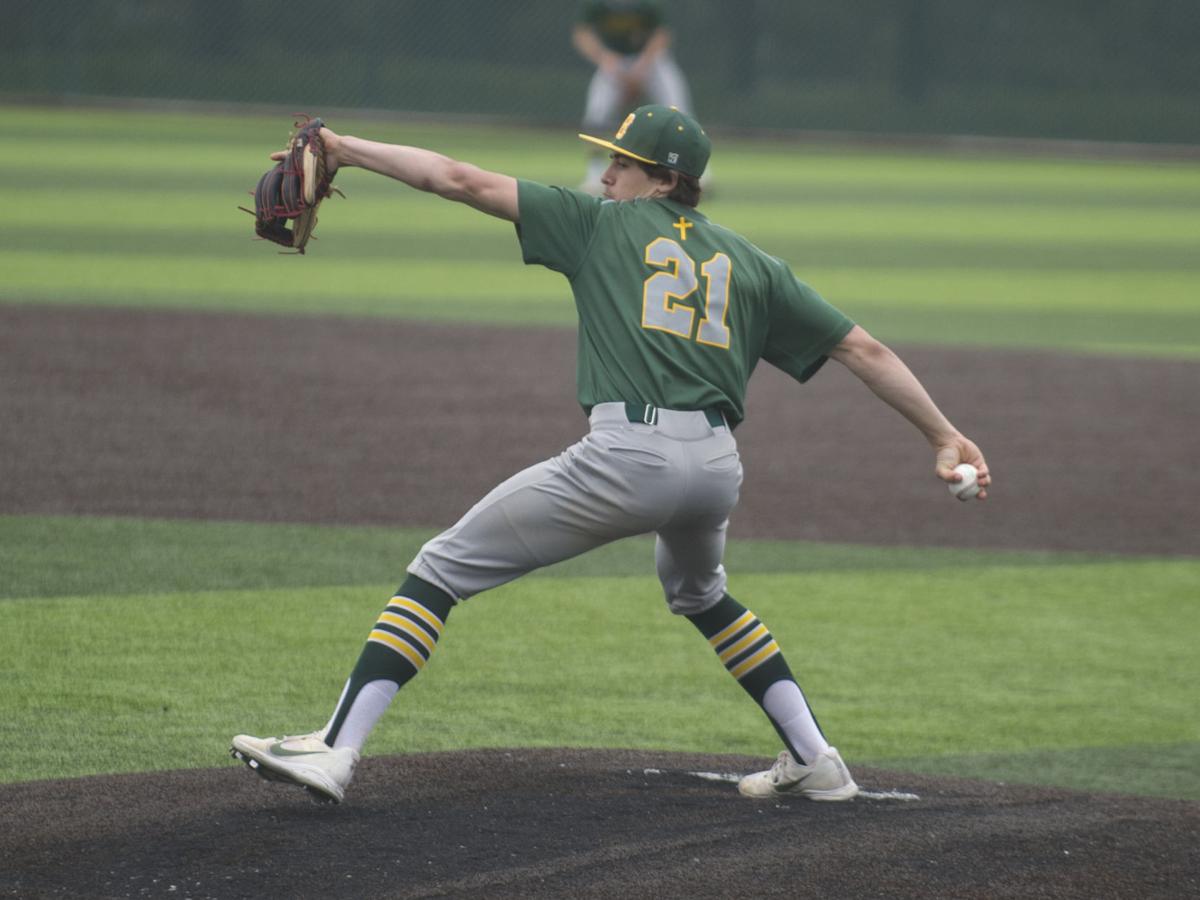 Bergan's Carter Sintek throws a pitch in the first inning of the Knights 10-1 win over Lincoln Northeast Tuesday.

No. 6 Bergan cruised past Lincoln Northeast 10-1 Tuesday at Den Hartog Field to secure the Knights third win in a row.

In all three wins, Bergan has plated double-digit runs.

“We’ve gotten ourselves in more of an aggressive mindset, especially on first pitch fastballs,” Bergan coach Jeff Hayden said. “Just hitting the pitches that we need to hit that are going to have good returns for us.”

Starter Carter Sintek flummoxed the Rockets batters, facing the minimum through three innings before surrendering his first base runner with one out in the fourth—he picked off the runner—before losing his no-hit bid on the next batter.

The junior finished his four innings of work with six strikeouts.

Sintek put himself in line for the win in the bottom of the first, bringing in Dawson Glause, who started the inning off with a double, with an RBI groundout.

Bergan opened up a 4-0 lead in the third with Quinn Gossett, who got the start behind the dish, hitting a bases loaded sacrifice fly to center for the first of three runs in the frame

The junior finished 1-for-3 with a walk in his follow up performance to Monday’s three-run homer.

“It’s nice to have a guy like Quinn,” Hayden said. “It doesn’t really fall off as far as between him and (Camden McKenzie), they are both really good catchers.”

Hunter Mueller deposited a single into short right field for a pair of RBIs.

Bergan extended its lead to 6-0 in the fourth on the back of a two-RBI double from Cal Janke.

Mueller sparked a run in the fifth, lacing a triple down the right field line. Jack Cooper brought him in with a sacrifice fly.

Bergan tacked on three more runs in the top of the seventh.

Issac Herink launched a double to start the scoring. Brandt Phillips followed with an RBI ground out to third.

Brady Millard put the finishing touches on the Knights scoring, bringing in Herink with a ground out to second.

Brenton Pitt took over on the mound after Sintek, allowing just one hit in two innings of work while striking out four.

The Rockets avoided getting shutout in the seventh, taking advantage of a Bergan error to plate their lone run of the day.

“I was really happy with how all three of our pitchers came out and threw,” Hayden said. “We got a lot of good work there, which is always good.”

Area entertainment calendar for April 30-May 6

Find out more about all of the upcoming entertainment options in the area.

Calendar of events for April 29-May 1

Find out more about area events and meetings taking place April 29 through May 1.

Bergan's Hunter Mueller hits a triple during the Knights 10-1 win over Lincoln Northeast Tuesday. Mueller went 2-for-4 with a triple, scoring a run and driving in two RBIs.

Bergan's Carter Sintek throws a pitch in the first inning of the Knights 10-1 win over Lincoln Northeast Tuesday.