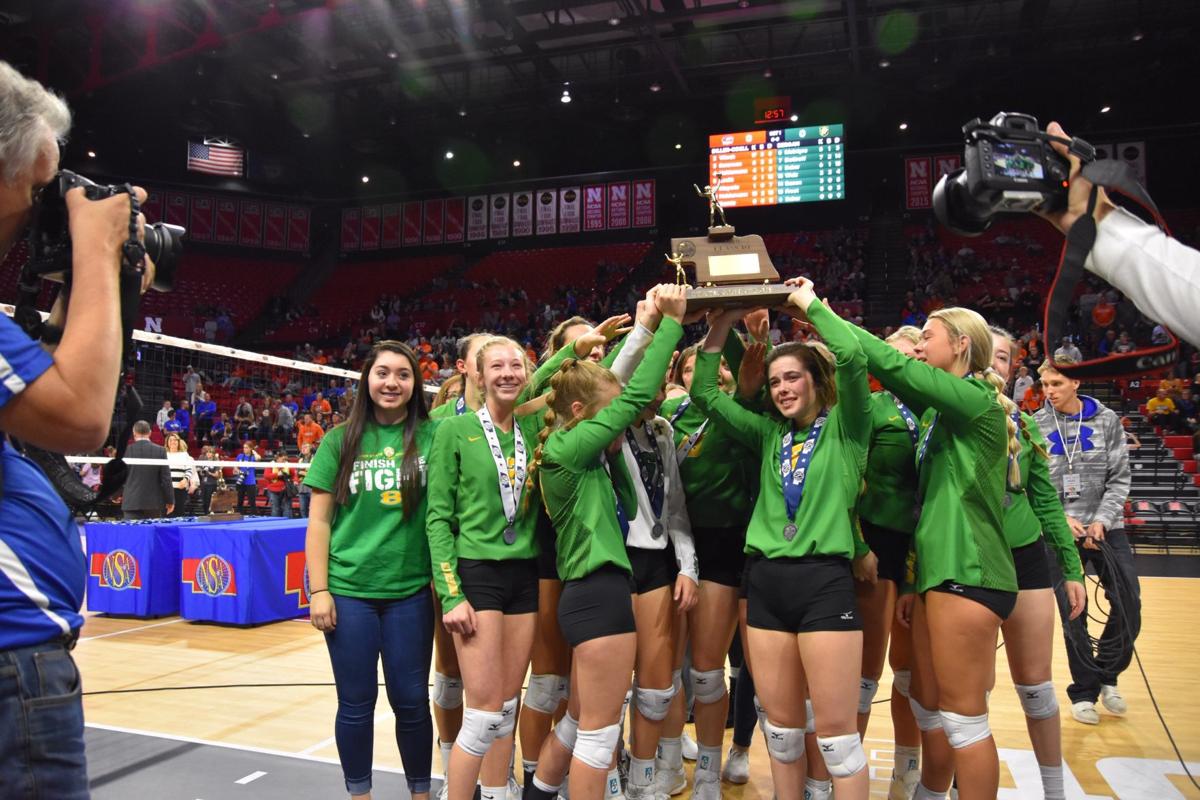 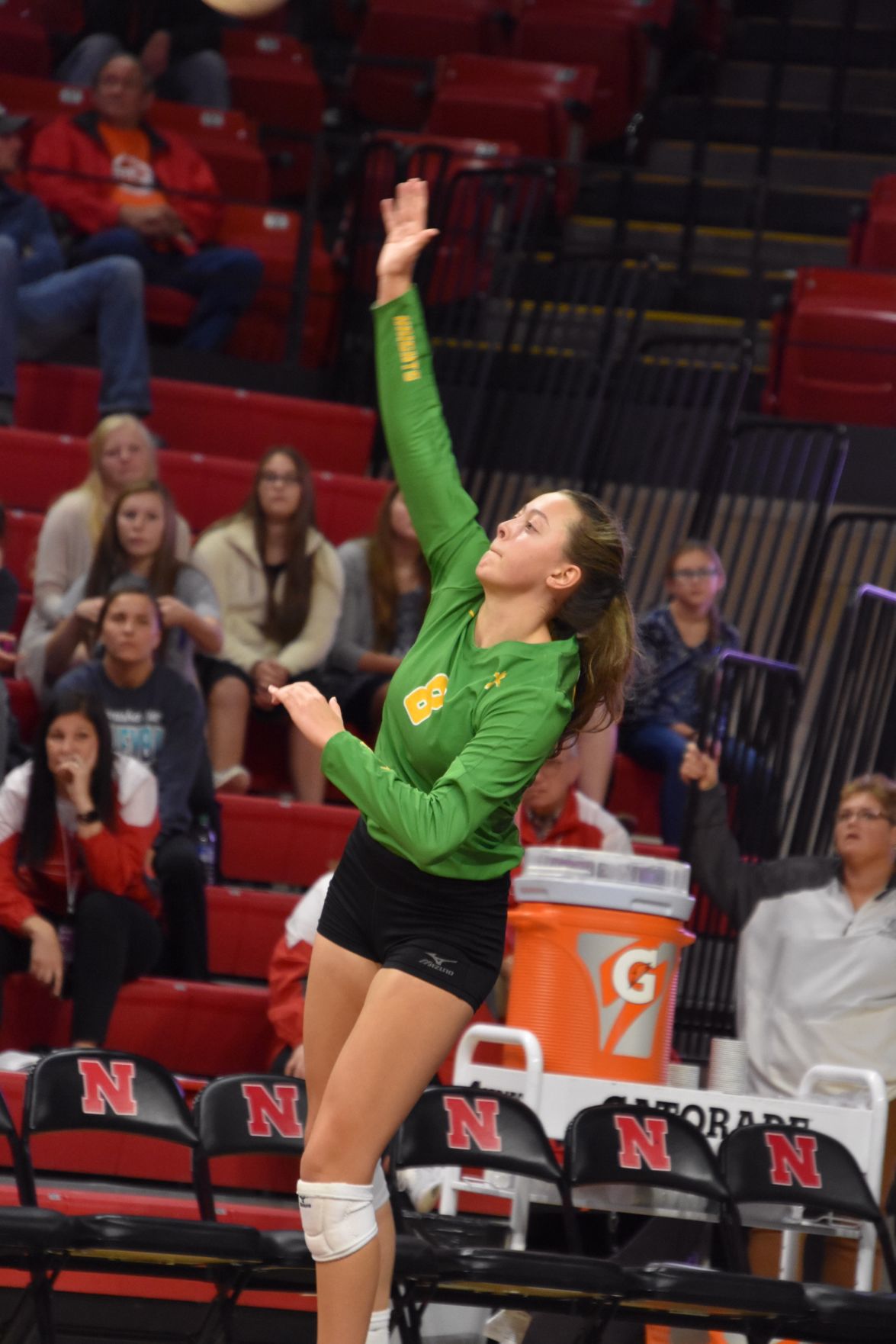 “Their serve was amazing today,” Bergan coach Sue Wewel said. “We knew they were going to serve aggressive. That was one of the things on our radar. We serve receive a lot in practice with a lot of hard serves. We just didn’t click with it today and they kept us off-balance.”

The Griffins broke to an 8-6 lead in the first set, but Kennedy Bacon’s kill and an D-O hitting error tied it. Allie DeGroff’s kill and a block by Emma Walz gave the Lady Knights an 11-9 advantage, but freshman Karli Heidemann’s hitting helped the Griffins go up 16-13. A Heidemann kill closed out the set.

A DeGroff kill, a net violation and a hitting error on Diller-Odell helped the Lady Knights break to a 3-0 lead in the second set, but the Griffins used a Mackenzie Vitosh kill and an Addison Heidemann ace to take the lead for good at 13-11.

“For our size of school to have the amount of good hitters that we do is really fun,” Diller-Odell coach Kandice Jurgens said.

The Griffins scored seven of the final nine points to go up 2-0 in sets.

The third set was tied at 4 before Lauren Baker and Hannah Frost combined for a block. Baker followed with a kill to give the Lady Knights a 6-4 advantage.

The Griffins tied it at 7 and then went on an 8-3 scoring run to take a 15-10 advantage. The Lady Knights, however, didn’t fold. A Baker block helped them close to 18-17 before a DeGroff kill tied it.

A Walz kill forced a tie at 21 and Bergan tied it once again at 22 on a Diller-Odell hitting error. The Griffins, though, scored the next three points, including Karli Heidemann’s match-ending kill.

“I thought we played great from beginning to end today,” Jurgens said. “I thought we really controlled the game.”

Addison Heidemann, an Iowa State recruit, had 37 set assists as the Griffins hit .256 compared to .089 for the Lady Knights.

Bergan ended the season at 30-12. Wewel said it is the second-winningest team in school history. The 2019 squad also set a record for most matches in a season.

“Our coaching staff is so unbelievably proud of the efforts of this small group of young ladies because from the get-go they knew that they were going to be in the state finals,” Wewel said. “They set their sights high and they went after it. We fell short by just a little bit, but the amount of memories that we put together over the weekend will last a lifetime.”