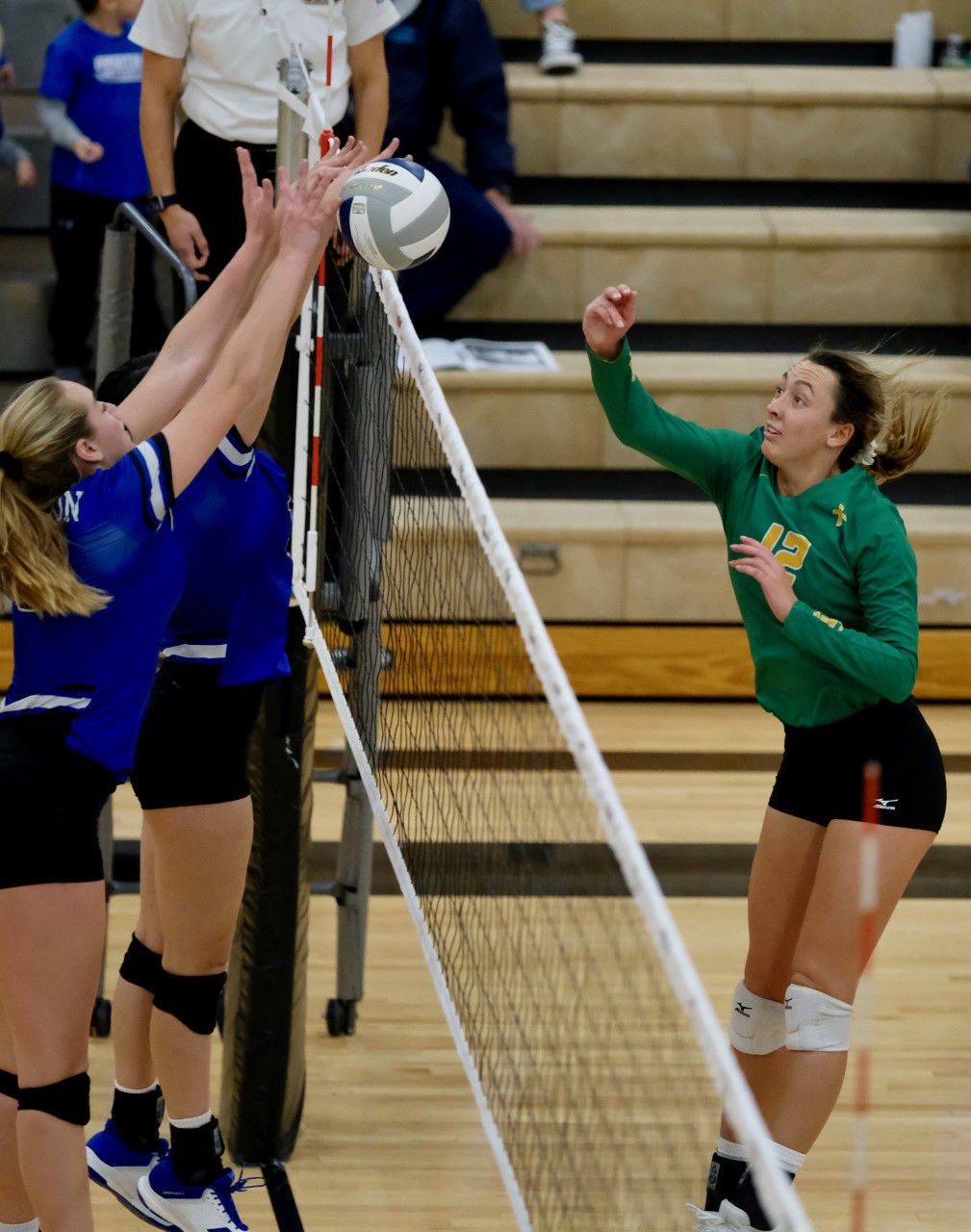 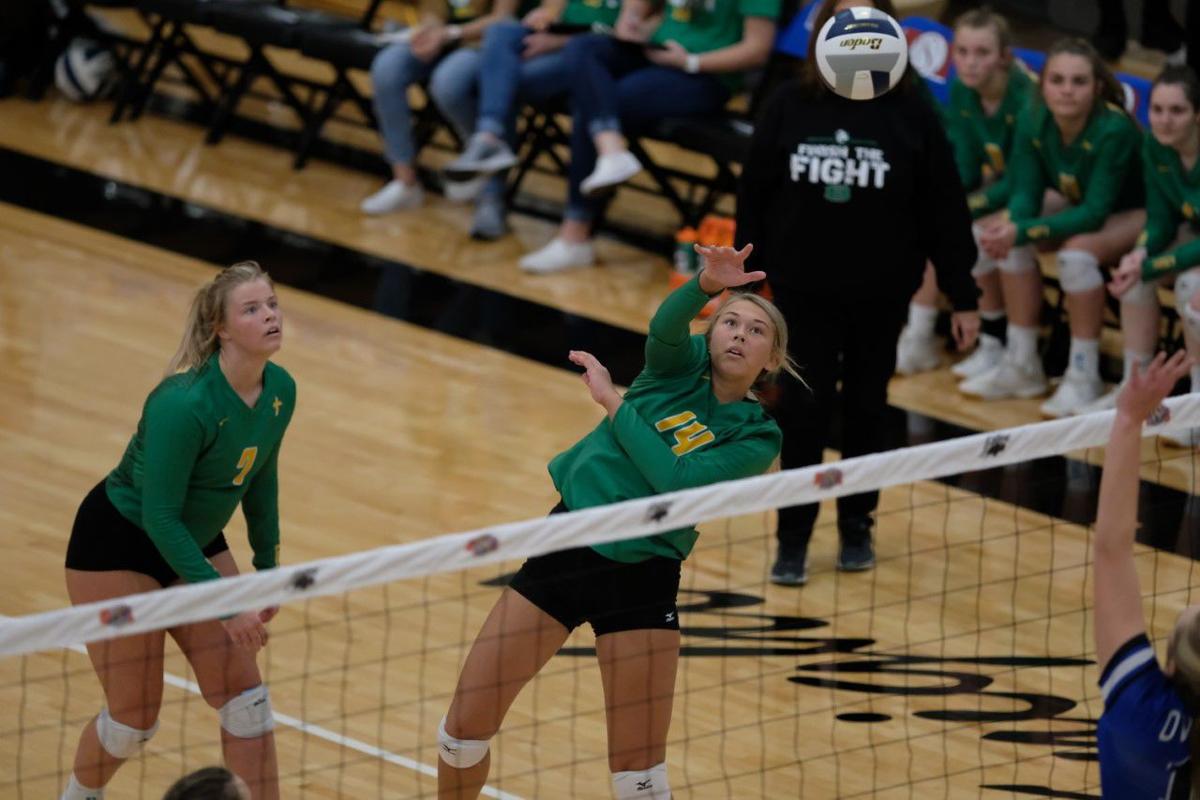 LINCOLN — Fremont Bergan found itself in a position Thursday at the state volleyball tournament that the Lady Knights never experienced during their 2018 Class D-1 state championship run.

The Lady Knights utilized their block to advance. Hannah Frost led the way with five solo blocks. Lauren Baker, Emma Walz and Kennedy Bacon had four each. Bergan finished with 18 blocks compared to one for the Eagles.

A hitting error by Kenzie Scheele of Overton put Bergan up 21-15 in the opening set. Scheele, though, hit back-to-back kills to start a 7-0 run by the Eagles.

Baker’s kill and a hitting error by Overton gave the Lady Knights set point, but Scheele’s kill and back-to-back aces by junior Haley Fleischman lifted the Eagles to the first-game win.

Bergan fell behind 4-2 in the second set, but a block by Walz and a Frost kill helped tie it at 5. The Lady Knights seized control with a 7-2 run that included a Baker kill.

The Eagles scored the first three points of the third set. They kept that advantage at 10-7 on a Rachel Ecklund kill.

Frost floored a kill to force the first tie of the third set at 10. Neither team built more than a two-point lead for the next several minutes. A Bergan unforced error gave the Eagles a 21-20 lead, but Frost gave the Lady Knights a spark.

The left-hander recorded three-straight kills to put Bergan up 24-21. Fleischman staved off one set point with a kill, but DeGroff ended it with a kill.

Ecklund’s kill helped the Eagles tie the fourth set at 12, but Frost and Bacon had kills during a 5-0 run that put the Lady Knights in control.

A Fleischman kill followed by an Ecklund block pulled the Eagles to within 22-20, but DeGroff and Frost hit consecutive kills before DeGroff ended it with an ace.

Linder got plenty of help. Junior Bella Paitz had 17 kills and junior Kaci Pierce added 13 for the Bulldogs (31-1), who also got 57 set assists from junior Natalie Siegel.

Lauren Nanninga had eight for HTRS.

A look at Saturday's results from the pool.

Class A districts are set: Fremont will host

The Fremont High girls basketball team will be the top seed when District A-7 play begins Tuesday.

Markowski, Aschoff too much for Fremont High girls

Not much could slow Alexis Markowski against Class A No. 7 Fremont on Friday night.