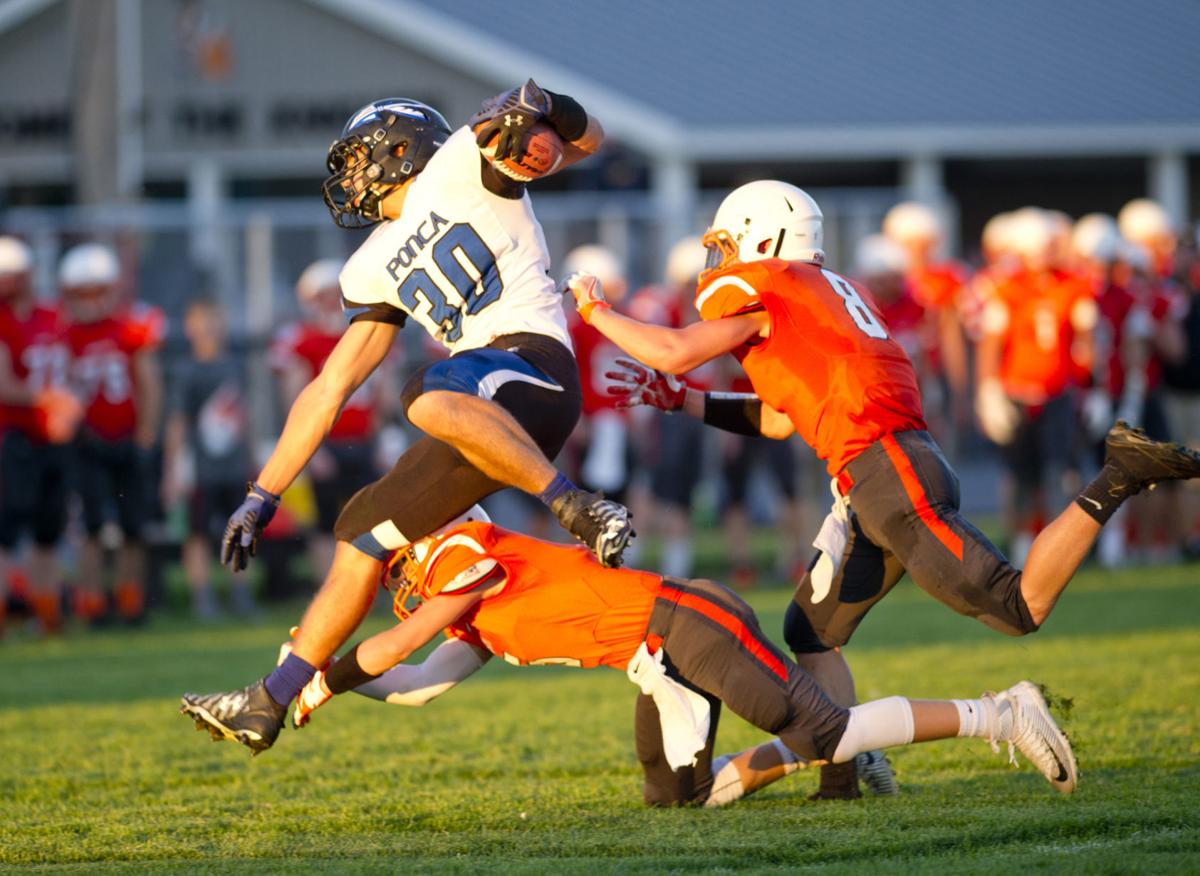 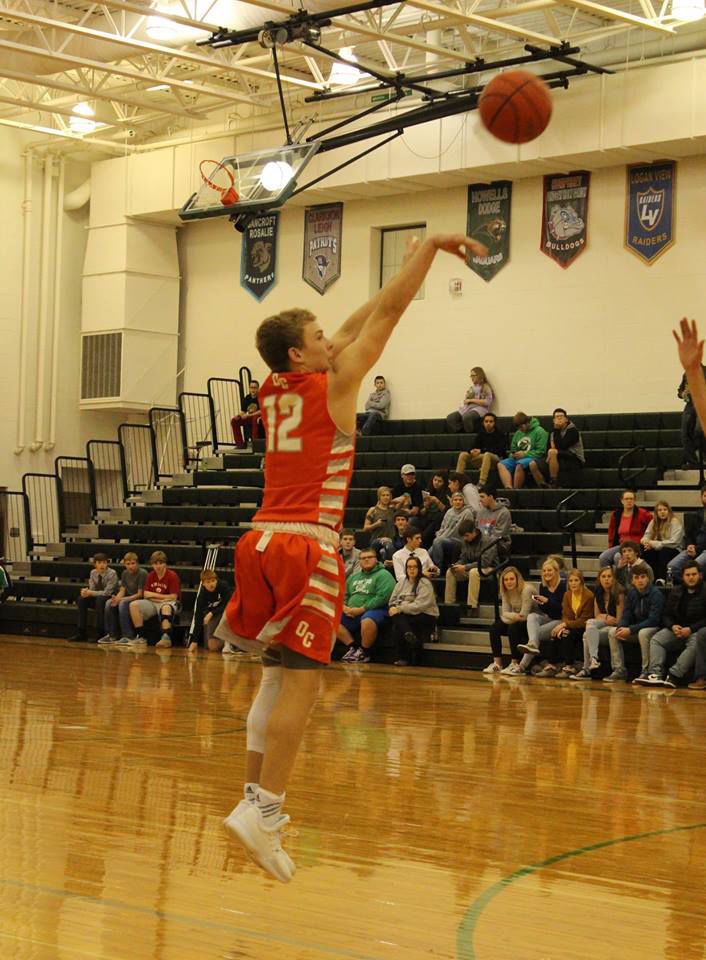 Garrison Dodge of Oakland-Craig shoots a jumper during a game last season. The senior-to-be is a returning starter for the Knights.

“I was so small, I could fit in the palm of my dad’s hand and he doesn’t have very big hands,” the Oakland-Craig senior-to-be said. “My mom (Jeannette) took me to a craft fair because they couldn’t find any baby clothes for me.”

Jeannette was holding Garrison at the craft fair when she overheard a conversation.

“This girl behind her was asking someone why my mom was being so careful and taking such good care of a doll,” Garrison said. “My mom heard it and she turned around and said, ‘That isn’t a doll. He is my son.’”

Dodge has come a long way since being a premature baby. He enters his final year at O-C as a standout in football and basketball. He also hasn’t forgotten the medical personnel who made it possible.

Funds will be raised by making donations or pledging money for athletic performances.

Other prep athletes have already shown their support, including Omaha Burke all-state linebacker Nick Henrich and Pender basketball standout Sam Mailloux. The latter is a summer hoops teammate of Dodge’s.

Dodge and his father were watching the NBA playoffs last month when they started talking about charities and helping people.

“My dad was talking about how I was born prematurely,” Dodge said. “He said that there really wasn’t any charity that helps with premature births. We kind of decided on it right there.”

The Dodges considered various names before coming up with Athletes 4 Children.

“It took us about a week to come up with the right name,” Dodge said.

Dodge has deep gratitude for the medical staff that helped him and his mother.

“My mom just went in for a checkup and the doctor told her that I had to come out and I had to come out right away because I was taking all of the energy away from her,” Dodge said. “It was possible that one of us might not make it.”

“We owe our lives to those amazing doctors and nurses,” Dodge said.

Dodge checked with the Nebraska School Activities Association and Children’s about his idea. Both gave him the go-ahead.

“I talked with the NSAA because they are kind of (picky) about rules,” he said. “I also talked to Children’s to see if I could use their logo. They asked what we were doing and once we explained it, they gave us the OK.”

Reaction to the fundraiser has been nothing but positive.

“I was in the gas station here getting some breakfast after weightlifting,” Dodge said. “One of the guys said he would buy my food for me. I was like, ‘What?’ and he just told me that he loved what I was doing and to keep it up. It made me feel good that I’m doing something that is getting everyone’s attention. They support it fully and they like the idea of someone from Oakland doing something like this.”

Dodge is hopeful that the fundraiser will catch on all over the state.

“I want this to go Nebraska-wide,” he said. “My goal is to get someone from every school and sport.”

There are a variety of ways to pledge — $1 for each kill in volleyball, $1 for each strikeout in baseball, a buck for a pin in wrestling — but Dodge stressed it isn’t just for athletes.

“There are a lot of ways to help, but you don’t have to play sports to participate,” Dodge said. “You can just donate because you want to. You can help by just donating a dollar.”

With several protocols now in place, Shrine Bowl remains a go, but one big hurdle remains

The Nebraska Shrine Bowl is still on for July 11 in Kearney, but health officials still must sign off on it and players will be required to meet some health protocols.

Garrison Dodge of Oakland-Craig shoots a jumper during a game last season. The senior-to-be is a returning starter for the Knights.