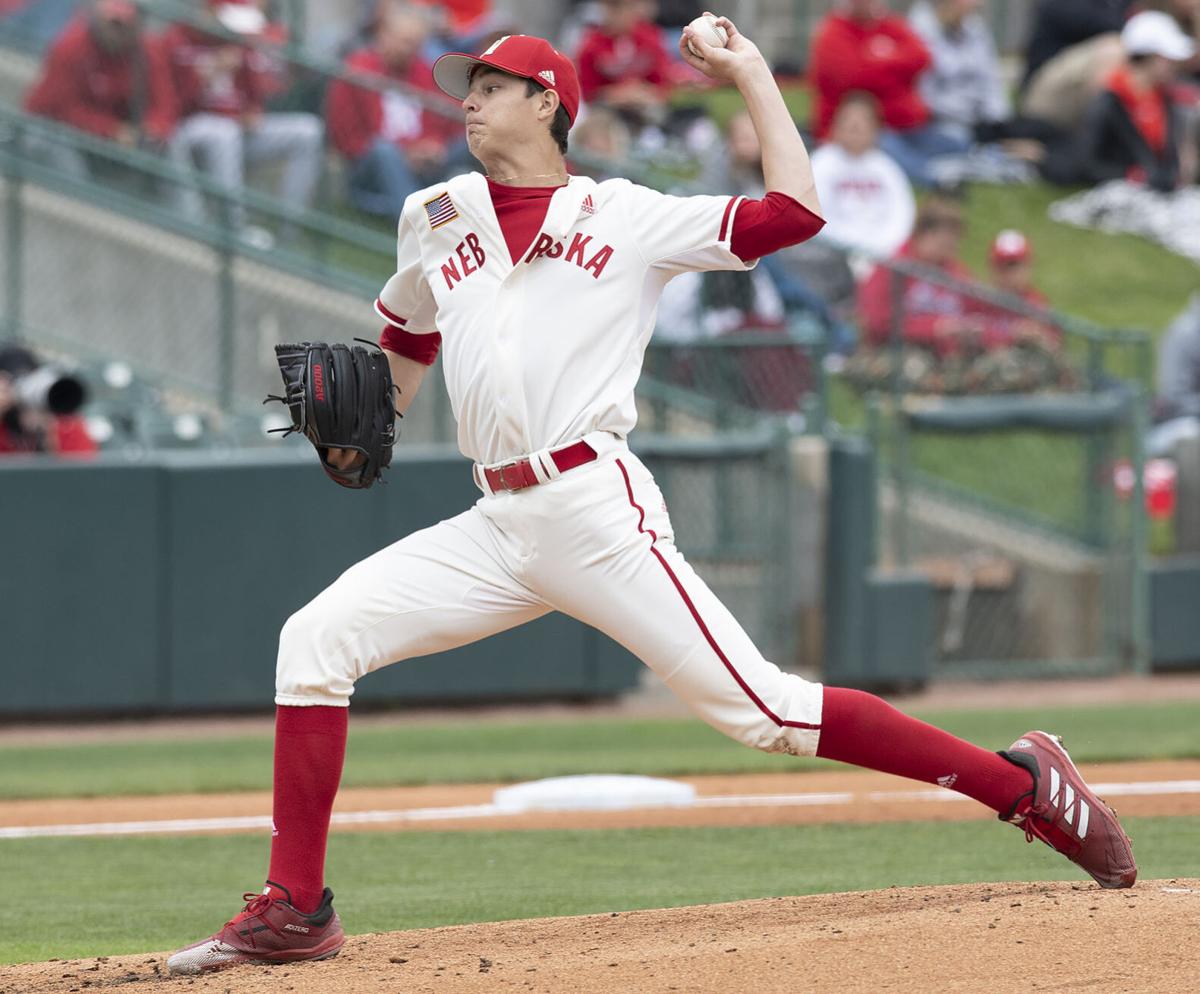 Nebraska's Cade Povich pitches in the second inning against Michigan on May 28 at Haymarket Park. 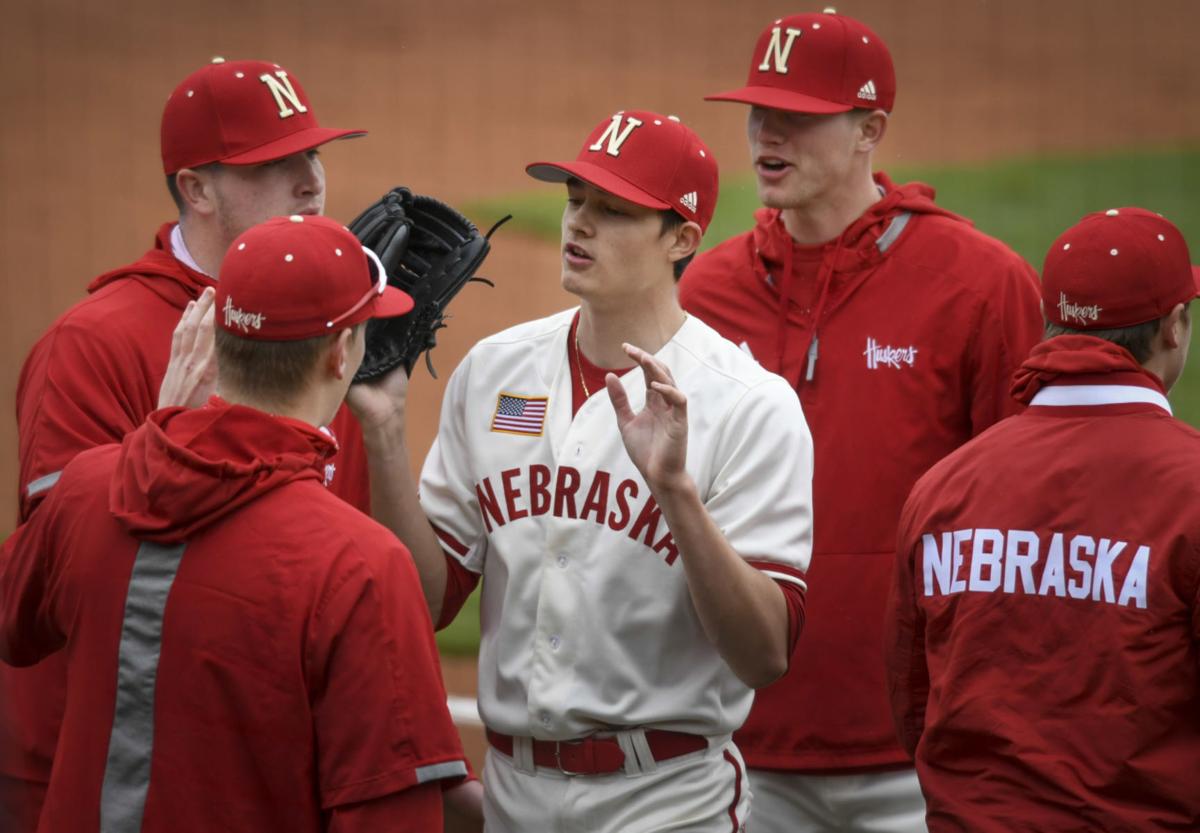 Nebraska's Cade Povich returns to the dugout after pitching against Minnesota on March 26 at Haymarket Park.

He didn't know it at the time, but Cade Povich's professional baseball future came into sharper focus during a late May matinee against Michigan.

The Nebraska baseball team had clinched the Big Ten crown the previous week, returning to Haymarket Park to host Michigan in a regular season-ending series over Memorial Day weekend.

In the first game of the set, Povich threw seven scoreless innings and struck out nine to lead the Huskers to a 1-0 win, outdueling Michigan pitcher Steve Hajjar, who went eight strong innings. It was another dazzling performance in a breakout season for the left-handed pitcher from Bellevue West.

He caught the eye of a scout in attendance from the Minnesota Twins, who made Povich the highest-drafted Husker pitcher (third round, No. 98 overall) since 2008. They drafted Hajjar, too, in last week's event.

Povich announced he inked his pro contract Wednesday, meaning he's officially opting to start his professional career instead of returning to Lincoln.

Povich met with that same scout during a pre-draft workout at Target Field in Minneapolis.

"He told me that was one of the more fun games he's seen pitching in awhile," Povich said Monday.

Povich is at the Twins' spring training complex in Fort Meyers, Florida, wading through the early stages of becoming a professional pitcher. He's staying in the organization's "academy" complex, learning the team's weightlifting program and crafting a throwing regimen.

He also joined Minnesota's other drafted pitchers for a session with a team psychologist Wednesday.

Povich says that experience offered inner reflection into a unique career path with heavy "bet on yourself" undertones.

After a standout career with the Thunderbirds, Povich didn't have big-name suitors offering scholarships. He went to South Mountain (Arizona) Community College and dominated: 10-1 record, 1.51 ERA, eight shutouts. He was unhittable.

That led to Will Bolt, fresh on the Husker scene, to make Povich his first commitment as head coach in 2019. You know the rest of the story. Povich anchored the Huskers' pitching staff as the Friday night ace in 2021, going 6-1 and leading the team with a 3.11 ERA.

"One of the things was looking back at your first memory you have with baseball, picturing how far you want to go and making a plan," Povich said. "People are always going to doubt you and laugh at you ... "

He paused. That part — the doubting — resonated personally. His gangly frame drew skepticism. A trip out to Arizona for juco ball surely would be the death of his career, some thought.

"First, it was, 'Well, he's good at Select (travel) ball, but doesn't do this good enough for high school.' Then I was good in high school. Then I went to college, and it was, 'Oh, he is too small and not good enough to go play anywhere big.'

"I love hearing it. Hopefully one day it's, 'He won a Cy Young but he's not good enough to be in the Hall of Fame."

The centerpiece: The stories that have highlighted the Journal Star's sports sections in July

The big headline. The big photo. The centerpiece. We've collected the stories that have stood out the most this month.

NFL Week 6 Market: Will weather be a factor?

Nebraska's Cade Povich pitches in the second inning against Michigan on May 28 at Haymarket Park.

Nebraska's Cade Povich returns to the dugout after pitching against Minnesota on March 26 at Haymarket Park.