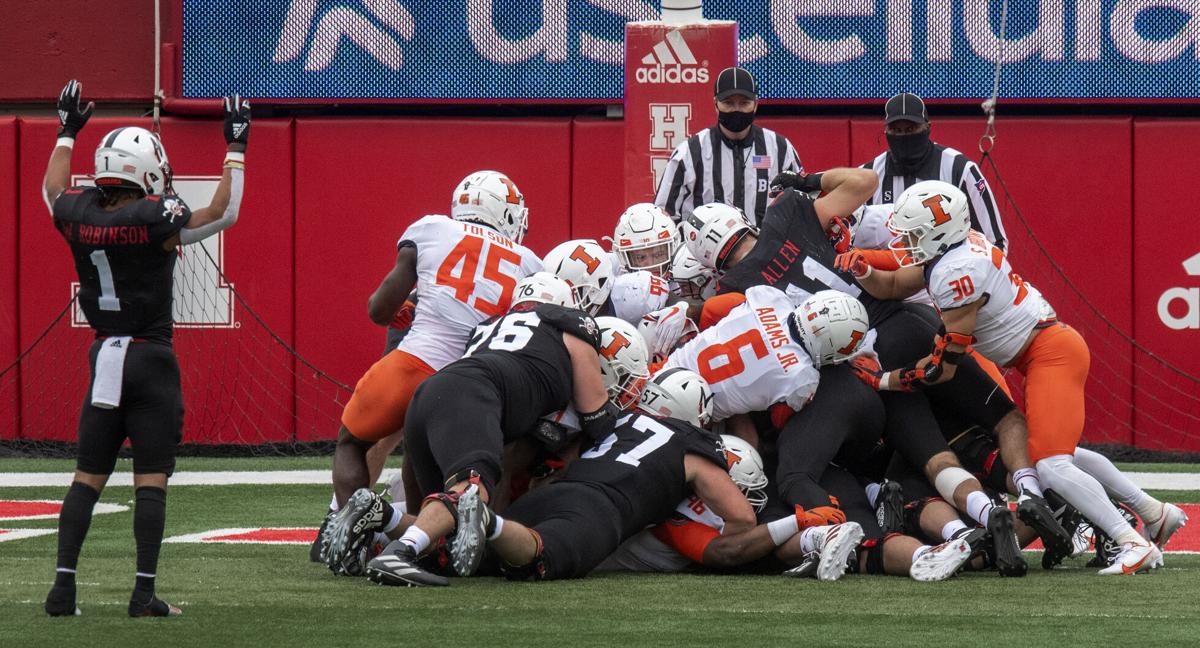 Nebraska's Wan’Dale Robinson (1) signals the touchdown as Husker quarterback Luke McCaffrey scores in the third quarter against Illinois on Saturday at Memorial Stadium. 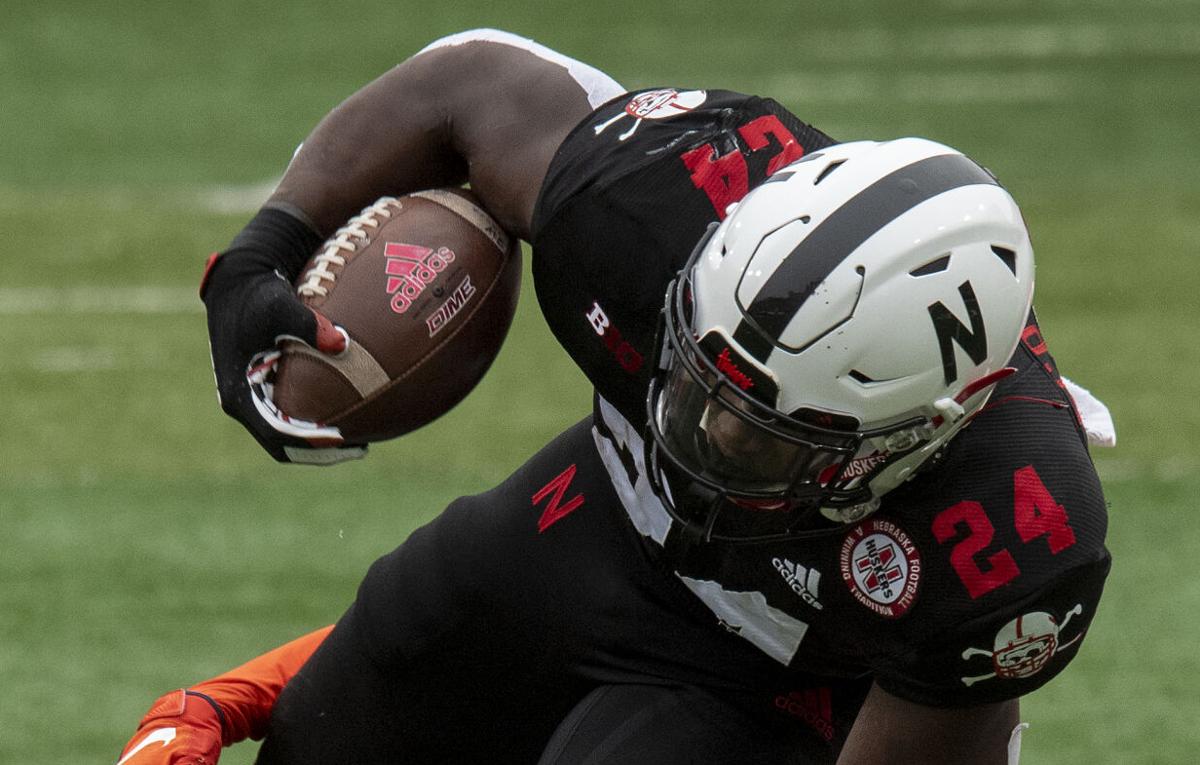 Nebraska's Marvin Scott rushes against Illinois' Devon Witherspoon (31) in the first half Saturday at Memorial Stadium.

It was over when: It was really over when Illinois' Brandon Peters capped off a 10-play, 75-yard touchdown drive with 2 minutes, 31 seconds remaining in the third quarter to put his team up 38-17 after Nebraska had momentarily cut the lead to 14.

Turning point: Nebraska needed a spark and got one even though it trailed 28-10 shortly after halftime when the defense forced a three-and-out. Instead of punting, though, Illinois faked it and got a 14-yard run from its punter with absolutely nobody around. That turned a three-play possession into a 16-play drive that ended in a field goal and took any little hint of wind out of the Huskers’ sails.

'Embarrassed' and 'lackadaisical' Huskers blown out at home by Illinois

Quotable: Nebraska junior tight end Austin Allen on what he and other players perceived as a poorly executed week of practice.

“We can't take any week off for granted coming off a win," he said. "I mean, that's something we need to get used to around here is winning. I think coming out the gates this week we were very businesslike, we were doing the right things. Just the lack of energy going into practice. We're doing the right things, getting what we need to get done. It's just, we're just going through the motions, and that's on us as leaders to notice that and pick this up.”

Game ball: The Illinois offensive line deserves a collective game ball for powering a rushing attack that went for 285 yards and four touchdowns. Mike Epstein and Chase Brown each had at least 110 yards rushing, and the Illini got whatever they needed on the ground from the first possession on.

Game ball: Linebacker Jake Hansen. He’s the center of Illinois’ defense, and on Saturday he had seven tackles (2½ for loss), a fumble recovery and an interception. Two years in a row, Hansen and the Illini defense have laid the wood to Nebraska. This year it was enough to get a win.

Hat tip: Nebraska sophomore receiver Wan’Dale Robinson never stops playing hard. He ran seven times for 60 yards and caught six passes for 60. His final catch, a 31-yarder over the middle in the fourth quarter, came in traffic and resulted in him getting crunched and walking off slowly. He’s a fighter.

Deep connection: Not really. The longest completion of the day was Robinson’s 31-yarder. Longest play of the day? Epstein ripped off a 58-yard run.

Numbers for the road

5: Turnovers for Nebraska. Can’t be said enough. You simply cannot win with numbers like that.

17: Points off turnovers for Illinois. That number could have been worse, but it was still more than enough to make a big difference.

26: Carries for starting quarterback Luke McCaffrey, far more than the Husker coaching staff wants. At this point, the quarterback run game is the best thing NU has going for it offensively.

21:16: Illinois’ time of possession in the second half after building an 18-point lead in the first half.

54: Third-down percentage for four opponents against Nebraska this year after Illinois converted 11-of-17.

NU fans definitely share in Scott Frost's pain. Do they share in his optimism? Depends who you ask, and it's probably best to wait a few days.

Frost said Iowa's sideline tactics played a part in the Beatrice native's poor snaps in the first half.

Nebraska's Dec. 12 foe, Minnesota, is on pause after a COVID-19 outbreak in its program.

Steven M. Sipple weighs in with his report card from the Huskers' loss to Iowa.

Red Report: Huskers can't be 'loose' with the ball; take what you can get; how the QB decision is made

Junior wide receiver Kade Warner called the Huskers' turnovers “the biggest thing” amiss with the offense at this stage in the season.

Nebraska will play Purdue at 11 a.m. Saturday's as the Huskers' season is down to three games remaining.

Nebraska is proposing to split its $155 million football training facility project into two phases due to the coronavirus pandemic.

Instead of building on a promising performance against Northwestern though, something went wrong between Fleming and the Huskers.

Iowa is only allowing 2.64 yards per carry this season. That's really good. Matt Lubick discusses how his team can get a ground game going Friday.

Sound waves: What others are saying about Friday's Husker game

Nebraska's Wan’Dale Robinson (1) signals the touchdown as Husker quarterback Luke McCaffrey scores in the third quarter against Illinois on Saturday at Memorial Stadium.

Nebraska's Marvin Scott rushes against Illinois' Devon Witherspoon (31) in the first half Saturday at Memorial Stadium.