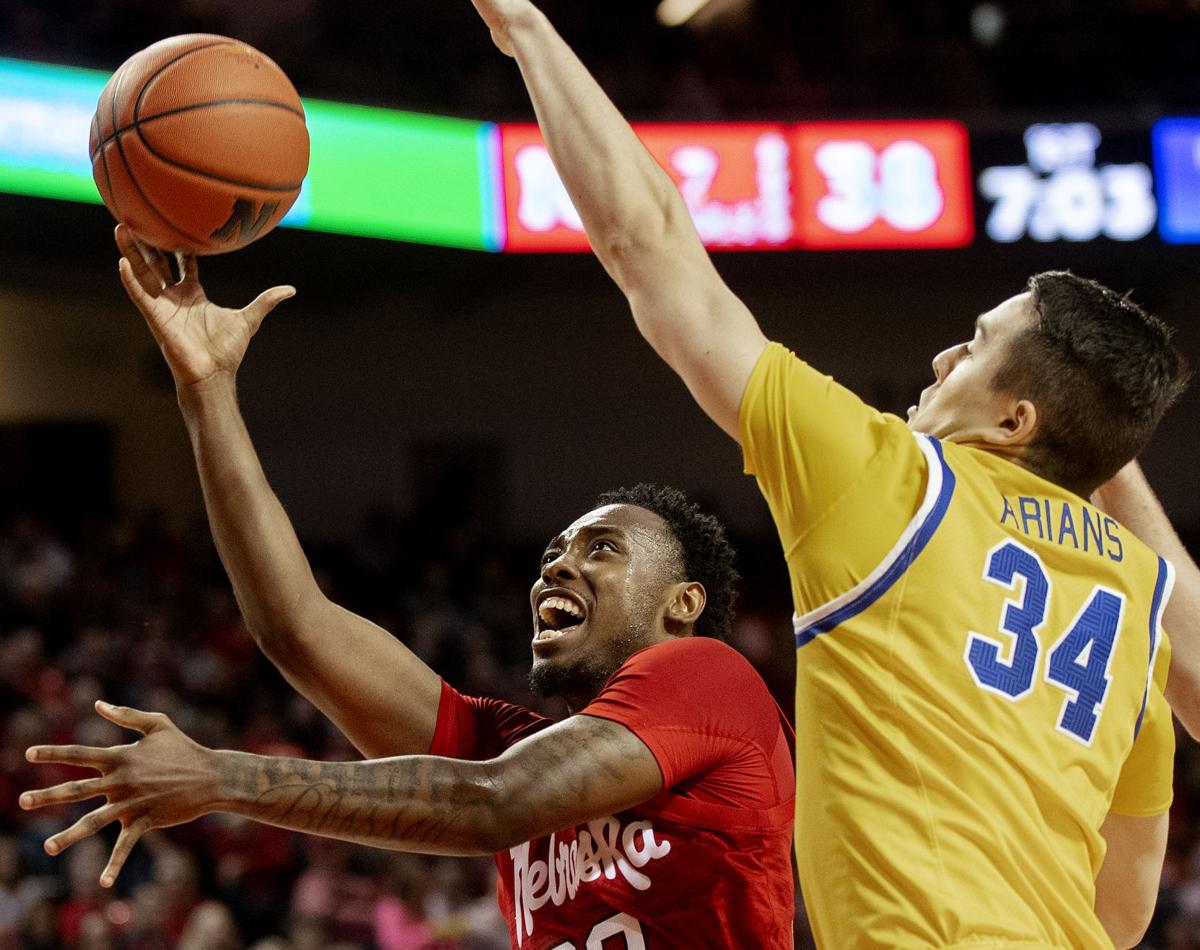 Nebraska's Jervay Green drives to the basket against South Dakota State’s Alex Arians (34) in the first half last Friday at Pinnacle Bank Arena. 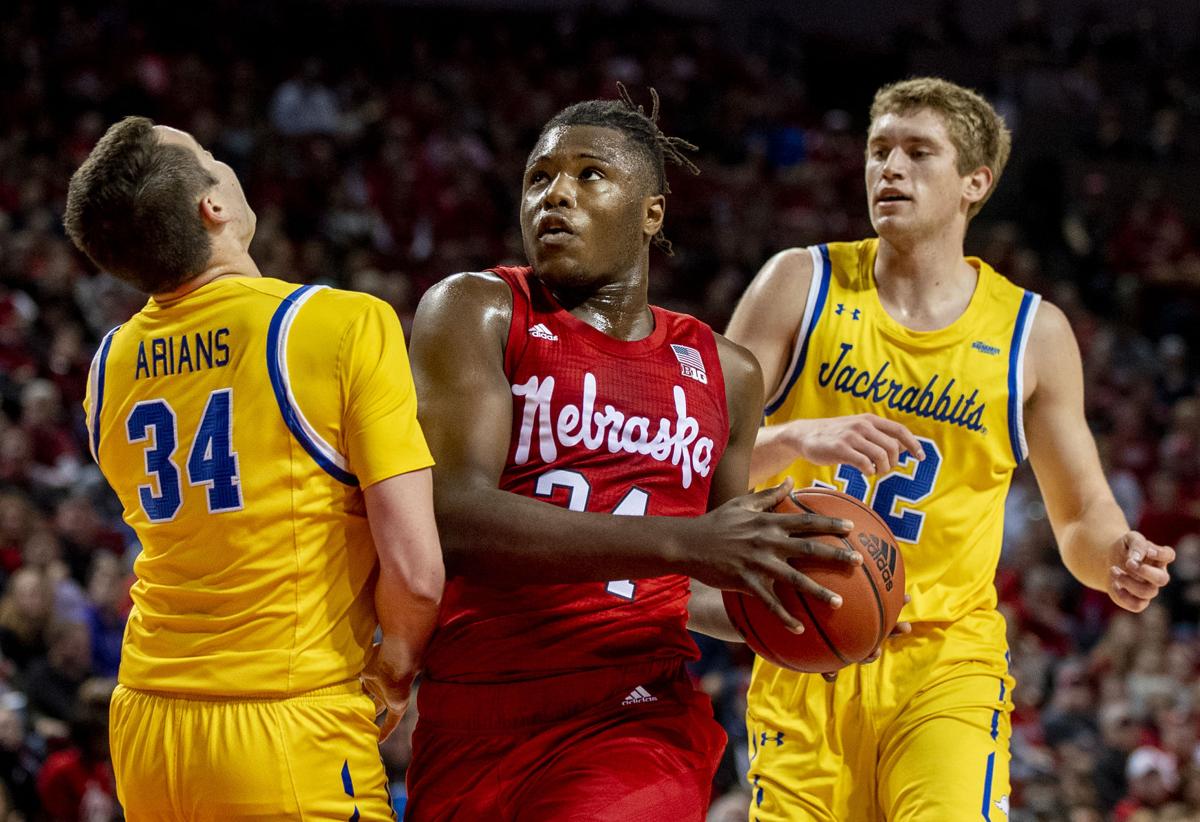 As Fred Hoiberg talked Friday about his team having a little more bounce in its step after beating South Dakota State last week, a group of Huskers getting shots up on the Pinnacle Bank Arena court joked and laughed at the end of a workout.

In the grand scheme of things, a win in November over South Dakota State likely won't mean much in the trajectory of the Nebraska basketball program. But it will always be the first win under Hoiberg.

And now that it's out of the way, the Huskers can move on to trying to replicate that performance.

"We feel like a lot of the pressure's off," junior forward Jervay Green said Friday. "We got the first one, so now we're ready to go out and show what else we can do."

Nebraska didn't let the effects of starting 0-2 carry into its third game, even if there was disappointment away from the bright lights.

That's part of the process that Hoiberg constantly preaches to his players. The next step in that process just happens to be Friday.

But, the coach added, it didn't hurt to have a "1" on the left side of the win-loss column.

"Sometimes getting that first one is something you build on from a confidence standpoint," Hoiberg said. "Guys have had great energy in the gym. I've seen a smile on their faces for the first time in a while, and that's when our guys go out and play their best."

The Southern game also marks the start of the first busy stretch of the season for Nebraska. After Friday night's game, the Huskers will board a charter flight Saturday to the Cayman Islands to begin preparations for the Cayman Islands Classic.

Nebraska will play games Monday, Tuesday and Wednesday, then fly home, then have a week to prepare before playing three more road games at Georgia Tech, Creighton and Indiana in a nine-day span.

First, though, Nebraska has to handle its business against the Jaguars. It's a program that has given NU an unusual amount of trouble in two previous meetings in Lincoln — Nebraska eked out a five-point win in December of 2016 and beat Southern by 11 in 2012.

For a team already with a pair of buy-game losses, focus shouldn't be an issue.

Slowly but surely, it seems the Huskers are starting to take on the identity of their head coach in both their approach to each game and the way they react to previous results.

"He's real calm," Green said of Hoiberg. "After the first two losses we were all in the locker room pissed, and he's calm and collected. So we're trying to get on his level."

Friday’s game is part of the U.S. Marines Corps’ annual Toys for Tots drive. Fans are encouraged to bring new, unwrapped toys to the game. Cash donations for the cause will also be accepted, with collection spots located at Pinnacle Bank Arena entrances.

Big Ten rosters became clearer on Monday after big players made big decisions. We look at each team in a way-too-early rankings list.

Nebraska's Jervay Green drives to the basket against South Dakota State’s Alex Arians (34) in the first half last Friday at Pinnacle Bank Arena.