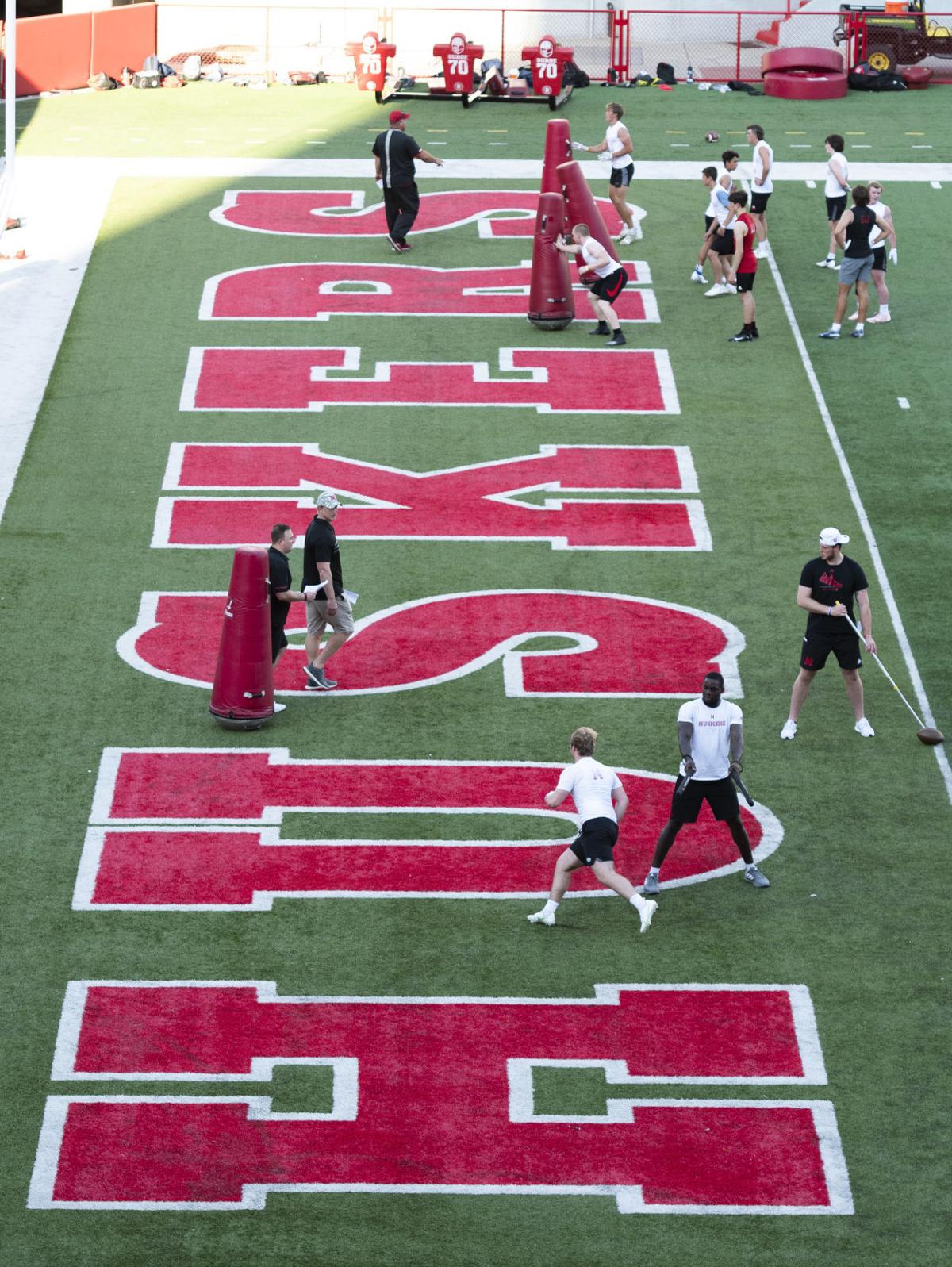 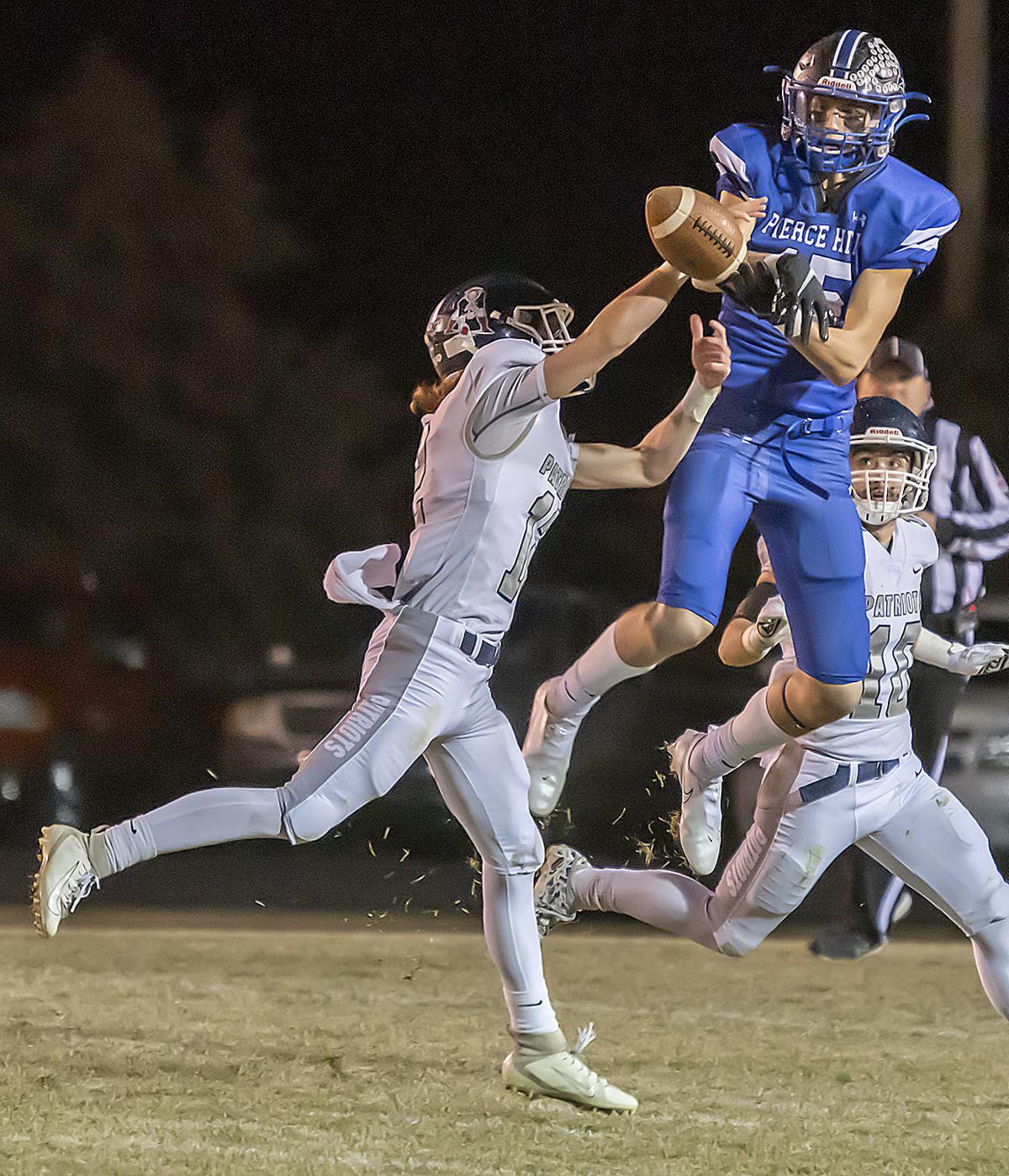 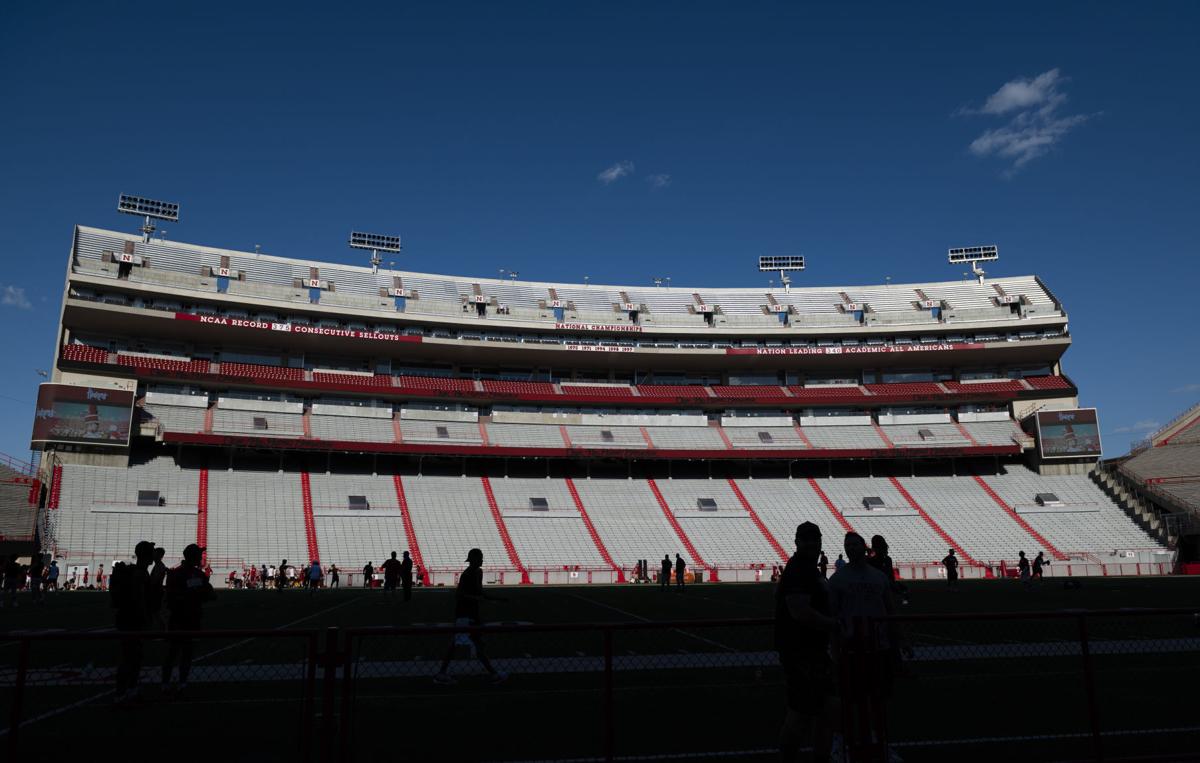 Memorial Stadium is the site of the Friday Night Lights camp on Friday. 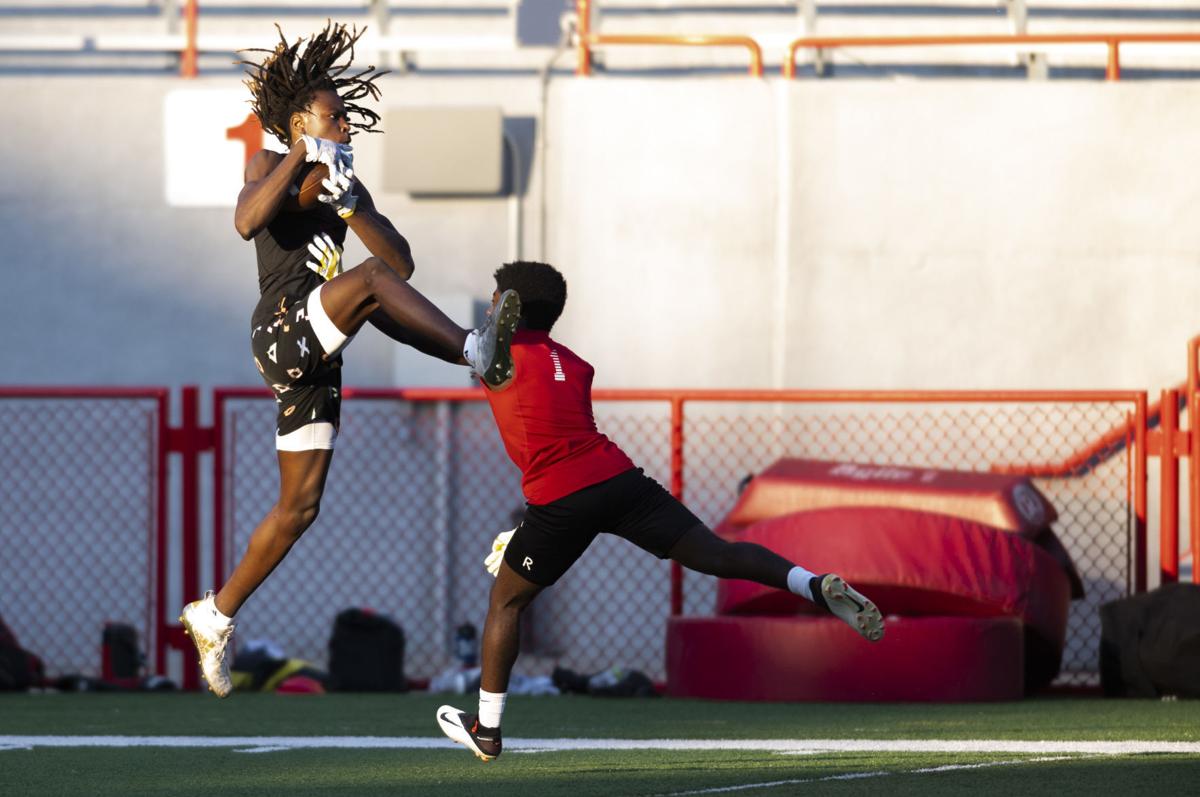 For many college football recruits, the month of June is already becoming one of late nights and early mornings. Of airports and road trips and thinking, "What camp is next, again?"

The class of 2023 is right in the middle of all the action. Most of those players, who will be entering their junior seasons in high school football this fall, were too young to really be on the recruiting radar screen before the NCAA’s year-plus dead period and now are just coming into the time when a lot of top players start racking up attention from schools.

As it pertains to the in-state crop of players in Nebraska, the group is already shaping up to be another strong one.

The Huskers, of course, are likely to miss on the top four players in the recruiting services’ rankings of the 2022 class — Bellevue West tight ends Kaden Helms and Micah Riley-Ducker, Omaha Burke linebacker Devon Jackson and Omaha Central offensive lineman Deshawn Woods — but have Columbus linebacker Ernest Hasumann in the fold, an offer out to Lincoln Southeast’s Jake Appleget and more workouts coming up next week for a litany of in-state players who have at least a chance of picking up an offer, too.

Whether the top of the in-state class in 2023 ends up with four truly national recruitments like the 2022 group did remains to be seen, but the first five days of June show that the next class’ depth should end up stacking up well.

“Coach Austin had me talk to him after camp and he asked me, ‘Would you like to be a Husker?’ After I answered, he offered me. That was pretty cool,” Gottula said. “It’s pretty exciting because I always went to their games as a kid, so it was cool to get an offer and have the opportunity to play there.”

The 6-foot-6, 270-pound lineman said he enjoyed getting to work with the coaching staff and players for the first time.

“When we were doing the position-specific drills in the Hawks, I was working a lot with Coach Austin and (senior offensive analyst Frank) Verducci,” said Gottula, who camped at Iowa State on Wednesday. “That was really fun, and there were some players that were helping me like Matt Sichterman, Broc Bando and Turner Corcoran. It was cool to get some work with them and learn some stuff from them.”

Afterward, he met Pierce tight end Benjamin Brahmer for the first time. Brahmer, at 6-foot-6, is already committed to the Huskers as the 2023 class’ lone member at this point. The way he looked Friday — which, due to the dead period, was the first time he’d worked out in front of or even met most of the Husker coaching staff — the only thing that will keep his recruitment from becoming a national fight is his early commitment.

Unlike other players in the class, Brahmer’s recruitment is already wrapped up. He’ll be back in Lincoln for the program’s recruiting barbecue event on June 18 and is taking part in the second Friday Night Lights camp, but isn’t going anywhere else this month.

Gottula, on the other hand, was getting up at 7 a.m. Saturday morning to head toward a Sunday camp at Notre Dame. Also attending that camp is Elkhorn South defensive lineman Maverick Noonan, another 2023 player with an early Husker offer. Noonan (6-4, 222) told the Journal Star he’s going to get to Lincoln later this month and also plans to see some of the schools that have offered him already, a steadily growing list that includes Arizona State, Michigan State, Iowa State, Kansas State and Missouri.

“We talk about it a lot,” Gottula said. “It’s really helped us bond together.”

Like all classes, there are also players who have yet to see their recruitments take off but could at any point. Gretna quarterback Zane Flores didn’t get a ton of repetitions at NU’s camp on Friday, but is certainly on college teams’ radar screen after a playoff run last fall. Players like Grand Island’s Victor Isele (6-2, 190), Lincoln East receiver Malachi Coleman (6-5, 175) and Lincoln High receiver Beni Ngoyi (6-4, 180) all have intriguing frames and skill sets and made some plays in Lincoln, while Creighton Prep teammates Sam Sledge (6-4, 270) and Rocco Marcelino (6-4, 239) have impressed on the camp circuit this spring.

Sledge picked up his first Division I offer from Miami (Ohio) on Friday at the Lindenwood University megacamp in Missouri.

Will they all end up being Big Ten players? Perhaps not, but only time will tell. This group has half their high school careers ahead of them still, but early returns this month suggest 2023 is another talented crop of in-state players.

“It’s awesome and it’s fun for me to kind of recruit them for Nebraska,” Brahmer said. “I want to try to get some more commits for my class.”

Look to the Chargers and Seahawks to make the playoffs

US Open: Can Phil Mickelson make the cut after A +4 Round 1

US Open: Can Phil Mickelson make the cut after A +4 Round 1

An injury could cost Jacob deGrom an award

An injury could cost Jacob deGrom an award

'He can make every throw under the sun': 2022 QB Richard Torres commits to Huskers

Nebraska has its 2022 quarterback after securing a verbal commitment from three-star San Antonio native Richard Torres.

Class of 2022 defensive back Markeith Williams has some family connections to Nebraska, but said his official visit still was an eye-opening one.

New Nebraska defensive back Tyreke Johnson explains what sold him on Nebraska, how difficult it was to leave Ohio State and more.

Setting the scene for another big recruiting weekend with refreshers on each of the official visitors and a look at the itinerary.

He is the third 2022 commit this month, following tight end Chase Androff and quarterback Richard Torres.

2024 QB Dylan Raiola is going to 'sling it around yard' at FNL, and his dad, NU great Dominic, can't wait

He could play either linebacker or tight end, and the presumption is that he’ll at least begin his career on the defensive side of the ball.

A look at what Nebraska is getting in newly minted Class of 2022 verbal pledge RB Ashton Hayes (Reno, Nevada).

A look at what the verbal commitment of wide receiver Grant Page means for Nebraska and its 2022 recruiting class.

Memorial Stadium is the site of the Friday Night Lights camp on Friday.