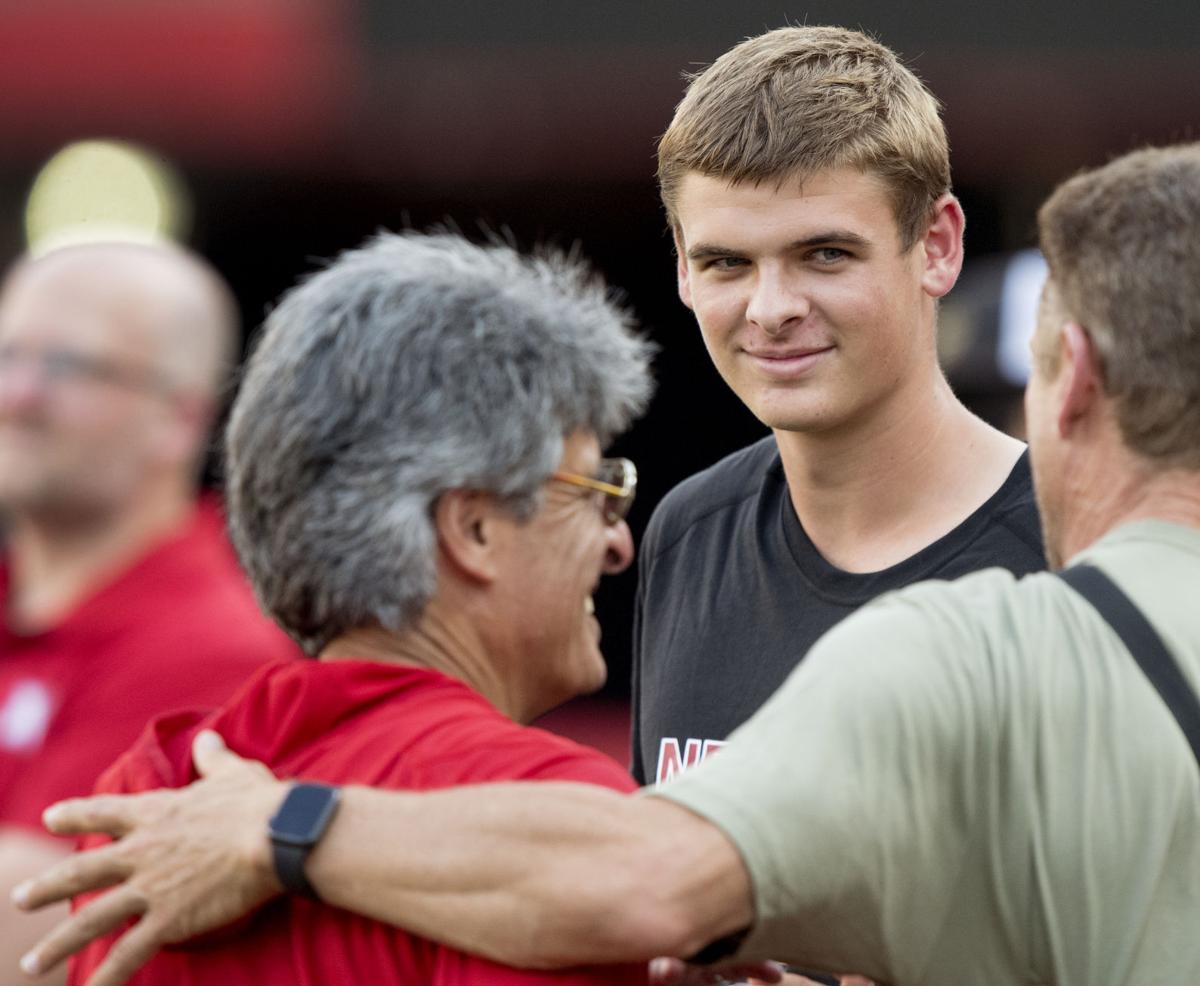 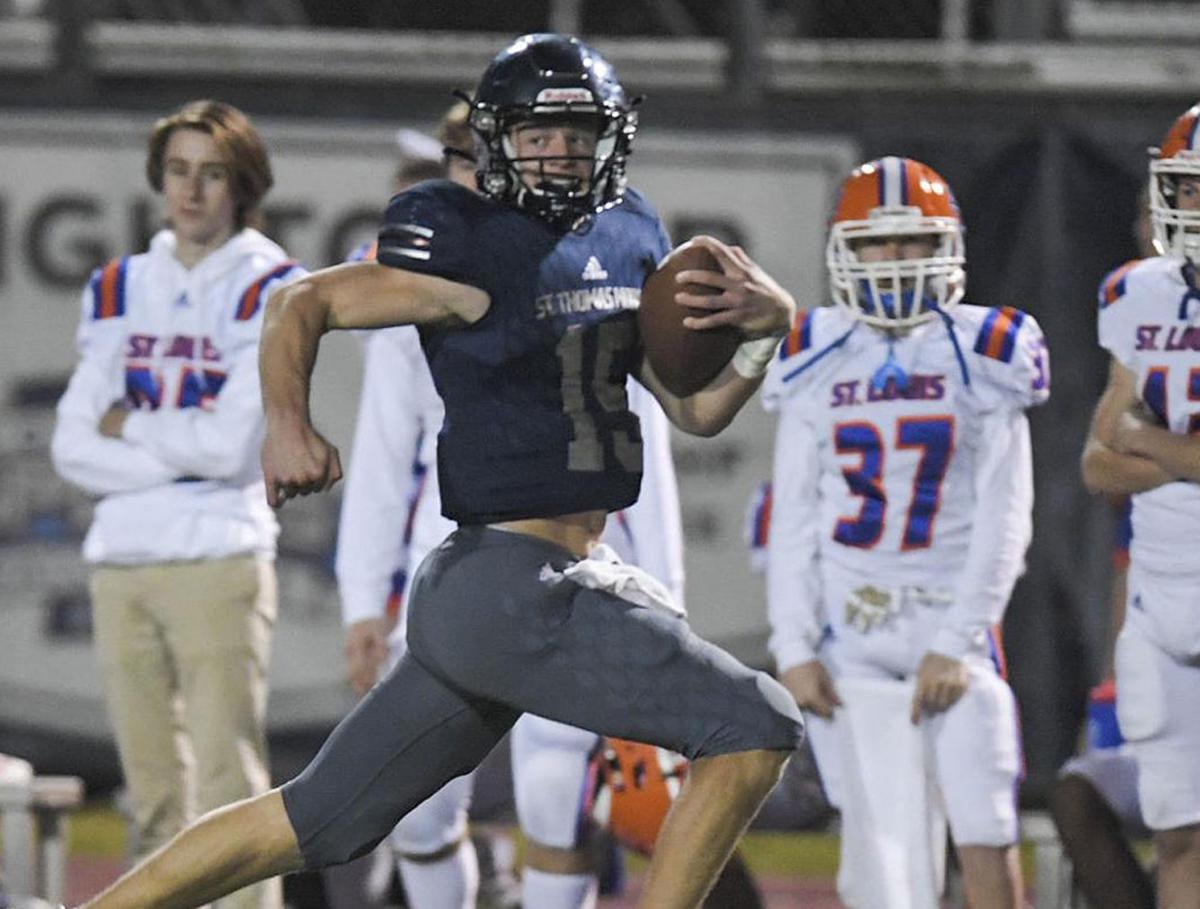 Just as Peter Costelli was about to set out on a big round of spring unofficial visits, the coronavirus pandemic threw him a serious curveball.

Costelli, a highly touted Class of 2021 quarterback from Southern California, was going to see a bunch of schools, including Nebraska. The 6-foot-3, 205-pounder made a round of visits last summer and through the fall and had planned on getting back to Lincoln in addition to Oregon, Utah and other schools this spring.

“It’s pretty frustrating because you’ve got all the visits planned to go on, and that’s to help you with your decision, but all those visits have got canceled,” he said.

'Hidden gems' becoming more rare in college football, but Huskers think they may have one in Mauga-Clements

Now, instead, Costelli, who has one more high school season ahead of him at Mission Viejo in Orange County, has decided he’ll wait until the NCAA re-opens recruiting travel. It could mean deciding on a school later than he had originally planned.

“You’re kind of like, 'What now?'" said Costelli, who’s been trying to throw and work out as much as he can as public fields around him continue to get shut down. “Pretty much it means everything just gets pushed back. … Everyone’s just trying to stay optimistic because there’s really nothing anyone can really do except wait it out and see when we’re finally able to open up again.”

In turn, that means Nebraska’s quarterback situation in 2021 might not be settled for a while, either.

The Huskers, after all, have been recruiting Costelli hard since they became the first Division I school to offer him a scholarship in late May. He visited last summer with his parents and again in September for a game and has been in consistent contact with quarterbacks coach Mario Verduzco through the current shutdown.

“He’s awesome,” Costelli said of Verduzco. “He’s really fun to talk to. I’ve been able to hit him up a lot of times and I think we’re trying to schedule a Zoom meeting, too.”

NU’s 2021 quarterback situation already had trended toward resolution later than any of the previous three classes that Verduzco and head coach Scott Frost have recruited, but that’s not necessarily a bad thing. In fact, the next scholarship quarterback to commit to the Huskers will be the first to do so since Frost coached his first game in Lincoln. Adrian Martinez committed in January 2018, just weeks after Frost was hired here. Then Luke McCaffrey (2019 class) followed suit in June 2018. In late July, NU wrapped up its 2020 work when Logan Smothers committed.

Many of the players the Huskers offered in the 2021 class — some well more than a year ago — have verbally pledged to other schools. Mississippi’s Ty Keyes, a dynamic 6-2 athlete, is still uncommitted. Another domino is much closer to home in Kearney Catholic’s Heinrich Haarberg. He has not received a scholarship offer from Nebraska; Verduzco and Frost wanted to see him throw this spring. Now that won’t happen, at least in person, until perhaps the summer.

Haarberg (6-5 and 190) has picked up considerable recent interest from schools including Auburn and Oregon. On Wednesday, he picked up his first Power Five offer from Boston College and has also recently added scholarship offers from a batch of Ivy League schools (Harvard, Yale and Dartmouth) to a group that already included Wyoming, Buffalo and more.

He was on hand for NU’s first spring practice and, like Costelli, has been in consistent communication with Verduzco.

The picture can change fast, of course -- perhaps the BC offer for Haarberg (or others as they come in) could speed up the timeline -- but if Costelli and Haarberg are leading contenders to be the quarterback in NU’s 2021 class and both have steps of their recruiting ahead, it seems as though the process could go through the summer or into the fall.

“We’d like to get a 2021 guy and we feel like we have a good group of guys we’re looking at and we’ll see where it leads,” Verduzco said earlier this spring.

After surging to playing time in Year 1, TE Hickman 'determined' to play a big role for Huskers

Nebraska has also turned its attention to 2022. Verduzco is up to 11 known scholarship offers in the class, most of them delivered via phone calls over the past couple of weeks.

Howard and his father, incidentally, both contracted COVID-19, according to The Acadiana Advocate newspaper, but both are reportedly doing fine.

The group spans the range from already extremely highly ranked and recruited to so far being under the radar. All of them, though, have qualities that Verduzco and company like enough to offer.

“As long as they can run and they’re athletic,” Verduzco said of the starting point. “Then you do the research on, you know what kind of kid they are and if they’re a quick blinker, but you’re really not going to know that until they get here anyway.”

The latest updates from the Nebraska football recruiting trail

Nebraska got a shot of good news on the eve of what was supposed to be the season-opening weekend with the commitment of a three-star linebacker.

The 6-foot-2, 220-pound LB from New Jersey is the latest in a line of rangy linebackers to pledge to Nebraska’s 2021 class. Here's what it means.