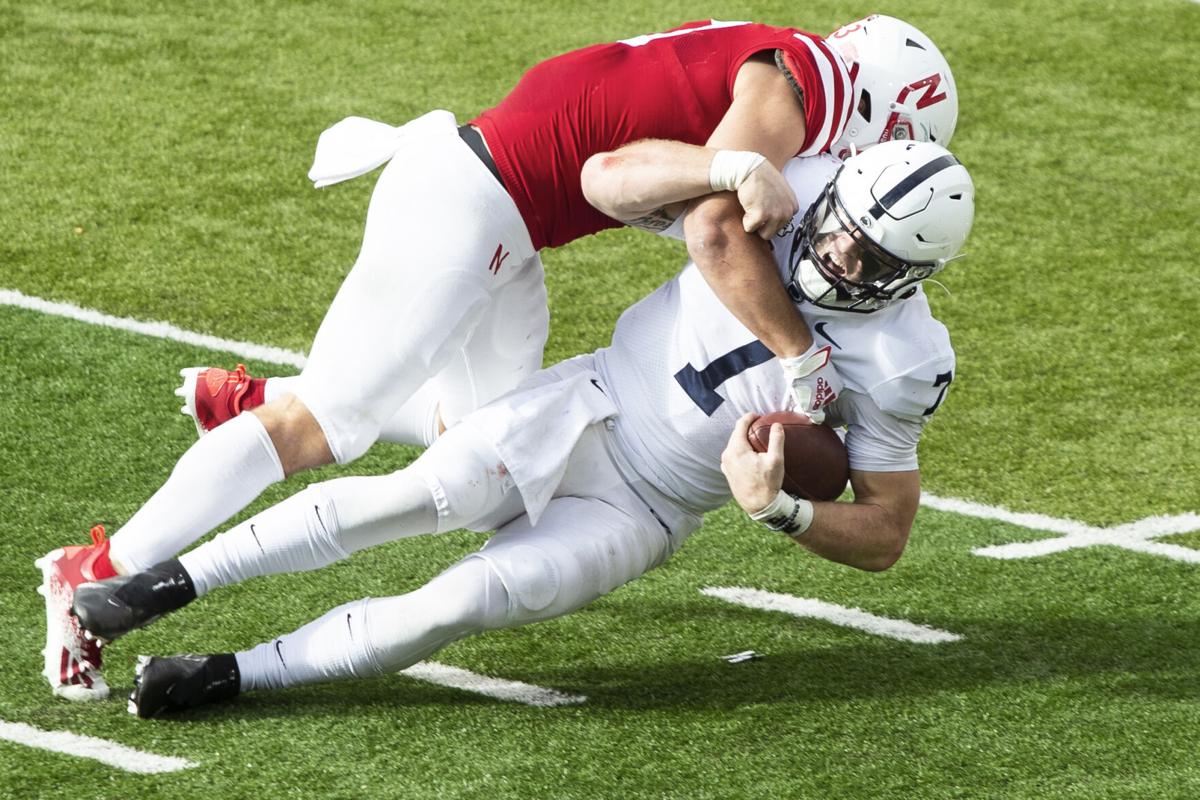 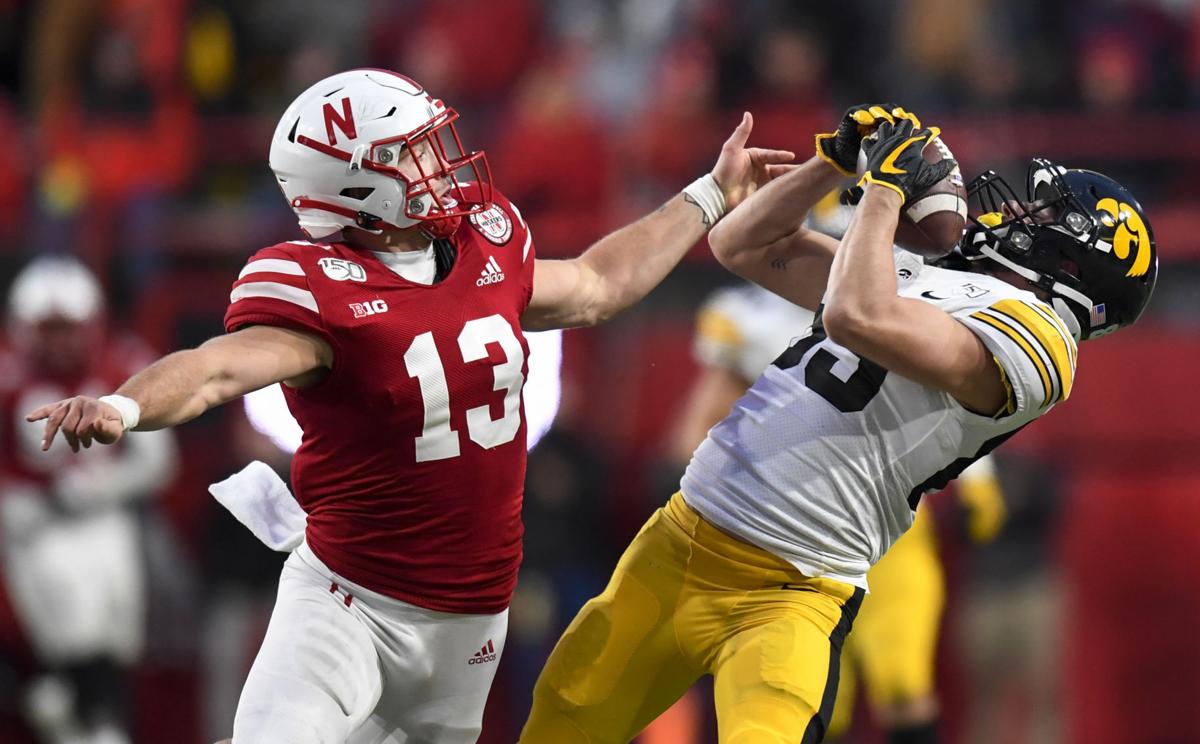 Nebraska linebacker JoJo Domann (13) tries to stop Iowa wide receiver Nico Ragaini (89) from making a catch in the fourth quarter of a 2019 game at Memorial Stadium.

In doing so, Dawson may have opened up the ears of some NFL folks, if they weren't already aware of Domann's versatility.

The 6-foot-1, 235-pound Domann possesses the size of an NFL inside linebacker but also has the ability to move to the perimeter and play receivers in coverage, said Dawson, Nebraska’s outside linebackers coach.

Husker center Cam Jurgens' next challenge: 'Ultimate control' of not only himself, but OL room, too

Yes, that’s an extremely valuable combination in this day and age, or in any day and age.

It’s why Domann seldom came off the field last season, playing either his outside linebacker spot or his role as a nickel in sub packages.

It’s largely why he led the team with 58 tackles while tying cornerback Dicaprio Bootle for the team lead in pass breakups with five.

It’s why the senior from Colorado Springs, Colorado, is one of a handful of Nebraska players deemed most critical to the program making marked improvement on last year’s 3-5 record.

He just focuses on becoming at least 1% better at his craft every day, he said last week as the team began spring drills.

Doing the little things leads to big things, his coaches tell him.

“It’s tackling, getting off blocks, coverage, pre-snap reads, post-snap processing,” Domann said. “I can always get better and get to the ball faster and make more of an impact on the game in all those ways.”

He also focuses on his off-field approach, which essentially means “pouring my heart into this program and into these guys,” he said.

Through wisdom from his father, Craig Domann, a Colorado-based sports agent, JoJo Domann learned about NFL-caliber players “who truly commit themselves to the game and the process.” In that regard, the younger Domann embraces the notion of being a team leader “on an emotional, physical and spiritual level.”

What’s more, players like Wright and Gifford could help ease the relatively heavy load that Domann carried during last season’s eight-game schedule. Seldom coming off the field in eight games is one thing; doing it over 12 is another.

“They’re both great athletes,” Domann said. “Javin Wright has an awesome build and awesome mindset. Always looking to get better. And Isaac’s just a natural athlete who’s got football instincts and has learned a couple things from his brother (former Husker Luke Gifford) and his family. It’s just having an opportunity to help them process the game quicker, help them see what I see so their learning curve can be a little faster so when they hit the field they don’t have to make as many mistakes as I did. They can just jump straight into making big-time plays and making an impact out there.

“Both of those guys are going to see the field this year. I’m really excited for their future.”

Mostly, though, Domann focuses on doing what it takes to help Nebraska make a sizable leap as a program. After all, it's gone four seasons without reaching a bowl game. Domann played mostly on special teams in 2016 when the Huskers lost in the Music City Bowl. Nobody in the program could’ve anticipated the ensuing bowl drought.

Nebraska’s hopes to return to bowl status, and challenge for first place in the Big Ten West Division, hinge largely on a defense that returns nine starters. Domann tells of several veteran defenders gathering at his house following last season and discussing how to move forward.

In addition to Domann, four other seniors from 2020 took advantage of the COVID-19 eligibility freeze to return for this season: Ben Stille, Will Honas, Marquel Dismuke and Deontai Williams. What’s more, junior corner Cam Taylor-Britt decided to return instead of jumping to the NFL.

Chinander is waiting to see which individual voices emerge in terms of leadership.

Don’t be surprised if one is Domann.

Why did he return to the fold? He said he did so for his personal development and also because of his commitment to the program. His objective upon arrival in 2016 was to help lift the program back to an elite level and “to create a culture that lasts beyond my time here.”

“With the opportunity to come back, both of those doors are wide open waiting for us to walk through them,” he said. “So I’m really excited for this next year.”

Steven M. Sipple: If NU is looking for leaders, it may do well to start with its fatherly safeties

Safeties Deontai Williams and Marquel Dismuke surely are among the strongest leaders on Nebraska’s roster. Listen to them. They just have to be.

It's mailbag time. A great time of the week. We address a football matter that won't go away and some disappointing NCAA volleyball talk.

Nebraska linebacker JoJo Domann (13) tries to stop Iowa wide receiver Nico Ragaini (89) from making a catch in the fourth quarter of a 2019 game at Memorial Stadium.