DAYTONA BEACH, Fla. — Would Joey Logano and Matt Kenseth like to bury their differences of the 2015 NASCAR season deep in the past?

Is that possible in a room full of media members five days before the Daytona 500? No chance.

“Well, we didn’t throw any punches,” Logano joked in the day’s first interview.

Kenseth was suspended for two races late last season after wrecking Logano in Martinsville, Va., and dealing a serious blow to his championship hopes, a move made in retaliation for Logano spinning Kenseth out of the lead two weeks earlier.

“No, we are fine,” Logano continued. “I would say we are at a neutral spot. To be honest with you, what we talked about at Homestead (Fla., the season finale) last year I felt like I got everything off my chest and hopefully he did. I don’t know if he did or not, but I feel like I have a clear conscious and I am moving forward.”

A couple of hours later, Kenseth said he had an interesting offseason, the best he’s had, seeing more support and passion from fans than in his whole career “by tenfold.” But the 2003 series champion from Cambridge, Wis., also sounded like he’d rather be talking about other topics.

The decisions to reduce prize money from races and to end the long tradition of announcing winnings caught the attention of fans — and not necessarily in a good way — when the changes came to light over the weekend.

Now imagine if your paycheck were tied to those numbers.

That’s the situation drivers face. Contracts typically call for the driver to receive a salary plus a percentage of winnings.

“I would imagine every driver will have to renegotiate their contract,” said 2013 series champion Brad Keselowski.

“I drive for Roger Penske, and I trust he will do me right. What else can I do but trust? That is my only option.”

Universally, drivers said although they were caught off-guard by the change they believed they’d be treated fairly by their teams, almost as if they were family.

In Austin Dillon’s case, the team truly is family. He is a grandson of Richard Childress.

“It’s me and him,” Dillon said, “sitting down and trying to figure out what’s fair.”

Thirty-six charters were awarded to owners whose cars participated in every race for the past three seasons. The idea behind the system is it gives them financial stability beyond the whims of a sponsor and provides them with something of value, should they choose to sell, beyond a building and equipment often go for pennies on the dollar.

Daytona International Speedway is only too eager to show off the $400 million, 2 {-year “Daytona Rising” project to convert the facility into what it calls a motorsports stadium, comparable to the palaces built for other sports.

From the entrance to the concourses to the amenities within, Daytona has been redone. The lowest seats have a better vantage point and are farther from the track and debris that might spill into the grandstand in an accident.

Two-time Daytona 500 winner and Fox broadcaster Michael Waltrip was asked what the track’s earliest stars might think if they saw the place today.

“That’s a question you can ask about this world in many different ways,” said Waltrip, preparing for his 29th 500.

“I just Snapchatted a minute a go. What do you think Joe Weatherly would have thought about that?”

Speedway president Joie Chitwood III announced reserve seats for the 500 are sold out for the first time in about 10 years. Capacity is 101,500, down by nearly one-third from the facility’s peak.

Indy, anyone? With the 100th Indianapolis 500 coming in May, several drivers who had competed at Indy were asked about going back.

Kurt Busch, the 2004 NASCAR champion and 2014 Indy rookie of the year, said he expected discussions to get serious next month.

Danica Patrick, who in 2005 became the first woman to lead the race, said she wasn’t interested. A.J. Allmendinger, who finished seventh in his only appearance in 2013, offered a more emphatic no.

Wilson, a close friend of former Indy-car and sports-car teammate Allmendinger’s, died last summer after being hit by debris.

“The only way I would do it is if they put in a closed cockpit over the car and tested it and they thought that was a good direction in safety,” Allmendinger said, “then I might think about doing it again.” 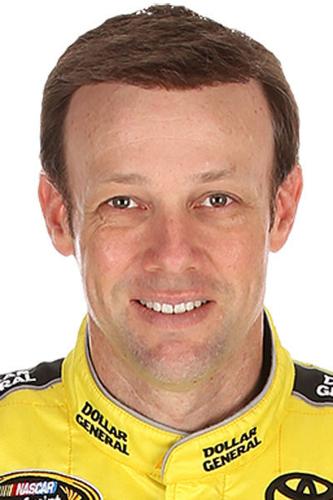 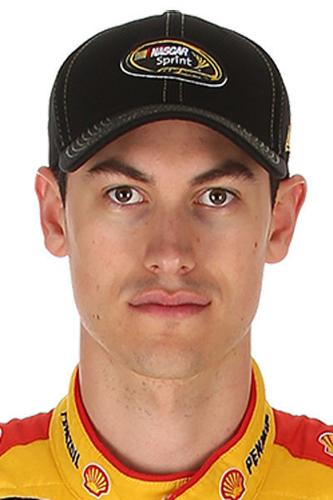