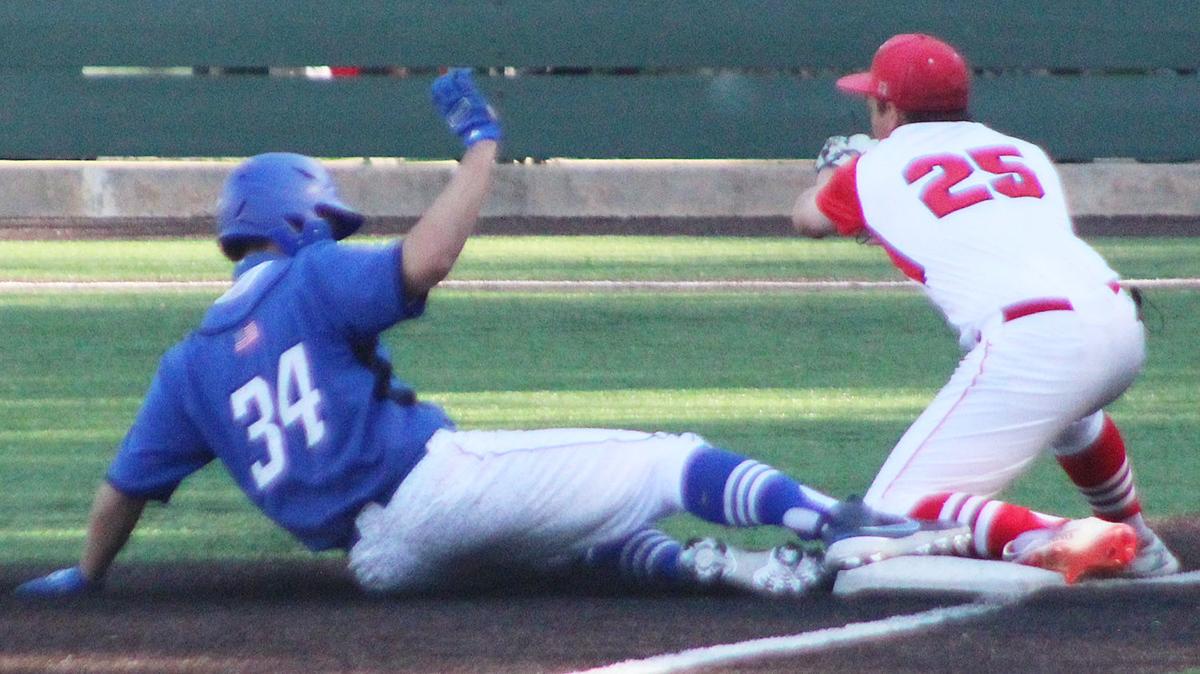 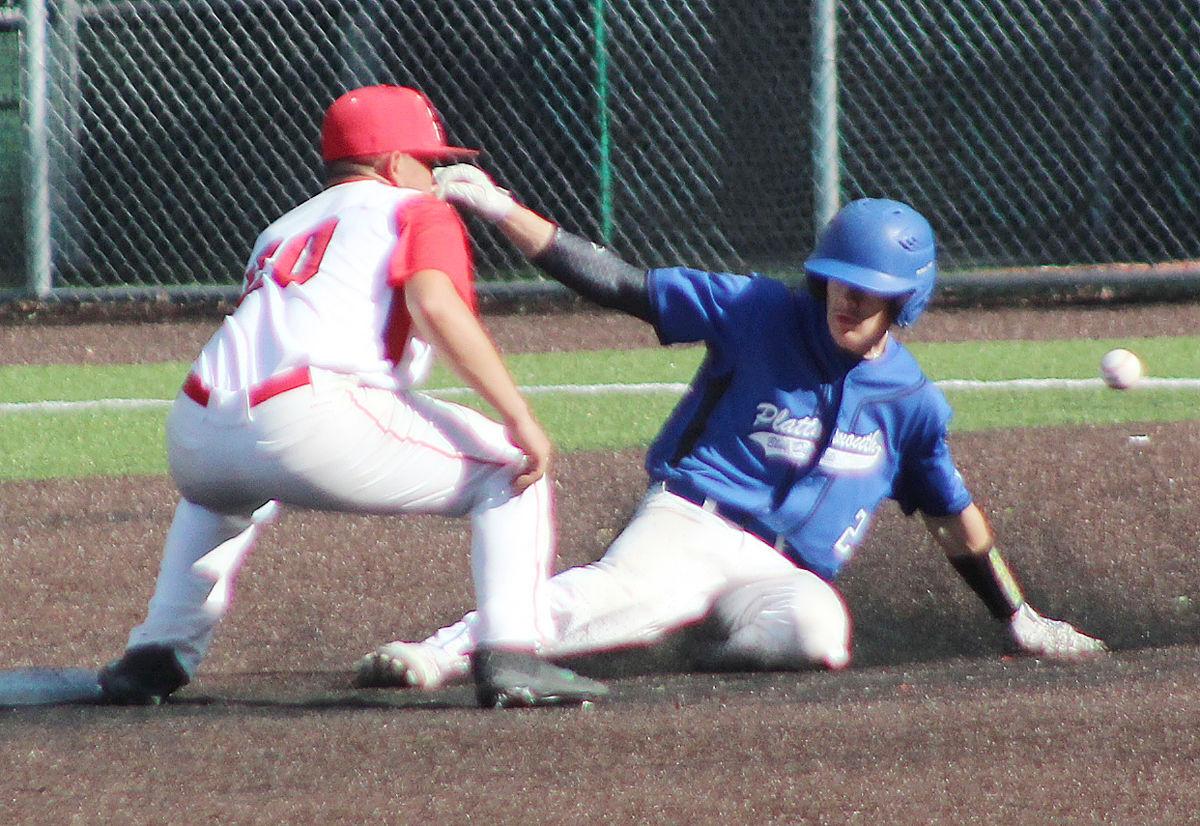 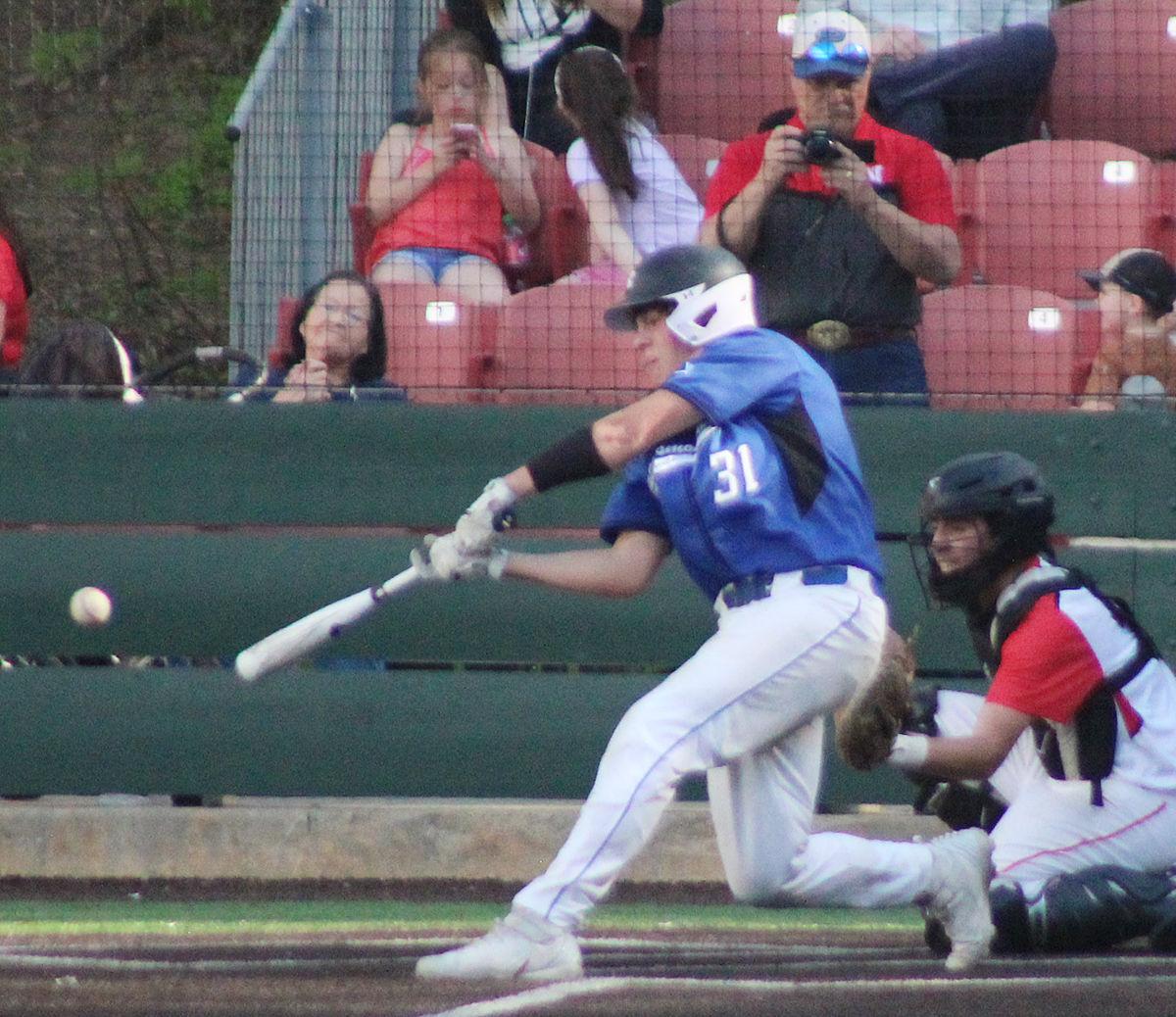 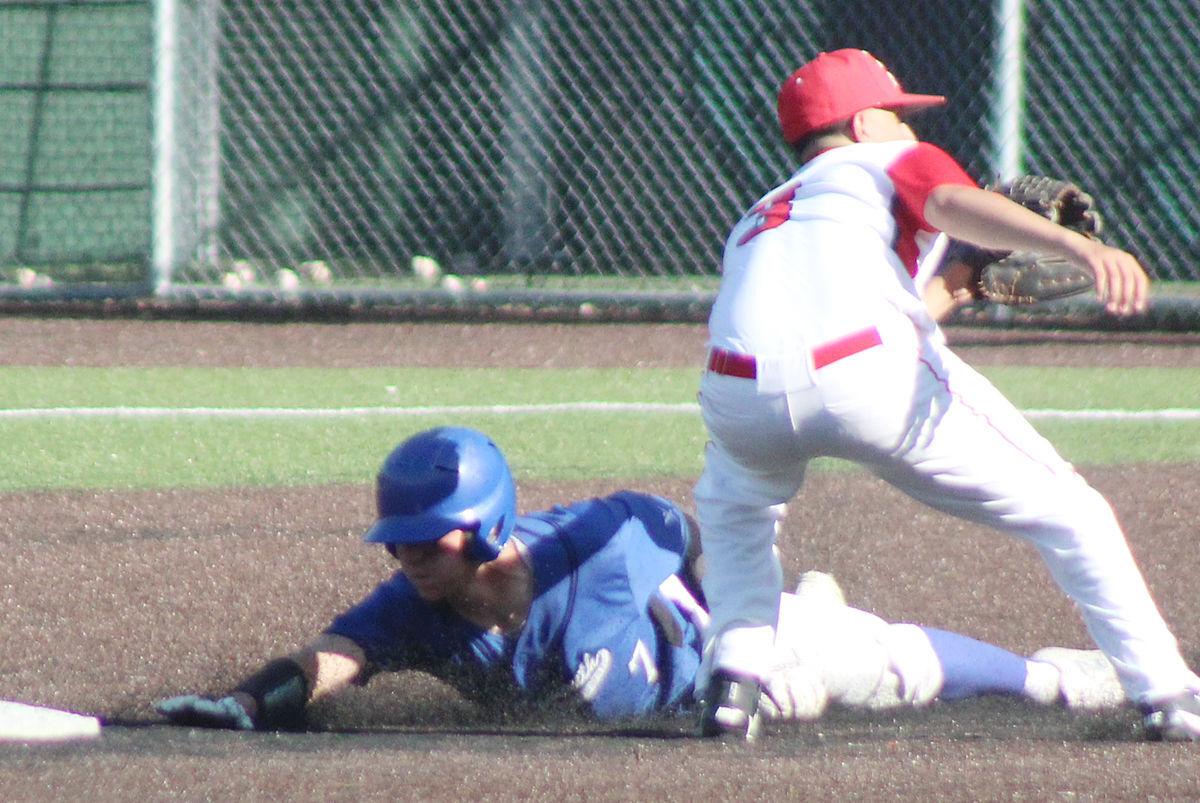 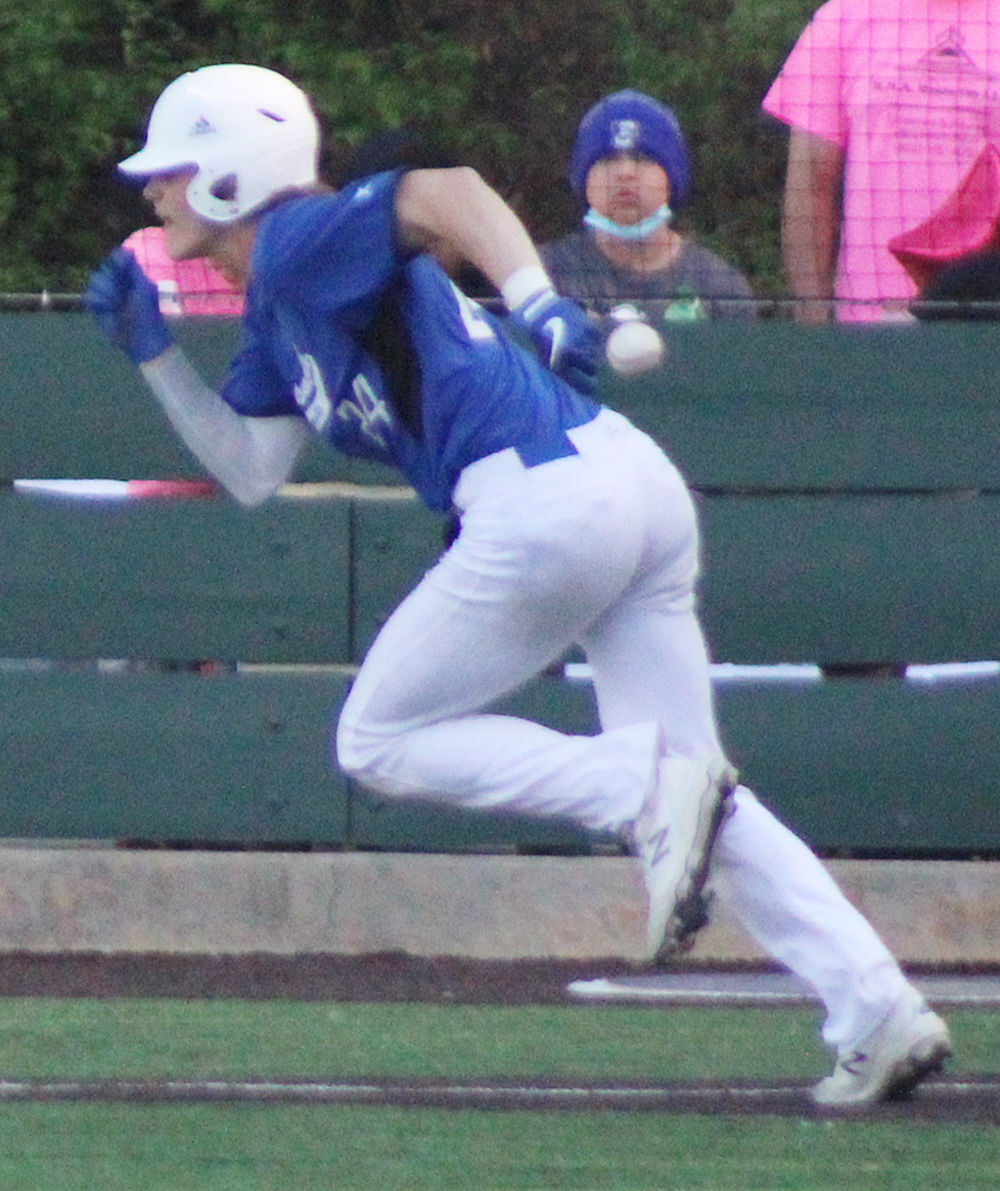 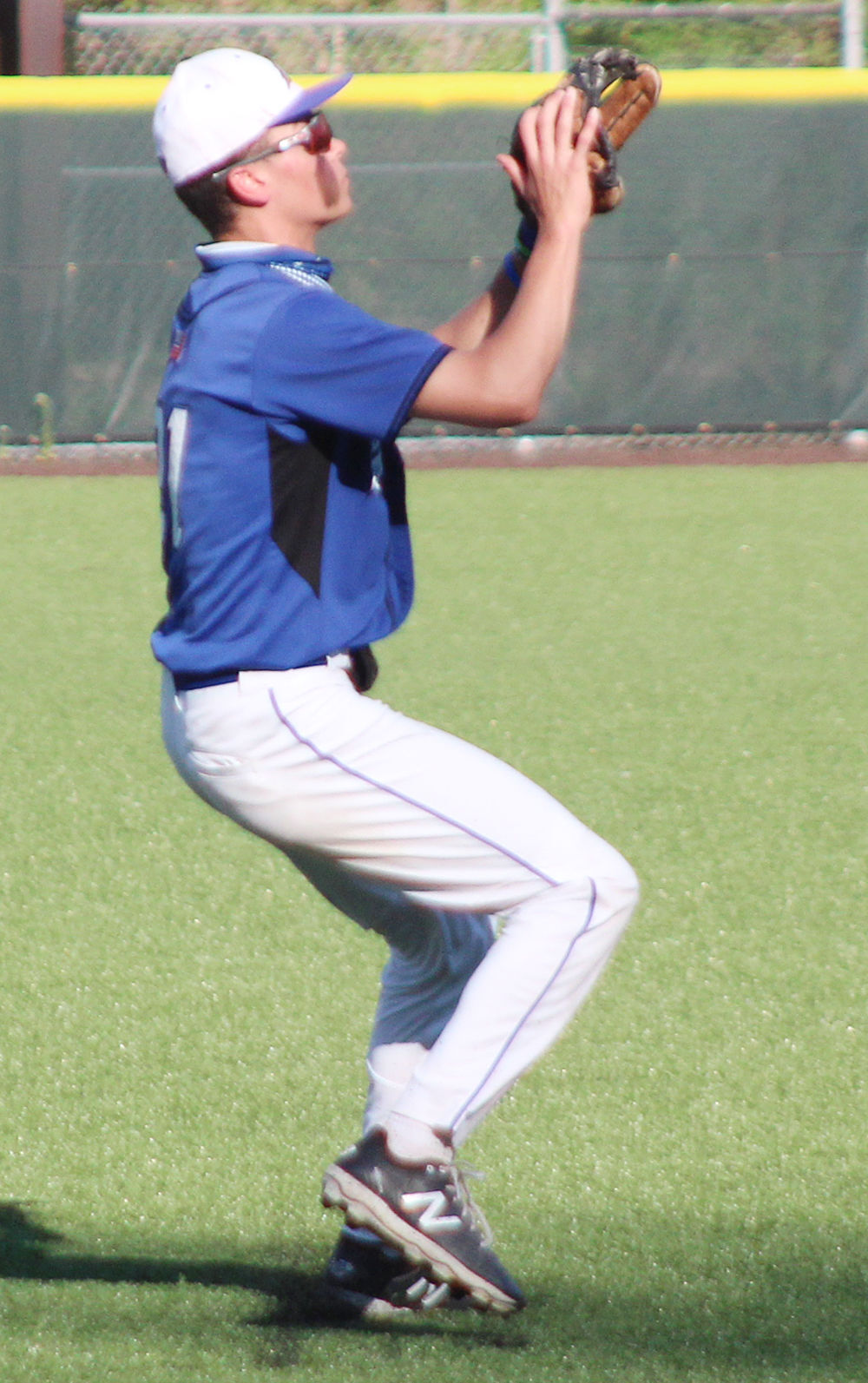 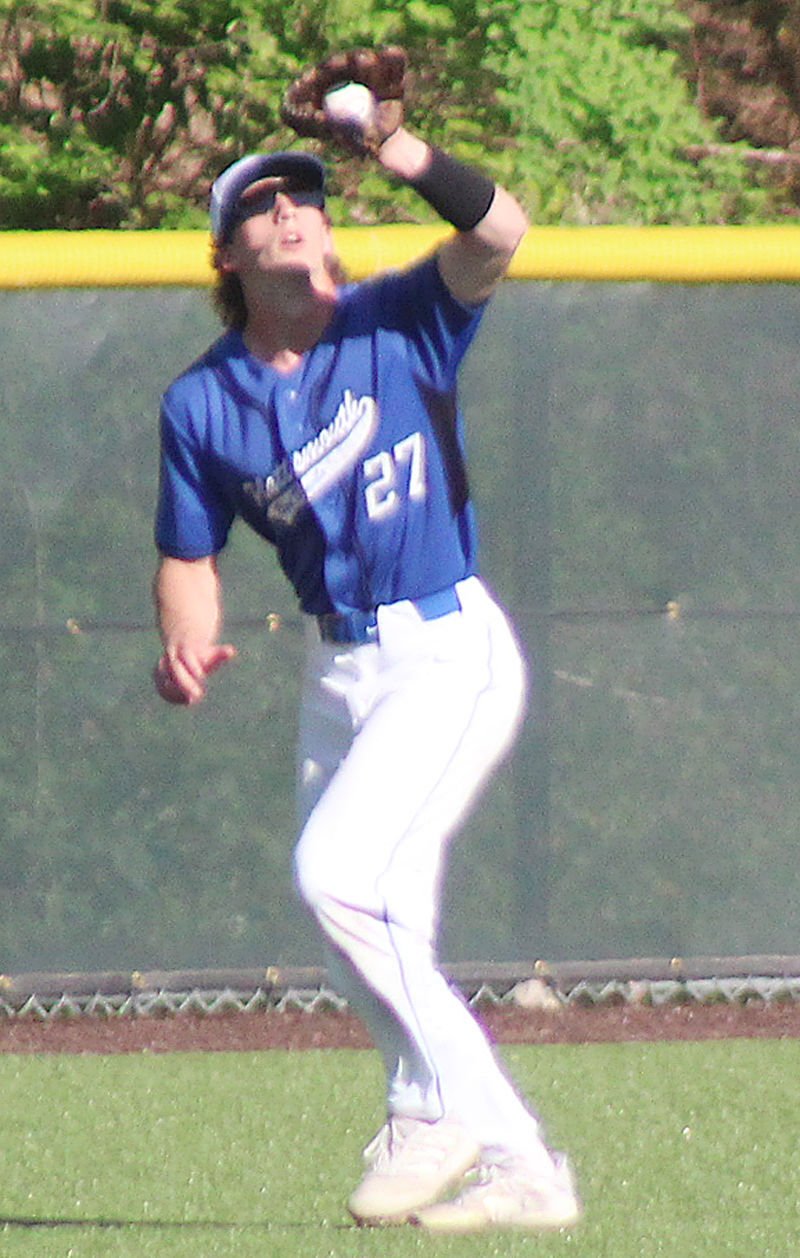 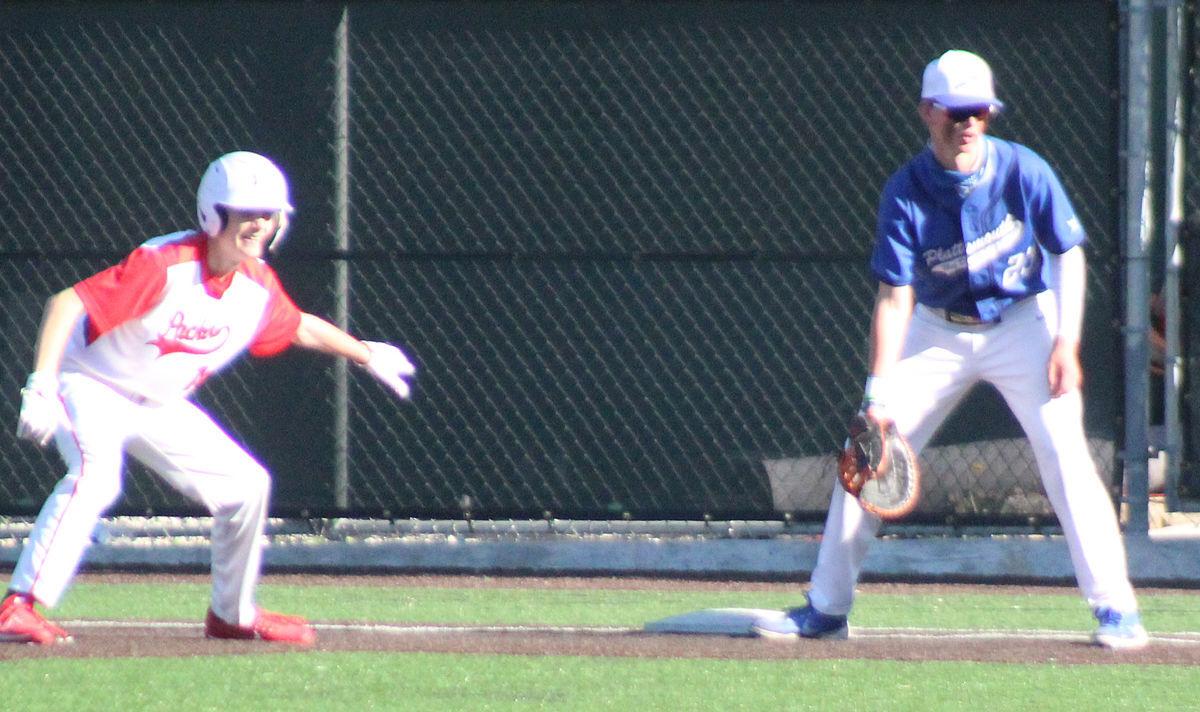 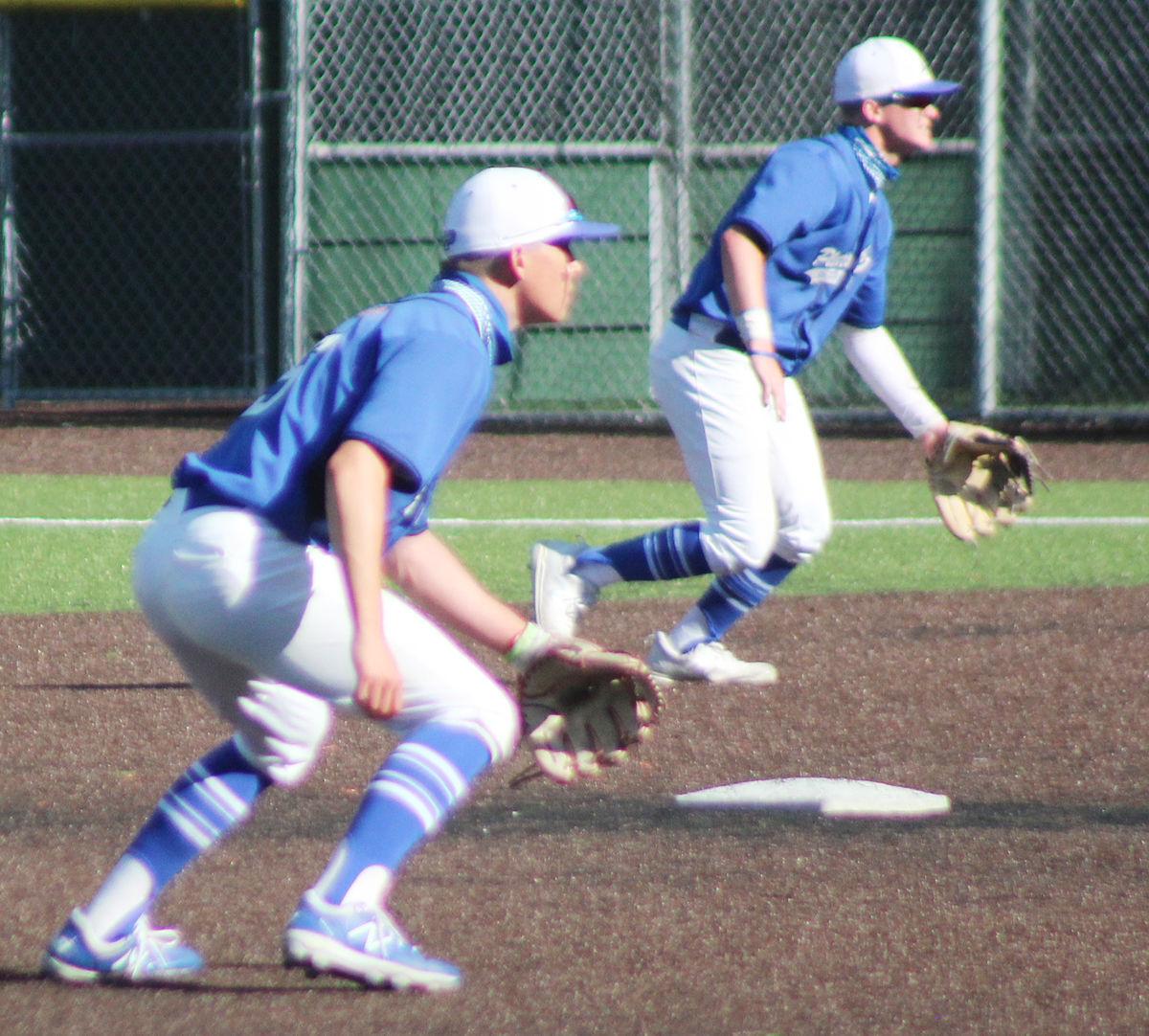 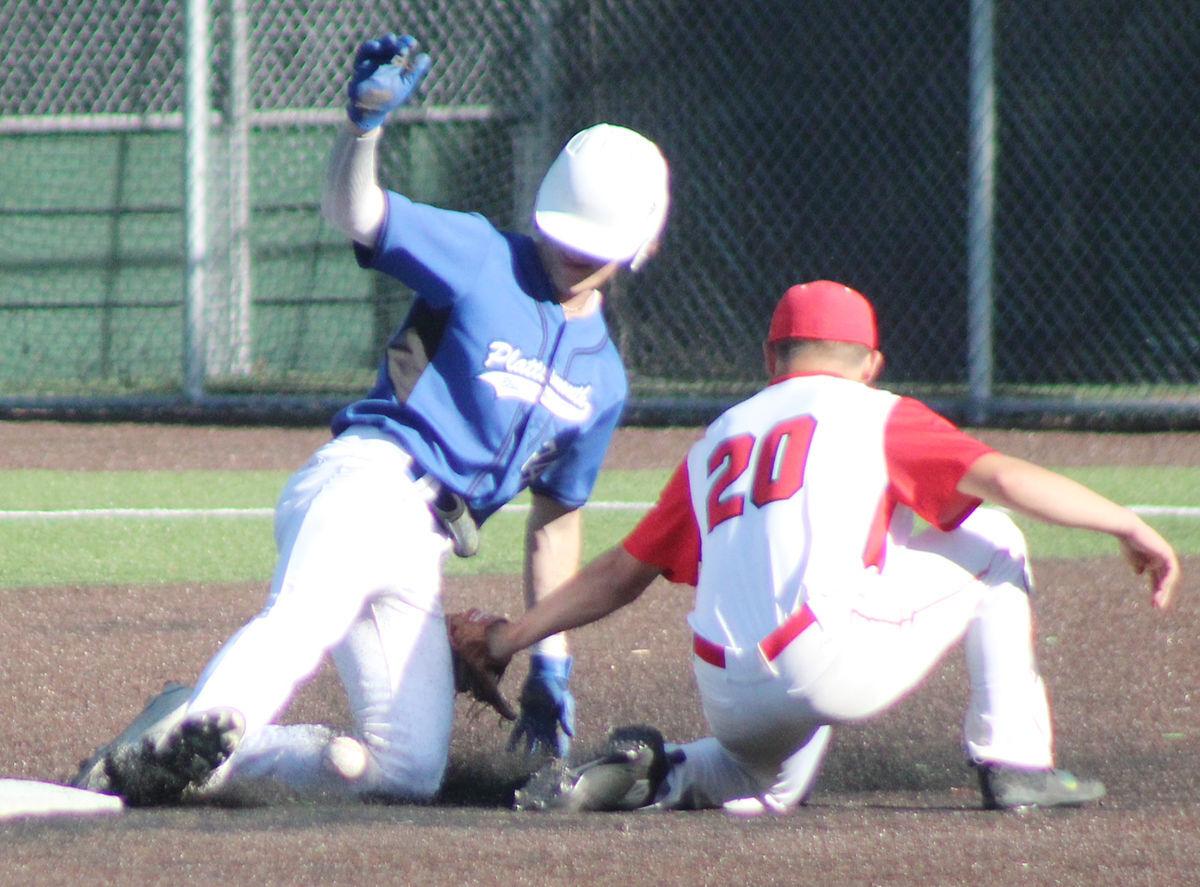 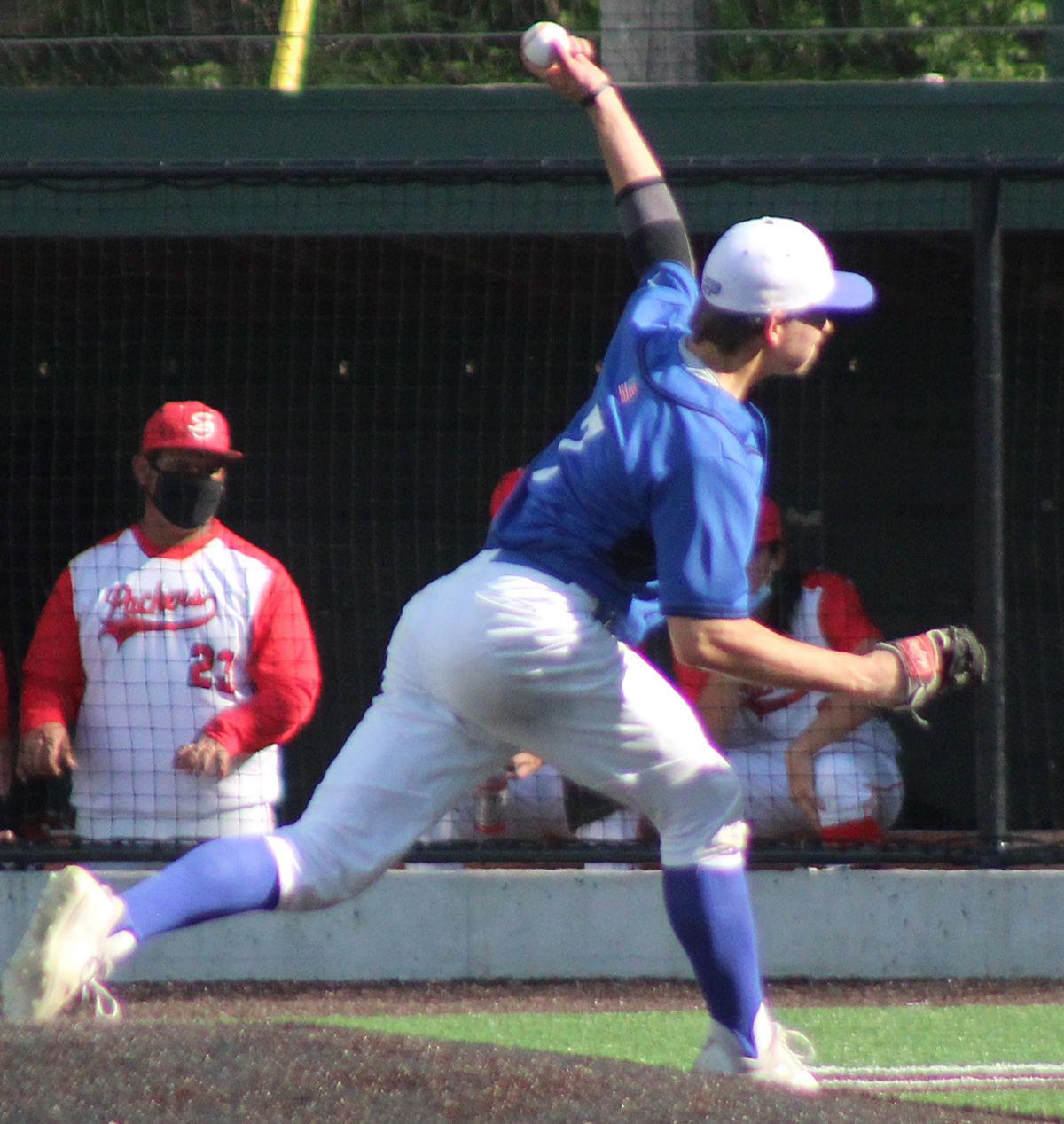 OMAHA – Plattsmouth and Omaha South gave fans at Friday afternoon’s baseball game plenty of fast-paced action from all corners of the diamond.

The Packers won the close matchup by making contact with the baseball in the final inning of the day.

Omaha South edged Plattsmouth 3-2 at Brown Park in Omaha. Vinny Palermo caused a celebration in the OSHS dugout when he scored on an infield error in the bottom of the seventh inning. The game-winning run helped the Packers improve their season mark to 14-14.

Plattsmouth (12-7) relied on Adam Eggert’s arm to silence Omaha South’s offense for much of the game. The PHS ace tossed 6 2/3 innings and allowed zero earned runs. He struck out 13 Packers and yielded just five hits and one walk in his 107-pitch performance.

Omaha South took advantage of an error to plate a pair of runners in the third inning. OSHS starting pitcher Gus Hodoly worked out of a jam in the fourth inning to keep the margin 2-0. Trent Elshire and Evan Miller reached second and third base with two outs, but Hodoly ended the threat with a strikeout.

Plattsmouth struck scoring gold in the top of the sixth. Eggert led off the frame with a single to right field and Max Waters followed him with a walk. Both Blue Devils moved into scoring position on an infield groundout from Drew Iverson.

Ethan Coleman then knocked a sharp grounder to shortstop that was bobbled. He beat the off-target throw to first base to allow Eggert and Waters to tie the game.

The scoreboard remained 2-2 until the bottom of the seventh. Palmero drew a one-out walk and moved into scoring position with a steal. He then leapt over a grounder to shortstop to avoid being called out for running into the baseball. Yoandy Briceno-Lara beat the throw to first base by a half-step to keep the inning going.

Samuel Hodoly ended the game when he knocked an infield grounder in the next at-bat. An infield error allowed Palmero to fly home with the final run.

Evan Miller helped Plattsmouth by reaching base three times in the game. He collected one single and was struck twice by pitches. Eggert delivered two singles and one run for Plattsmouth, and Clyde Hinton pocketed one single during the day.

Waters drew two walks and scored once and Coleman reached base once on an error. Quinton Denton and Elshire each reached once on fielder’s choices. Eggert swiped a pair of bases and Elshire, Hinton and Miller each had one steal.

Plattsmouth will finish the regular season this week before starting district action on Thursday. PHS will head to Lincoln Christian for a 4:30 p.m. game Monday, and the team will play its final home game against Platteview at 4:30 p.m. Tuesday.

The Blue Devils will travel to Hastings for the District B-1 Tournament. Second-seeded Plattsmouth will face seventh-seeded Auburn (1-14) at 2:30 p.m. Thursday, May 6, at Duncan Field in Hastings. The winner will face either third-seeded Wayne (10-7) or sixth-seeded DC West (2-15) at 5 p.m. Friday, May 7.

The district championship game is scheduled for Saturday, May 8, at a site and time to be determined. Hastings (17-5), Fort Calhoun (7-10) and Omaha Concordia/Omaha Brownell-Talbot/Omaha Christian Academy (9-10) are the other teams in the district field.

LINCOLN – Cass County students have earned prestigious state honors for their efforts inside and outside school walls.

PLATTEVIEW – Plattsmouth track and field athletes felt success was in store for them when they traveled to the district meet on Thursday morning.

LINCOLN – Elmwood-Murdock golfers produced successful numbers on their scorecards Tuesday during a trip to the Lincoln Christian Invite.

NORRIS – The Conestoga girls did their best to solve a Norris puzzle on the soccer field Saturday morning.